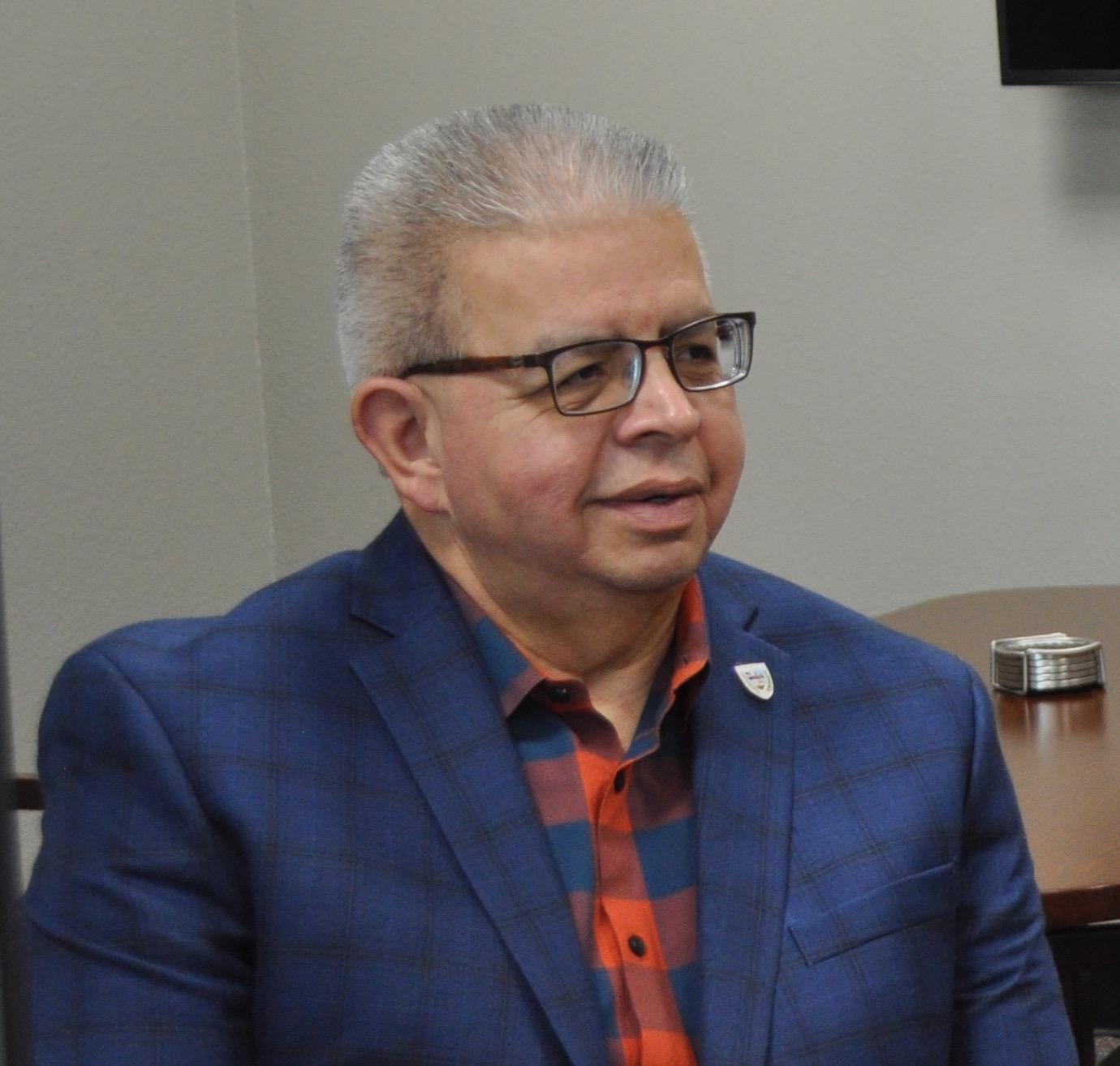 Making sure the city’s heading in the right direction.

That’s the mission San Marcos City Manager Bert Lumbreras has been on for the past 12 months. During a one-year anniversary address, given recently at a Premier Partner event for the San Marcos Chamber of Commerce, Lumbreras said he’s excited to see things happening as a result of reorganizing and prioritizing.

“In our organization I’ve been looking for ‘rock stars,’ those who are up-and-comers, energetic and with a can-do attitude,” Lumbreras said. “People who are willing to give all their passion towards serving their community.”

Lumbreras said he’s finding those with that type of work ethic to help in areas like neighborhood enhancement.

“It’s evident to me we have a lot of issues dealing with quality of life and we’ve not been paying as much attention to those areas as needed,” he said. “So, we’re forming a team. It’s proactively focusing on issues like beautification and quality of life in our community. I think San Marcos needs to shine.”

He said a new set of organizational values, created at the grassroots level by city employees, focus on: professionalism, customer experience, innovation, teamwork and integrity.

“We wanted something that truly represented the best of who we are,” Lumbreras said. “It’s my task, working with our employees, to make sure we’re held accountable to those standards moving forward.”

“This is the result of a trip the city staff took with the chamber of commerce to Greenville, S.C. a few months ago,” he said. “You’ve got to pay attention to this issue and if your city is considered business friendly. When I say ‘business friendly,’ that doesn’t mean to make all the development regulations go away.”

It means being receptive, he said, and ensuring development is progressing the way it should.

“Are we being a hinderance in permitting? Are we causing a lot of bureaucracy and red tape – which is easy for a city to do,” Lumbreras said. “So, we’re doing what’s called process improvement for our development and permitting.”

Lumbreras said it means watching permits from start to finish and adjusting where needed throughout the process.

In the areas of governance, Lumbreras said it’s his job to help the council be successful.

“Last January we had an ‘advance,’ he said. “Some would consider it a retreat, but I wanted to change the word to reflect we were moving forward. We addressed several priorities, one of which was stormwater management.”

He said the city was receiving federal monies to address the issue, and revenue from utility fees. Lumbreras said he’d seen maps of San Marcos, from previous floods, where the city was virtually under water.

“That scares me,” he said. “We’ve got to pay attention to our stormwater management.”

Other initiatives include downtown parking management.

“Most of the downtown business owners are in support of it,” he said. “I think everyone sees the benefit of turnover parking versus someone parking in the same space all day, preventing the exchange of commerce.”

Lumbreras said it’s incumbent upon the city to be diligent in terms of the redevelopment of downtown. Revenues collected from parking fees will be refocused downtown to improve things like sidewalks and landscaping.

Public transit is also an issue. Lumbreras hopes to partner with Texas State to make it even more efficient.

Workforce housing is a major concern for Lumbreras.

“More than 70 percent of the individuals living in San Marcos are renters leaving 30 percent as homeowners. That’s not a healthy mix,” he said. “We’re not looking at low end, subsidized housing. We’re not looking at high end housing. But statistics show the average family can only afford a home that cost around $151,000.”

Lumbreras said the average MLS listing puts a home at $206,000 in San Marcos.

“That’s a big gap. So, we’ve created a workforce housing taskforce to work with developers to produce a solution to close the gap for first time homebuyers.

Lumbreras ended his remarks speaking about the need for new city facilities.

“Voters approved bonds for these projects and we’re working to get things moving on the ground,” he said. “We’ve got a lot of programs going on. It’s an exciting time to be in San Marcos.”