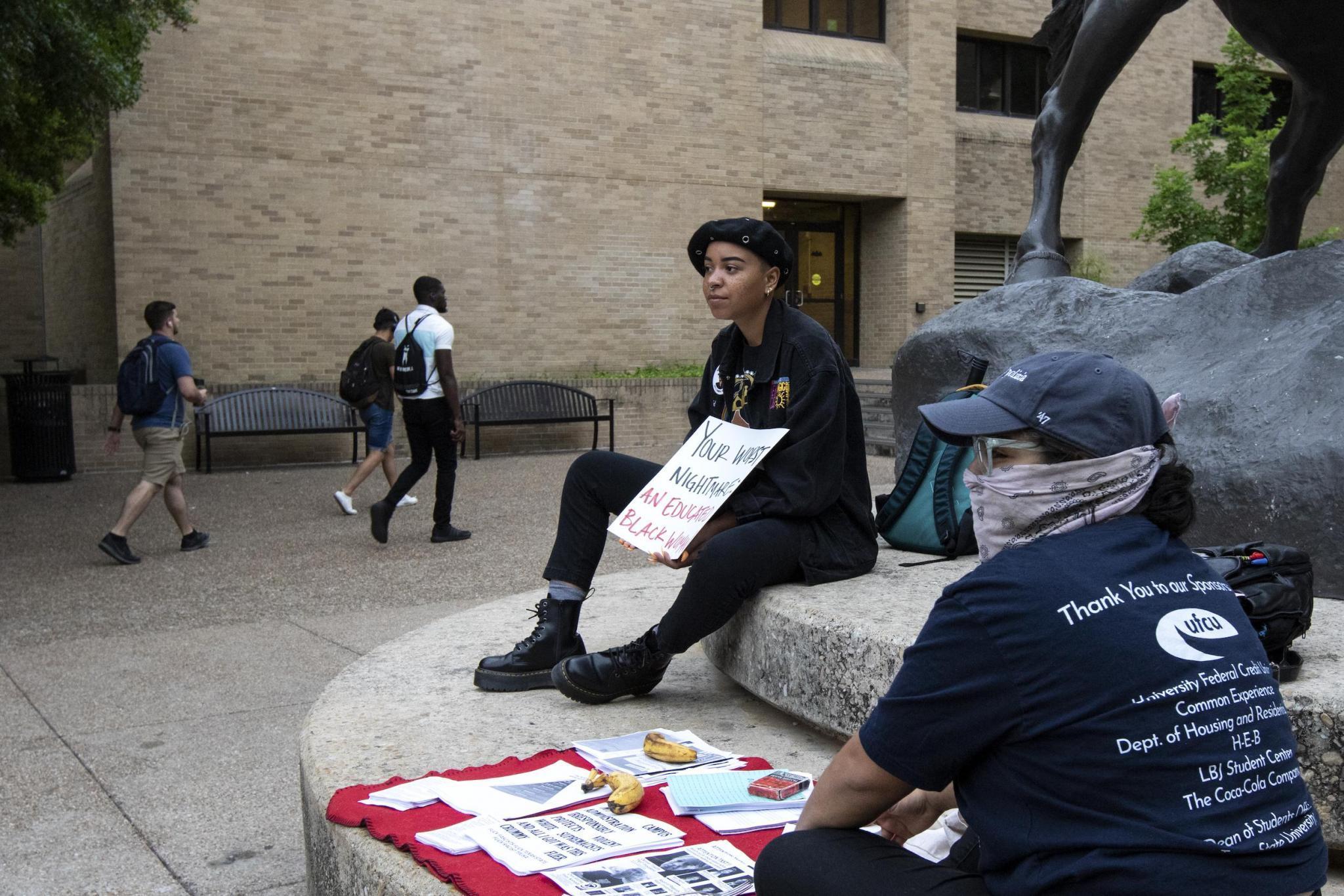 Tensions remain at Texas State University after an incident at the Quad led to the arrest of four students on Wednesday.

Posts on social media indicate that the incident began when a student wearing a “Make America Great Again” or MAGA hat approached students in the Quad who were protesting a scheduled Texas Nomads SAR march. According to accounts posted on Twitter under the #txst hashtag, someone grabbed the hat off the student’s head and an altercation began.

University spokesman Jayme Blaschke said the cause of the incident is still under investigation. However, the Texas State chapter of the Young Conservatives of Texas claimed on Twitter that it was a YCT member whose hat was taken from him.

“The events that happened today on campus are disgusting. #VIOLENCE should #NEVER be used in the name of #politics,” the YCT chapter tweeted Wednesday. “One of OUR members was #ASSAULTED, simply for expressing his right to wear a #MAGA hat! This is why #conservatives can never stop defending our god-given [sic] rights.”

A GoFundMe account has been set up at http://bit.ly/2vw9zwQ to help the students with legal expenses.

It appears that the right-wing Texas Nomads SAR, however, was not on campus Wednesday after all. The group, which typically records its activity and shares it on social media, has not posted videos or photos of itself on the Texas State campus on its Twitter account. Blaschke said to the best of his knowledge, there were no outside groups on campus Wednesday.

“Students may well have thought they were on campus, but they never showed,” he said.

“Four fellow Bobcats were arrested today after an altercation took place in which a person wearing a ‘Make America Great Again’ hat had his hat taken from him after he incited arguments and altercations,” the statement reads in part. “We are unsure of the rationale the University Police Department used to make these decisions and we will not comment on this. We are sure, however, that the person in the hat went to the Quad for a simple reason: creating division and reaping attention from that division.”

The College Republicans also stated, “The Young Conservatives of Texas at Texas State have tried to use this incident to claim victimhood by the campus left. This is untrue and without context and we are obligated to call a spade a spade. Bobcats of all persuasions are united in their opposition to these antics. College Republicans will stand for our principles, even when at odds with acquaintances.”

The YCT also tweeted, “Sooo, When @TXSTCR can benefit from the hate a student recieves [sic] on a DAILY BASIS for wearing his #MAGAhat EVERY DAY, its alright [sic]. When they can’t benefit they claim their “#FRIEND” was ASKING FOR IT? And yet, that is somehow true #conservativevalues? No.”