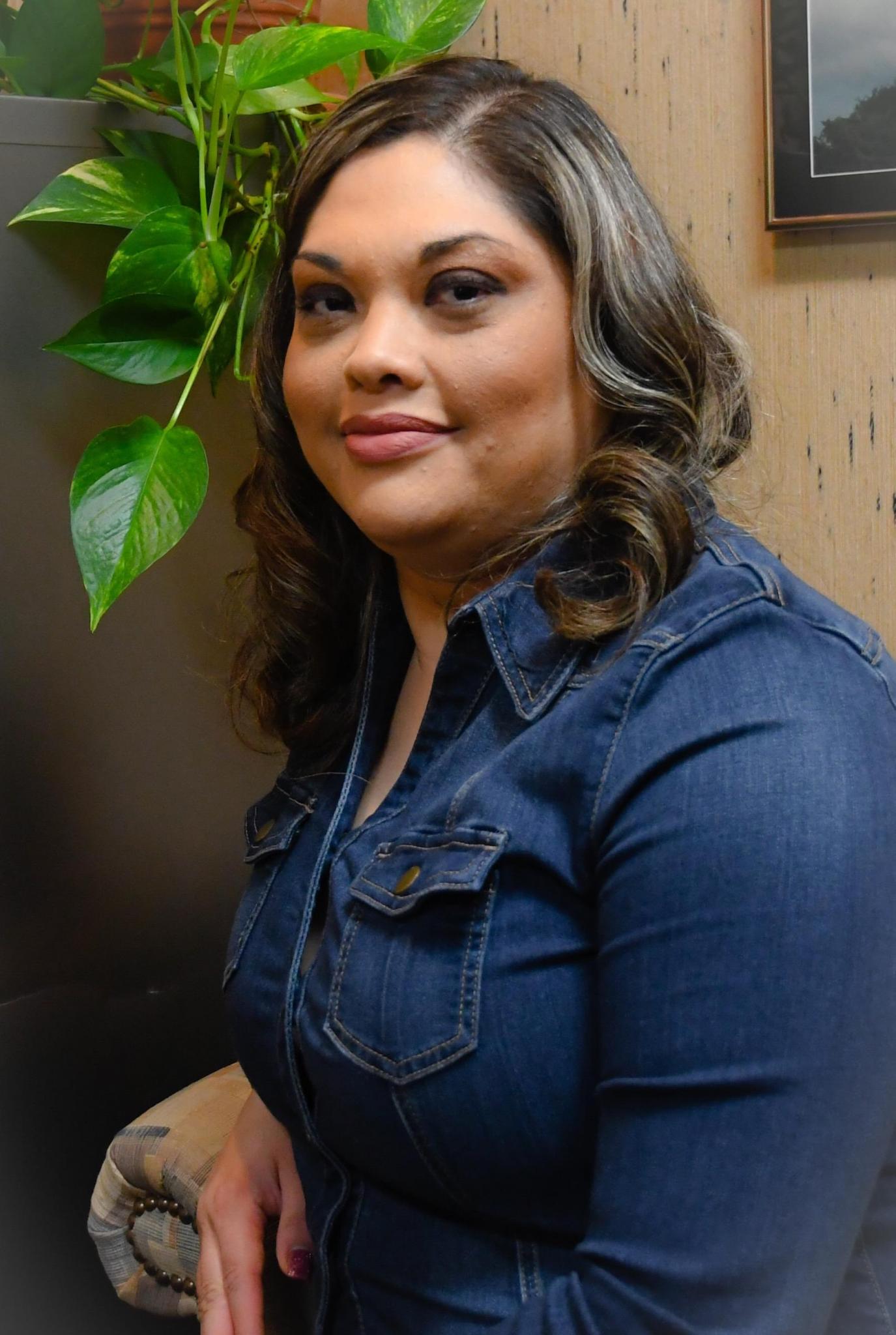 April Castro had her first experience with the possibilty of breast cancer at age 21. Daily Record photo by Lance Winter

Editor’s note: This is the fourth and final installment of a series focusing on Breast Cancer Awareness.  The San Marcos Daily Record has featured local women who have battled this terrible disease and lived to tell their stories. It is our hope those on a similar journey, draw comfort and inspiratio from their words.

Amanda Castro lives by two simple rules. Rule #1 is to never give up. Rule #2 — remember rule #1.

She was just 21 years old during her first encounter with the possibility of breast cancer. Shocked, she and her family were at hearing the news at such a young age, but relieved that it took only minor surgery on her right breast to perform a lumpectomy.

“I didn’t think much about it afterwards,” Castro said. “After all, it was benign.”

More than a dozen years went by without incident. Castro was involved in a career as a Parole and Probation officer in Travis County. She had been on medical leave for a separate issue having had seizures that doctors thought may have been stress induced.

It was closing in on Valentine’s Day and Castro and her husband decided to celebrate by traveling to San Antonio for the occasion. Prior to their adventure, she performed a self-examination because, as she said, she, “hadn’t been feeling right.”

“Both times I discovered something, it was by performing my own self-exam,” Castro said. “The first time it was on my right breast, but this time it was on the left and much larger, different from the first.”

So, in a text message, she reached out to her doctor who happened to be a friend.

“She told me she’d be in the office the next day – Sunday — catching up on work and to come in and she’d perform an exam,” Castro added. “She was concerned with what she found and scheduled me for a mammogram the following morning, along with an ultrasound.”

Following the test, Castro was told to wait until they had retrieved her husband from a waiting room before they spoke with her.

“I knew that wasn’t good,” she said. “I tried not to freak out and then they brought in pamphlets about breast cancer. That was it! I started to cry. Thankfully my husband was there to comfort me.”

Later, they performed a biopsy and Castro was told it was Stage 1 — and it looked as though they caught it early.

There was no lymph node activity and no need for radiation or chemotherapy. Nevertheless, Castro said she’d had enough.

“Oddly, it was difficult to find a surgeon. Each told me I was too young to have a double mastectomy,” she said. “But I didn’t want to deal with it anymore.

People I‘ve spoken with, who opted not to have surgery, said their cancer came back, and even more aggressively. I didn’t want that.”

It wasn’t until the fifth surgeon before she found one who would perform the operation. Once she was under, doctors performed the removal and reconstruction of the breast at the same time using a technique called the DIEP flap.

It’s where blood vessels called Deep Inferior Epigastric Perforators (DIEP), as well as skin and fat connected to them, are moved from the lower abdomen and transferred to the chest to reconstruct a breast after a mastectomy. All without the sacrifice of any abdominal muscle.

All total Castro was under for 18 hours.

After recuperating, she wanted to take her experiences further. She began volunteering at Community Action, Inc. which develops opportunities for people and communities to realize their potential by providing resources and comprehensive services to empower Central Texans of all ages to become self-sufficient.

Castro pushed forward even further, enrolling at Texas State University to pursue her master’s in social work. There she became the recipient of the American Association of University Women grant for 2018-19 enabling her to pursue academic work and lead innovative community projects to empower women and girls.

Last year she spoke to young girls at San Marcos High School and since has traveled throughout the county speaking on the subject.

“If I hadn’t done self-exams the outcome could have been very different,” she said. “Early detection is key.”

Learn More about Community Action Inc. and the services they provide to Central Texas on their website.