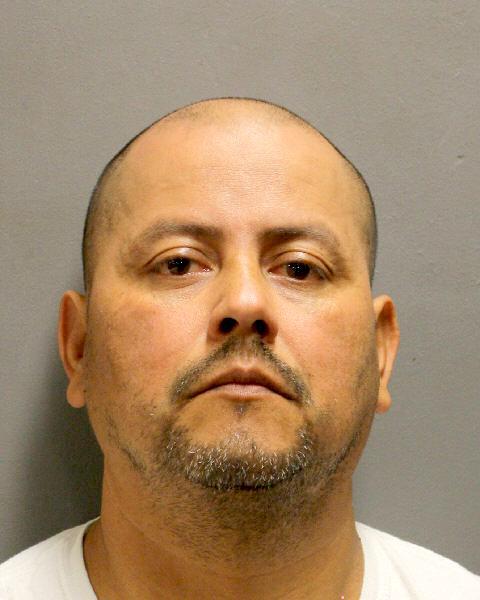 Suspect jailed in hit and run fatal near Kyle

KYLE – Kyle Police say a suspect is in custody in connection with a May 27 fatal hit and run that occurred on an Interstate 35 frontage road.

Gilbert Villegas, 47, of San Marcos, was apprehended Wednesday near Houston by the Gulf Coast Violent Offender Task Force. He was charged with accident involving death, a second-degree felony. Villegas is accused of striking John Lyon, 53, of Kyle, while he was riding a bicycle along the I-35 access road in Kyle near Yarrington Rd.

Police believe Villegas, who did not stop to render aid, then fled the Kyle/San Marcos area after the accident. Lyon was discovered by the driver of another vehicle. According to online records, Villegas has a history of violent behavior including arrests for assault on a peace officer and aggravated assault causing serious bodily injury.

“Based on evidence at the crash scene, authorities were searching for a charcoal gray 2009-2010 Kia Optima that would be missing the right front passenger side mirror and would likely have damage to the bumper on that same side,” Lt. Andre Marmolejo said. After more investigation, they learned it is a  dark grey 2010 Kia Optima, bearing Texas license plate DPT7314. Though Villegas is in custody, the vehicle has not been recovered.

“We believe additional individuals and charges may be forthcoming, as it is possible that family or friends aided in covering up details about the accident up to and including hiding the Kia and making false statements to investigators,” Marmolejo said.

“If you see this vehicle, please contact the Kyle Police Department at 512-268-3232 or your local law enforcement agency,” Marmolejo said.