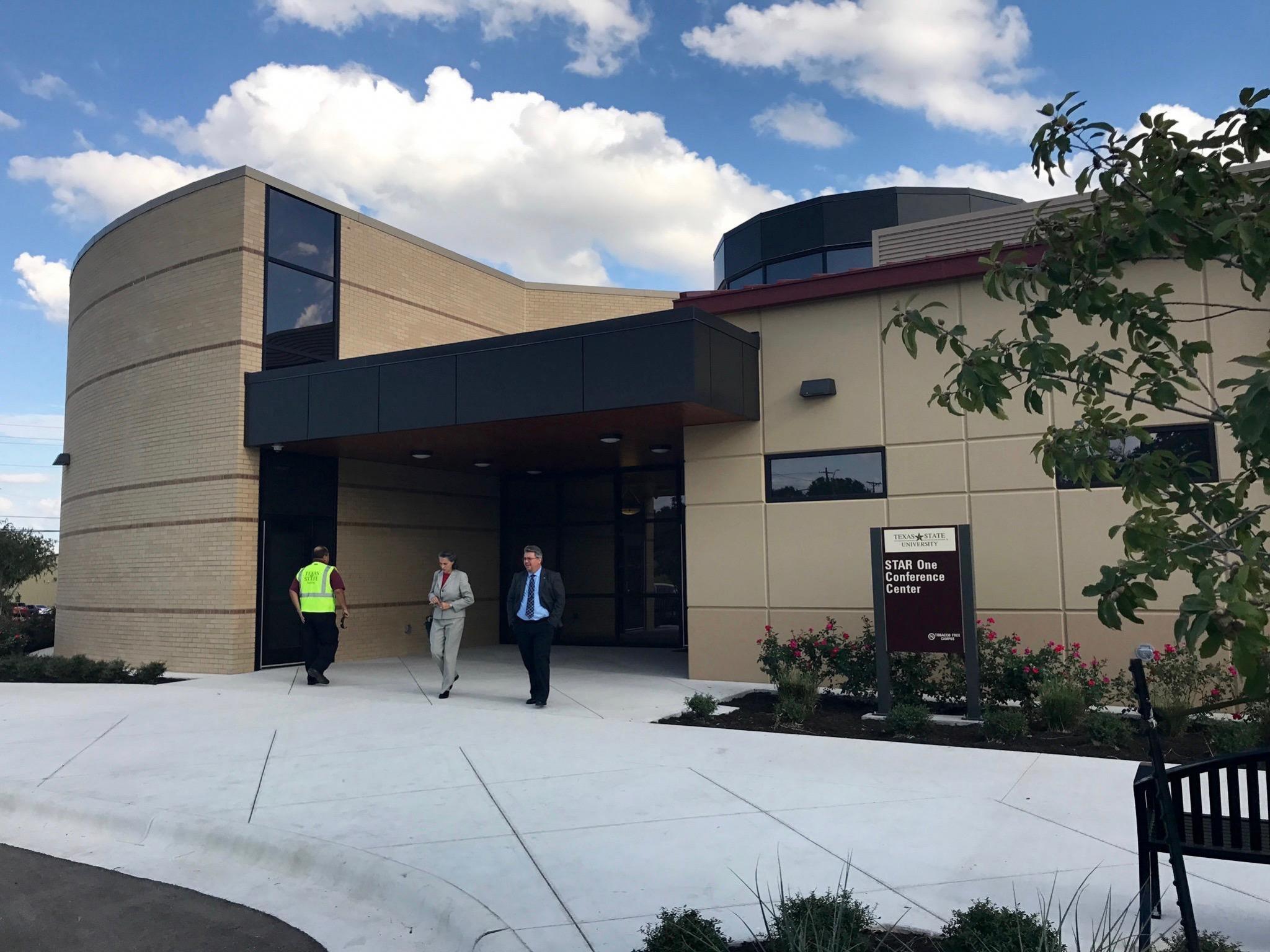 Three finalists were named — Nabaco, SurgePower Materials and Herder — and received $20,000 and space at STAR Park’s business incubator for one year.

There were two requirements to enter Saturday’s competition. A team had to have one member that had a defined role on the team and a Texas State ID, either a student, staff or faculty member. Additionally, teams had to have a proprietary and scalable technology.

“We weren’t looking for folks who would turn into a lifestyle company that can support two or three people,” Frayser said. “These are ones that would have a real impact on their industry and create significant jobs and interaction with the University.”

Carlos Corona, a member of Nabaco, said being named a finalist in the competition will allow his company to receive support to help the business continue to grow.

“We have space now to help organize our operations and potentially a mentor, who can help us,” said Corona, who graduates with a bachelor’s of science degree in chemistry from Texas State this semester. “That’s another big thing that these competitions are – connections … The connections you make are really valuable.”

Nabaco produces a food coating called Natuwrap, which increases the shelf life for produce. The company’s mission is to reduce food waste and feed hungry people. Nabaco has competed in multiple pitch competitions this year, including the prestigious Rice Business Plan Competition, where it won $102,500.

SurgePower Materials produces a nanomaterial that can extend the capacity of cell-phone batteries. The nanomaterial also allows for extremely fast phone charging.

“Our pitch starts with the problem which we are addressing, which is a $1.3 billon problem,” said Dr. Michael Opoku, president and CEO of SurgePower. “Most of the limitations in terms of the capacity of your cell phone and also in terms of charging and all other problems are all related to graphite (in the anode in cell-phone batteries). With our technology, our technology solves the graphite problem. So, we have a material called graphene … it has more surface area, which translates into more capacity. It also translates to faster charging of your battery.”

Opoku said being a finalist gives SurgePower two things: “First it gives us enough space for us to expand our operation, especially in the pilot part. The other part it offers us up to $20,000, which we are going to use to produce our material.”

Herder was the third finalist. The company’s goal is to make cattle herding smart and easy. The vision is to use new technologies in GPS and health monitoring to revolutionize how cattle are raised and beef production. Herder will use an ear tag on cattle, which will send messages to a mobile app that will give updates on users’ cows.

Maeve Garigan, founder and CEO of REAP LLC, who pitched Herder at Saturday’s competition, said being named a finalist is thrilling.

“It’s so important to have this valuable research underpinning what we’re doing,” Garigan said. “I want this technology to be valuable and executable, precise and reliable … So, doing this foundational applied research here at Texas State and Freeman Ranch with support from (Texas State) professor (Elizabeth) Benavides is huge. This really provides us an underpinning to making sure we have a product that works really well and really suits ranchers needs.”

Frayser called Saturday’s event fantastic. He added that with a wide variety of technologies and good buy-in from faculty members, it shows “there’s a real appetite for this (competition).”

“Unlike normal pitch competitions, this one is intended to end up in creation of actual viable companies and they will be allowed to apply for admission to the incubator as a full-incubator company at the end of the year,” Frayser said.