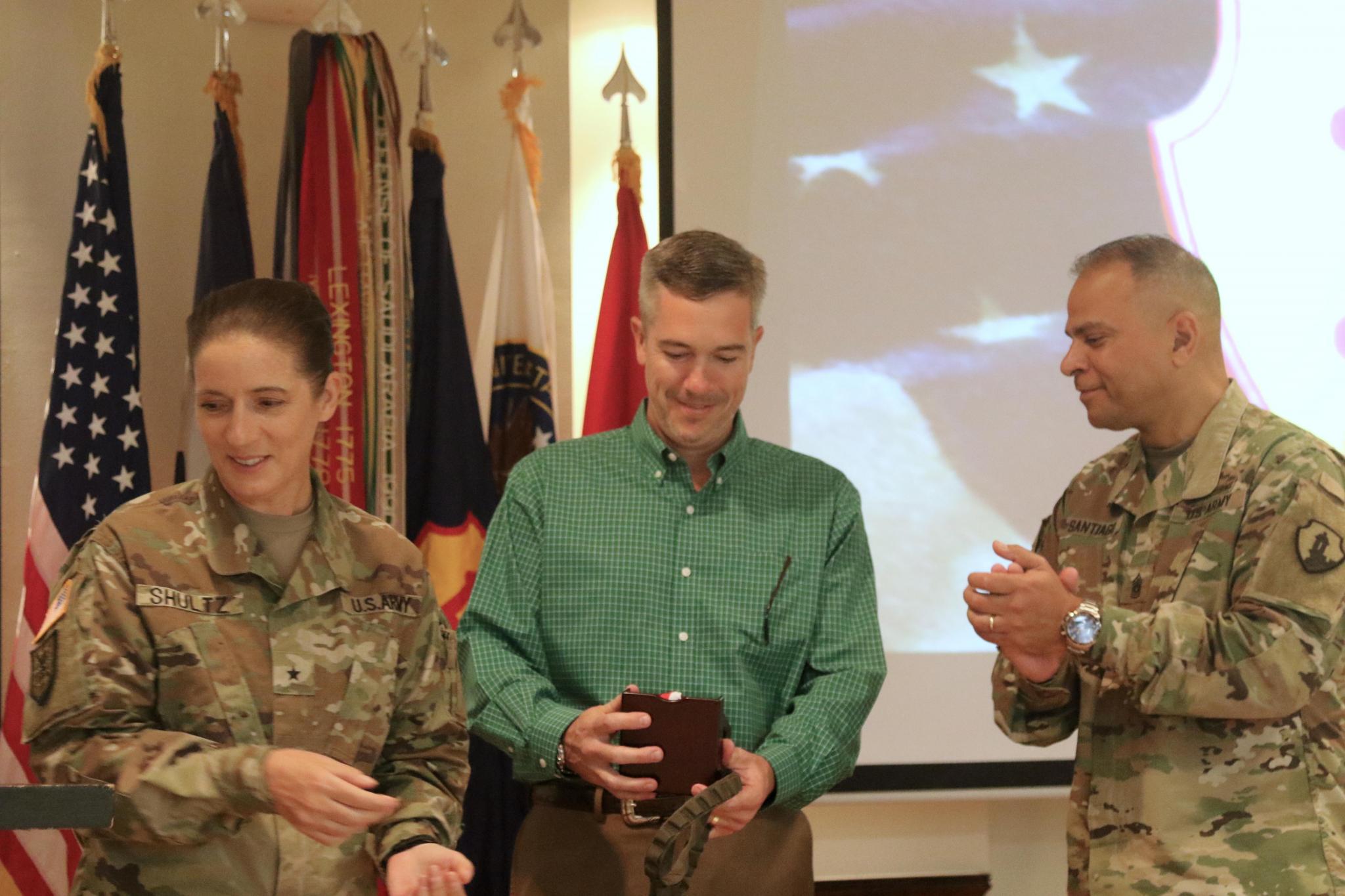 The March 23 ceremony recognized Schultz’s service around the island during the aftermath of Hurricane Maria.

Schultz, who is the husband of Brig. Gen. Dustin (Dusty) A. Schultz, spent long hours driving through storm-ravaged streets and neighborhoods to supply newly-established USO (United Service Organization) centers, according to a citation read during the ceremony.

“I think most of you were probably here with us during that time of trouble called Hurricane Maria, and I know that for me, and probably for those of you that were here, we experienced that very present hell,” Schultz said, adding that he considered it a pleasure he was able to help and is “very appreciative that I had the opportunity.”

In the wake of the hurricane, Schultz discovered that the USO was no longer operating in Puerto Rico, so while he was back in Texas to visit family he asked the USO in San Antonio for help.

“I really can’t say enough good things about the USO. They didn’t have to do any of the things they did, but they stepped up to the plate, and sent their people here. It was really the USO volunteers that came here who did the heavy lifting and set up those USO centers. I was happy to help but they deserve a lot of credit for helping and going above and beyond,” Shultz said.

During the emergency, the U.S. Army Reserve-Puerto Rico mobilized approximately 2,000 soldiers in a short amount of time to assist local government with resources, skills and specialized logistical resources.