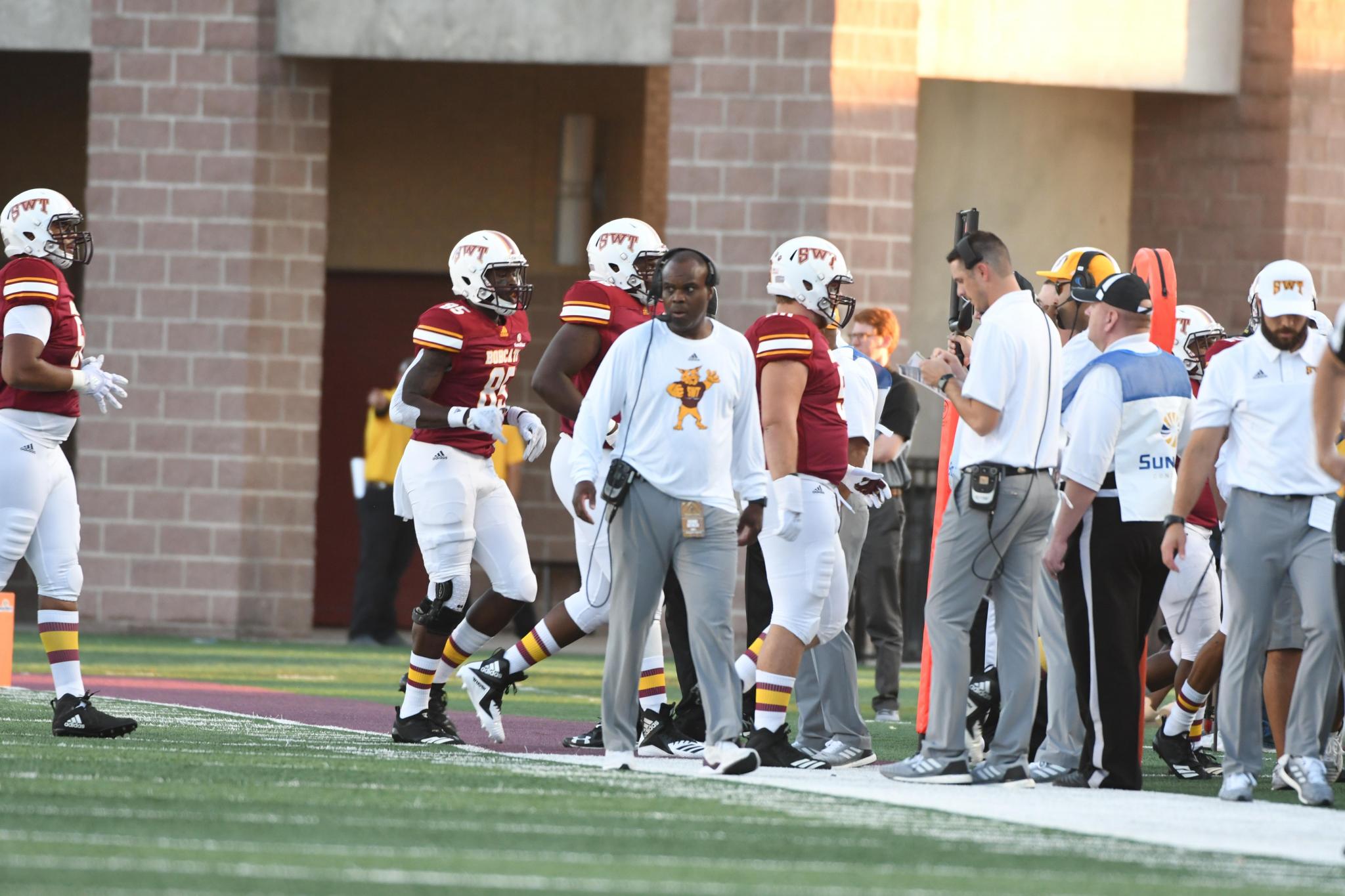 Withers came a game short of completing his third year with the Bobcats. Texas State went 7-28 during Withers’ time in San Marcos and only posted a 2-21 record in Sun Belt conference play.

“I met with Coach Withers Sunday morning to inform him of the University’s decision,” Texas State athletic director Larry Teis said in a statement. “We are thankful for his contributions to our program. His teams performed well academically and were heavily involved in the San Marcos community. But, we didn’t have the same type of success on the field. We were close several times this season, but we just didn’t win the games.”

“It’s always a tough thing,” Woods said at Texas State’s weekly press conference. “This is the life that we have chosen as we say, and it is a big boy’s business and we understand, while not maybe necessarily agreeing all the time, but we do understand that it’s a wins and losses business at the end of the day. And certainly other things are important but we all recognize that the results were not what any of us wanted.”

Woods said the team’s reaction to news has been varying. He said the older players have handled it with a mute disappointment, while the younger players are distraught.

“My first initial reaction was, I mean, obviously I was upset,” senior safety A.J. Krawczyk said. “We were upset. We loved (Withers). He’s been a mentor to us. Ever since he’s gotten here, he’s fought for us. He’s swung left and right for us. I mean, I’ll go down with that man. That man is literally why I’m on scholarship, is because of that man … I could never thank him enough for that.”

The move to fire Withers came at an odd time, with one game left to play in the 2018 campaign. Texas State had shown improvement on the field, despite only claiming one more win than it finished with in 2017.

“We appreciate his three years of service to Texas State,” university President Denise Trauth said in a statement. “We did the right thing academically and off the field, but the Sun Belt Conference is a tough league.”

Withers was hired by Texas State on Jan. 6, 2016 from James Madison University, where he led the Dukes to an 18-7 record in two seasons as their head coach.

Texas State has not established a time table for hiring a new head coach.