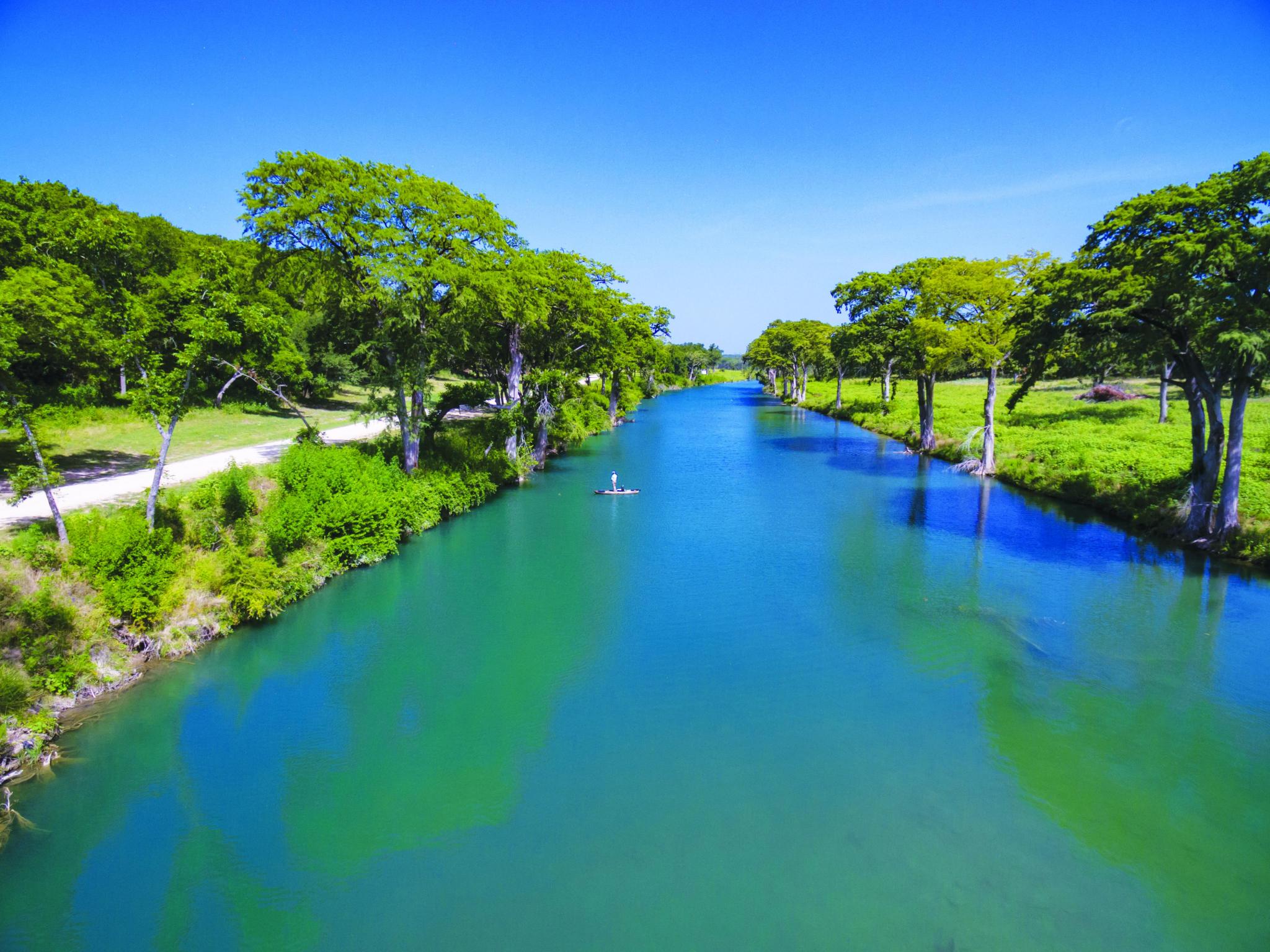 The natural beauty of the Texas Hill Country on display at El Rancho Cima. Photos of El Ranch Cima were previously provided by Republic Ranches.

The dream of public access to the Blanco River in the Wimberley Valley may just become a reality.

El Rancho Cima, the former Boy Scout Ranch on Farm-to-Market Road 32 on the outskirts of Wimberley, has the possibility of becoming a county-owned natural area and park with more than a mile of riverfront.

Just a few months ago, the possibility of the 2,382-acre property becoming a park was long gone. After initially going up for sale, a grassroots campaign to purchase and conserve the land had seemingly failed as the property was bought and subdivided.

“It turns out, that may have been our saving grace,” Hays County Commissioner Lon Shell said. “It became more possible for the county to get involved when it was in smaller tracts.”

The premier tract of land is around 500 acres along the Blanco River.

“We contacted the Hill Country Conservancy to see if they were interested in some partnerships,” Shell said. “They put a contract on that river tract a few months ago, and the plan was for the county to work towards a partnership to join them and that is what we are trying to do.”

In the last Hays County road bond there was money set aside to purchase land for habitat conservation to offset any habitat that would be taken by new roads or development as part of the county’s habitat conservation plan. Shell believes this property, which he said has a large amount of Golden Cheeked Warbler habitat, would be a great way for the county to use the funds.

“I think it is a unique opportunity,” Shell said. “It is an iconic piece of property with Devil’s Backbone and the Blanco River frontage. There are many benefits to the public… Most people know the Backbone and Sentinel Peak. Even though it is on the edge of our county people will understand its value and the importance of protecting it… There are properties across the county that have the same environmental values as this one, but the ability to have one that is this iconic and with that amount of habitat and that amount of river makes this a really unique property.”

While the county is only discussing the purchase of about 500 acres of the land, there are other pieces of the puzzle in motion to try and conserve most of the entire property.

Two of the other tracts of land are privately owned, and the county is working with those property owners on the possibility of creating a conservation easement on the land to keep it from being developed. Another tract of land includes much of the infrastructure that used to make up the Boy Scout Ranch. The Capital Area Boy Scouts, which is not the same Boy Scout group that sold the property, is considering purchasing that tract to keep the property in use as a camp. If all the plans are successful, it could preserve a large portion of the entire property.

How the property will be used is another question that still remains to be answered. Shell said that they have had some preliminary talks with the nature conservancy on the best way to balance public access while also protecting the land. He said that it could be operated similar to the Jacob’s Well Natural Area, which allows reservations to a limited number of people during different parts of the day.

Shell said that public support will be critical to see the project come to fruition. He is hoping to bring the topic up to the entire Hays County Commissioners Court on Tuesday, October 15 to “present the concept to the commissioners court to start working out some more details and then start working towards the eventual goal of finding a way to partner with the nature conversancy.”

“There has been a great deal of interest in conserving El Rancho Cima,” Shell said. “We have been working on ways in which to participate in these efforts and now have the ability to secure a 533-acre portion of the ranch that has frontage on both sides of the Blanco River. This gives Hays County a unique opportunity for conservation and partnership opportunities to preserve water quality and endangered species habitat as well as provide public access to a special part of the Texas Hill Country.”