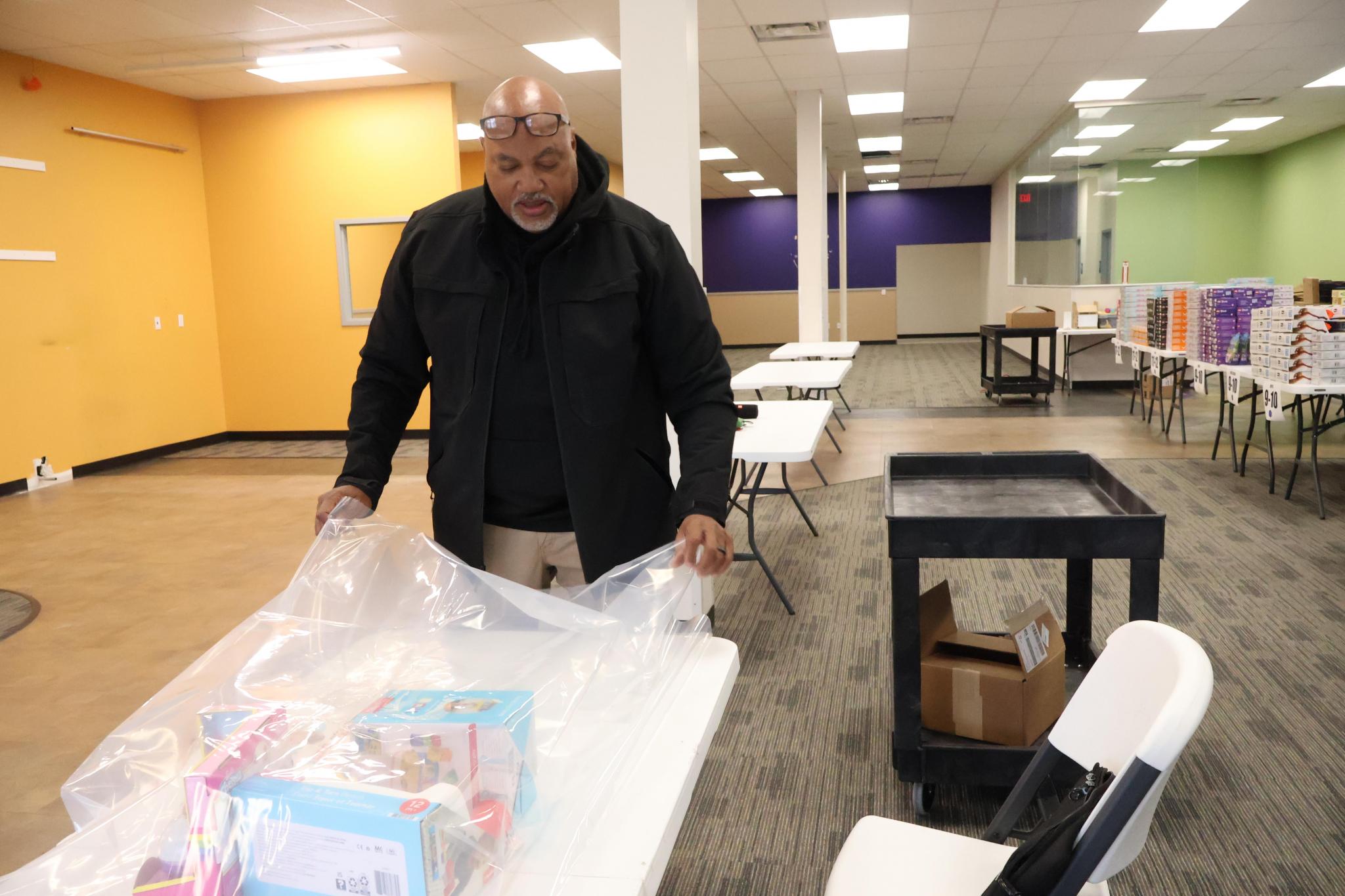 The San Marcos Police Department’s Blue Santa Program is celebrating its 50th anniversary. This year, Texas State University’s police department is partnering for Blue Santa. Above, SMPD Cpl. Laray Taylor places gifts that will be given to children this holiday season. Below, toys have been stacked, ready to be bagged. Daily Record photos by Zoe Gottlieb

“One night, I saw an advertisement,” Taylor told the Daily Record. “It was for Scrabble Frenzy, which is a little twist[er] that you spin words [on].”

“Anyway, you can get three of them for something like $5, there’s a special. The toys were like $25 to $30,” he continued. “So I called the manager and said look, this is who I am. I need that in bulk, and I need to provide for a lot of kids cause our older kids are always a challenge to buy for.

After working 15 years in narcotics, Taylor was thinking about retirement. Now, he works as a community service officer in charge of SMPD’s Blue Santa — a program that uses community donations to purchase toys for families in need.

“I was going, ‘What am I going to do, because I’ve been a detective for 15 years and now I’m leaving. Do I have to leave?’” Taylor said. “And the position came open in community services, and I went, OK.’”

Blue Santa, started by the Police Academy Association in 1972, is the largest holiday toy giveaway in San Marcos, distributing toys to more than 350 families in 2021.

In celebration of its 50th anniversary, Blue Santa has partnered with the Texas State University Police Department.

According to Taylor, before COVID hit, gift wrapping for Blue Santa was an event that drew “anywhere from 90 to 120 people show[ing] up every night just to wrap gifts.”

“So we made it a big Christmas party. We had Christmas music, snacks for everybody, [and] Christmas lights. It was a lot of fun, and it got the community involved,” he said. “We were hoping to do that this year if we would’ve had a larger building.” 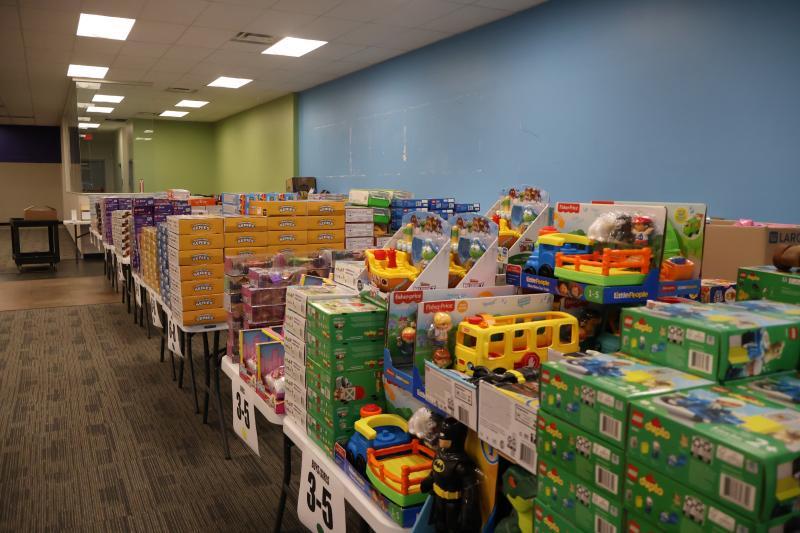 Taylor, who does all the shopping himself, said he always looks a year ahead when shopping for Blue Santa, “because if we don’t we’ll be in trouble.”

When Taylor shops for toys, he wants “something that’s going to challenge their minds that’s fun.”

“Every child gets two toys,” Taylor explained. “So, if someone grabbed a Batman, they can grab one of those Duplo LEGOs in that age range, so they have the Batman - which little boys like, but they have something also they can play with and that can challenge their minds.”

According to Taylor, Blue Santa is not only a community-building event but an event that builds a foundation of trust between citizens and the police.

In other words, “It shows that we care,” he said.

Families can still apply to receive toys from the Blue Santa program.

SMPD is accepting completed applications until Monday, Nov. 28 at 5 p.m. Applications must be returned to SMPD in person at 2300 South Interstate 35.

Applications are available online in English and Spanish at sanmarcostx.gov/bluesanta. Applications can also be picked up in person at SMPD or the Health and Human Services Department, 1901 Dutton Dr.

Community members are invited to support the Blue Santa Program through monetary donations in person or by mail to: San Marcos Police Department, Attn: Blue Santa.  Checks should be made out to San Marcos CPA Blue Santa. All donated funds will be used to purchase toys.