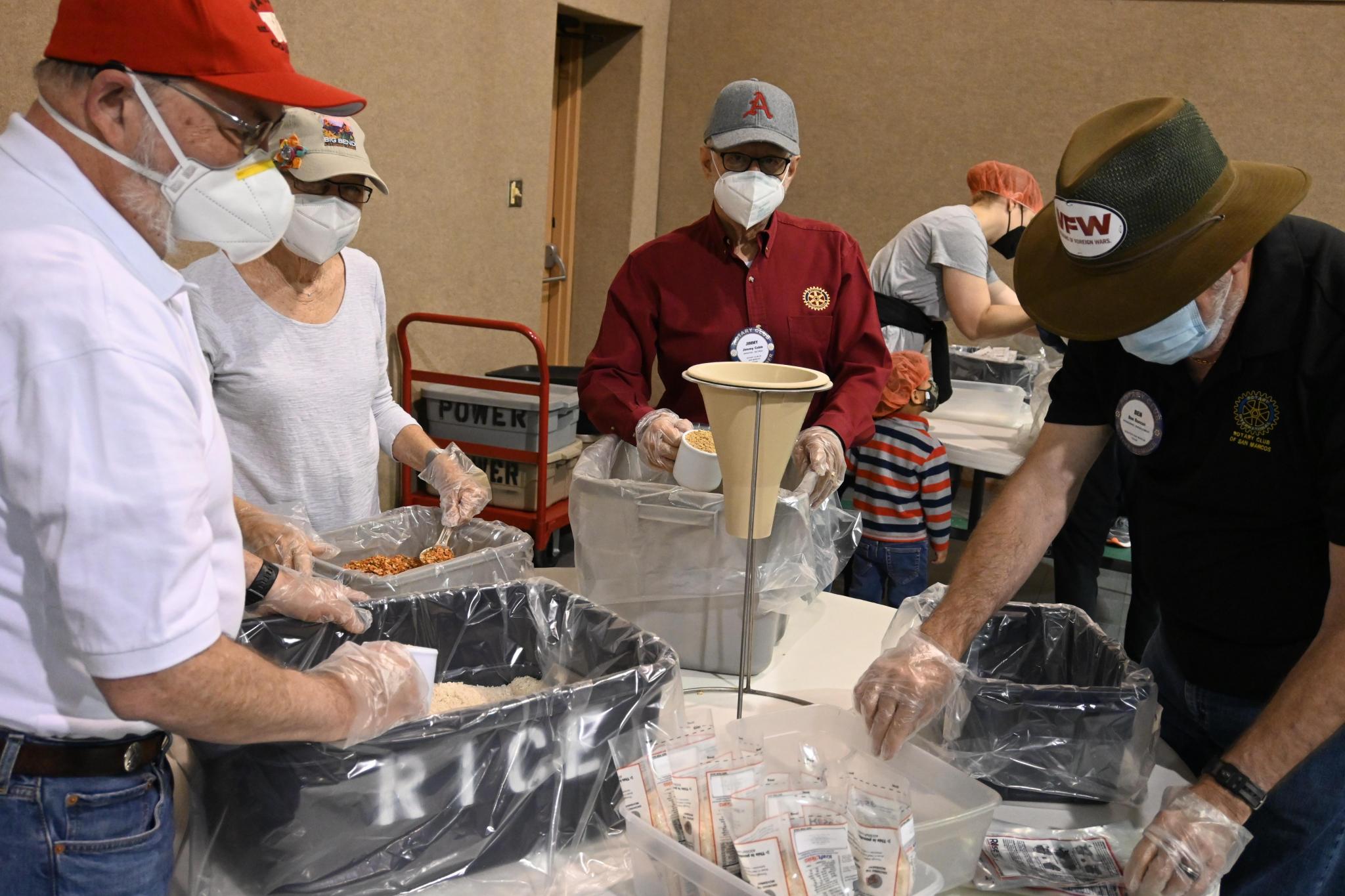 Over 150 volunteers came from areas across Central Texas, including San Antonio and Georgetown, to help the Rotary Club of San Marcos pack 15,000 meals on World Food Day.

The event held on Oct. 16 took place at the gymnasium at First Lutheran Church on Holland Street in San Marcos. It was a partnership between Rotary and the international nonprofit Rise Against Hunger. The meals will be shipped to people in East Africa. Rotary also collected nonperishable food and cash donations for the Hays County Food Bank.

Many student volunteers from Texas State took part in the event, including members of the Rotaract Club at the university — a student Rotary organization. Others volunteered as a class service project. Rotarians from Kyle, Wimberley, New Braunfels and San Antonio also helped, as did members of local churches, veterans, Boy Scouts and other groups. The project was funded by local donations and a grant from Rotary District 5840, which serves South Central Texas.

The Rotary Club of San Marcos is nonprofit, nonpolitical and nonreligious. It was founded in 1921 and celebrates 100 years of service to San Marcos on Dec. 1.