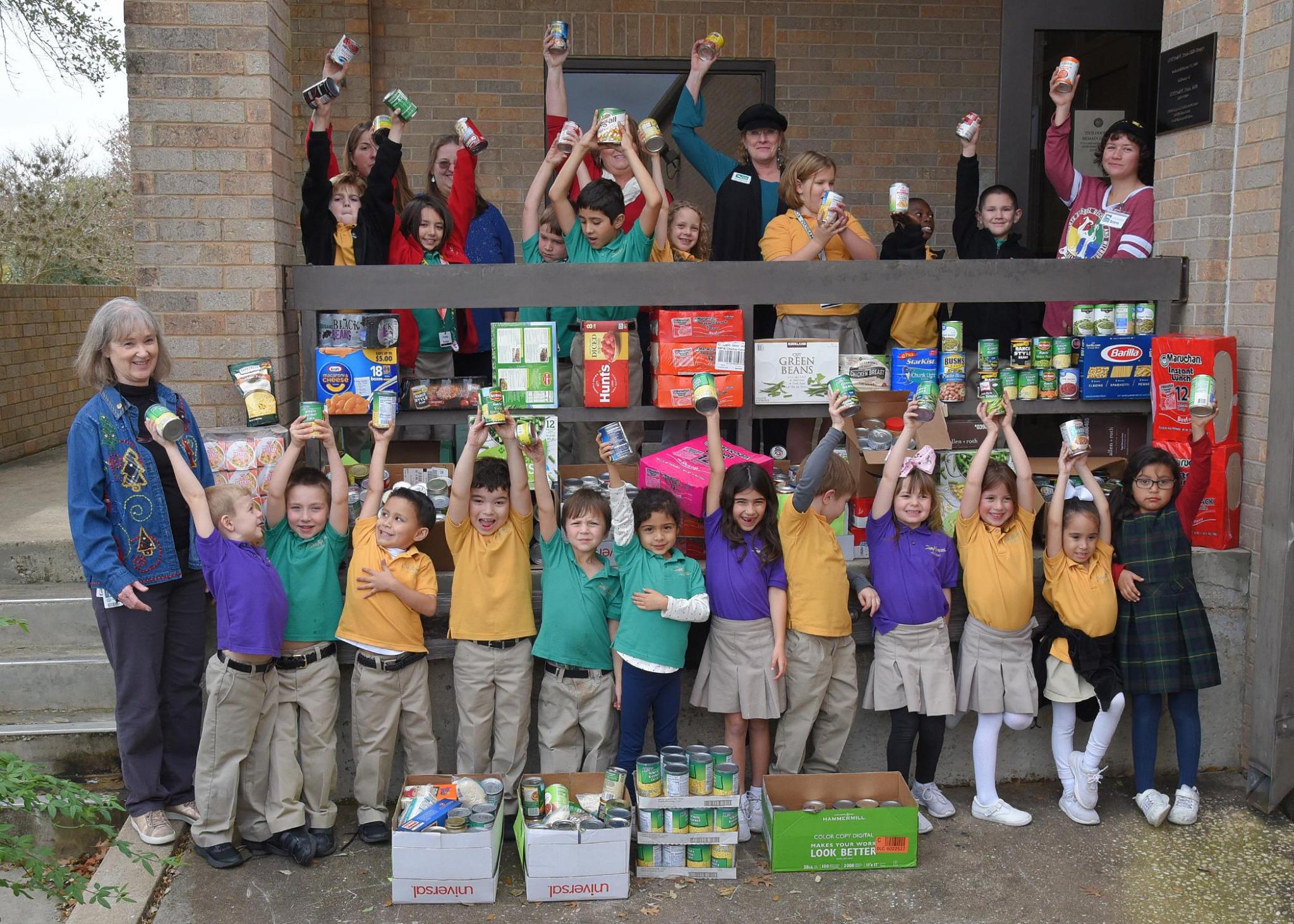 Lower School students at San Marcos Academy collected more than 500 cans of food, weighing in at 956 pounds, for the Hays County Food Bank.

The K-5 students chose the Food Bank as their service project for November and December. Representatives of the Food Bank were on campus Dec. 12 to load up the cans in their van and transfer them to the shelves in time for their holiday food distributions.

Since the Lower School met and exceeded their goal of collecting 500 cans, they were rewarded with the opportunity to throw a pie in the face of their teachers and administrators on Dec. 7. The good sports who took one for the team were instructors Diana Lucas, Diane Groves, Connie Bagley, Kayla Abshire, Paulette Davis, Carla Wiegand, Sherry Christensen and Academic Dean Bob Wiegand. 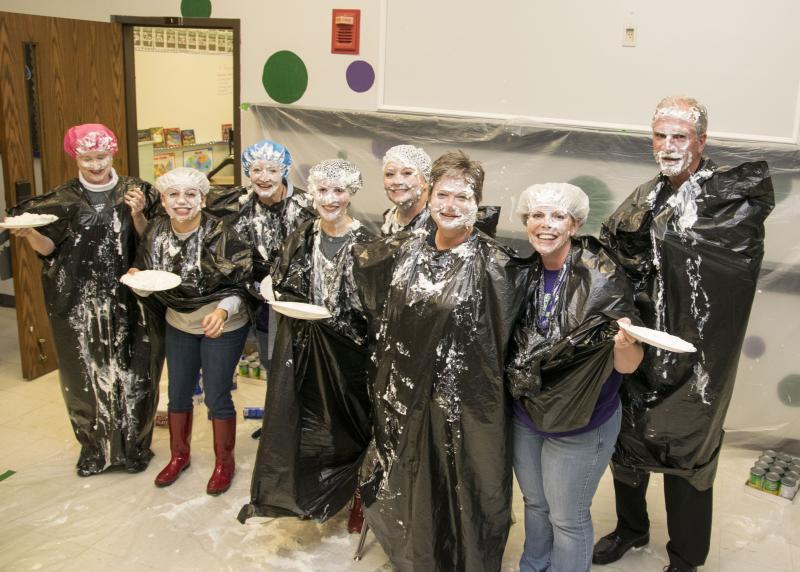 Since 20 pounds of food will feed a family for one week, the SMA donation will provide food for 48 families for one week. The Food Bank schedules seven food distributions a week.

“It is caring citizens like you that help provide a well-nourished community,” said Charlotte Lund, development and special events coordinator for the Food Bank. “Way to go, Bears! You are the best.”

Donations to the food bank can be made in person at their headquarters at 220 Herndon Street or through their website.