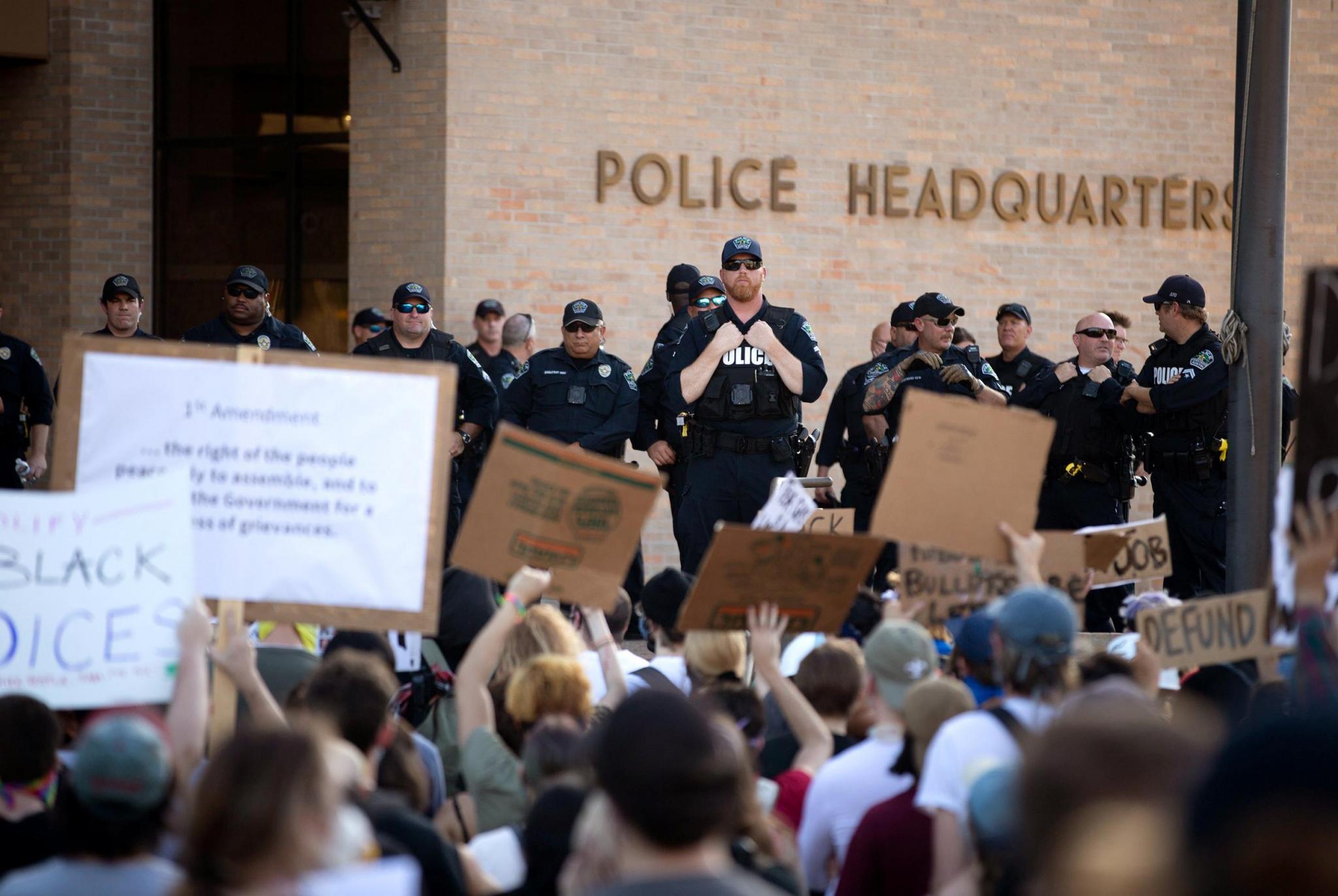 The Austin City Council unanimously voted to cut its police department budget by $150 million on Thursday, after officers and the city’s top cop faced months of criticism over the killing of an unarmed Black and Hispanic man, the use of force against anti-police brutality protesters and the investigation of a demonstrator’s fatal shooting by another citizen.

Those criticisms coincided with protests across Texas and the country calling for reforms on police tactics and the “defunding” of law enforcement in favor of redistributing funds to social services and alternative public safety programs.

The proposal to cut police funding by about one-third of its total $434 million budget calls for immediately cutting around $21.5 million from the department. This would include reallocating these funds to areas like violence prevention, food access, and abortion access programs.

Another $80 million in cuts would come from a yearlong process that will redistribute money used for civilian functions like forensics sciences, support services and victims’ services to other departments. About $50 million would come from reallocating dollars to a “Reimagine Safety Fund” that would divert money toward “alternative forms of public safety and community support through the yearlong reimagining process.”

The Austin Police Association tweeted its opposition to the council’s plan.

“The council's budget proposals continue to become more ridiculous and unsafe for Austinites,” the group tweeted. “They are going to ignore the majority who do not want the police defunded.”

In April, Austin police shot and killed Mike Ramos, an unarmed Black and Hispanic man. That incident, along with the death of George Floyd, a Black man killed by Minneapolis police, prompted weeks of anti-police brutality protests in Austin. During these protests, police critically injured two demonstrators, ages 20 and 16, by firing “less-lethal” rounds at their heads.

In early June, four council members said they had lost faith in Austin Police Chief Brian Manley after his handling of those protests. At least one member called on him to resign, however, city officials confirmed later that Manley would not be fired. Criticism of Austin police intensified after the July 25 killing of armed anti-police brutality protester Garrett Foster who was shot at by an armed driver, who has not been arrested or charged.

The council unanimously voted in early June to limit officers’ use of force, which included restrictions on use of deadly force and a ban on using “less lethal” munitions during protests..

The Austin City Council spent hours Wednesday listening to more than 200 speakers voice their opinions about cutting the police budget during its public comment period.

“Specifically, we support reimagining traffic safety and enforcement within this proposal,” she said. “We can easily divest over $18 million from traffic enforcement when most of these functions can be administered by unarmed civilians and is not required to be police work.”

But others said the council’s proposed plan to reduce the budget was not enough.

Two members of Undoing White Supremacy Austin, a local group that seeks to promote racial justice, read testimony from Alicia Torres Don, an Austin resident who said she is concerned that the money from the police budget will not be redistributed quickly enough under the council’s plan.

“APD will still be able to access this money to continue the functions outlined under these categories, until the city manager and council come up with an alternative,” Torres Don’s statement read. “So this represents an intended, not actual or immediate change. What is most troubling from this amendment is the lack of reallocation into R.E.A.L. solutions.”

R.E.A.L. stands for Rise Fund, Equity Office, Austin Public Health Department, and Low Income Housing, which includes a proposal for a $220 million police department budget cut for which Austin-area activists at the Communities of Color United group have been advocating.

City councils around the country have been voting to cut police department budgets, including Los Angeles and New York City. Portland’s mayor and school board said they would discontinue the presence of armed officers from local schools and reallocate the $1 million designated for these officers into the community.

The Austin City Council directed City Manager Spencer Cronk to craft a community engagement plan ahead of a budget amendment process next March. In the coming months, the council will continue its public safety committee meetings to discuss the details of redistributing police department funding.

Council member Greg Casar, who crafted the three-tiered plan to cut the police department budget, said when the Austin community organizes and asks for change, he wants to make sure the council can respond effectively.

“This moment has been born out of a lot of hurt in the community,” Casar said at the Thursday morning meeting. “We know we have a long way to go.”

This article originally appeared in The Texas Tribune.