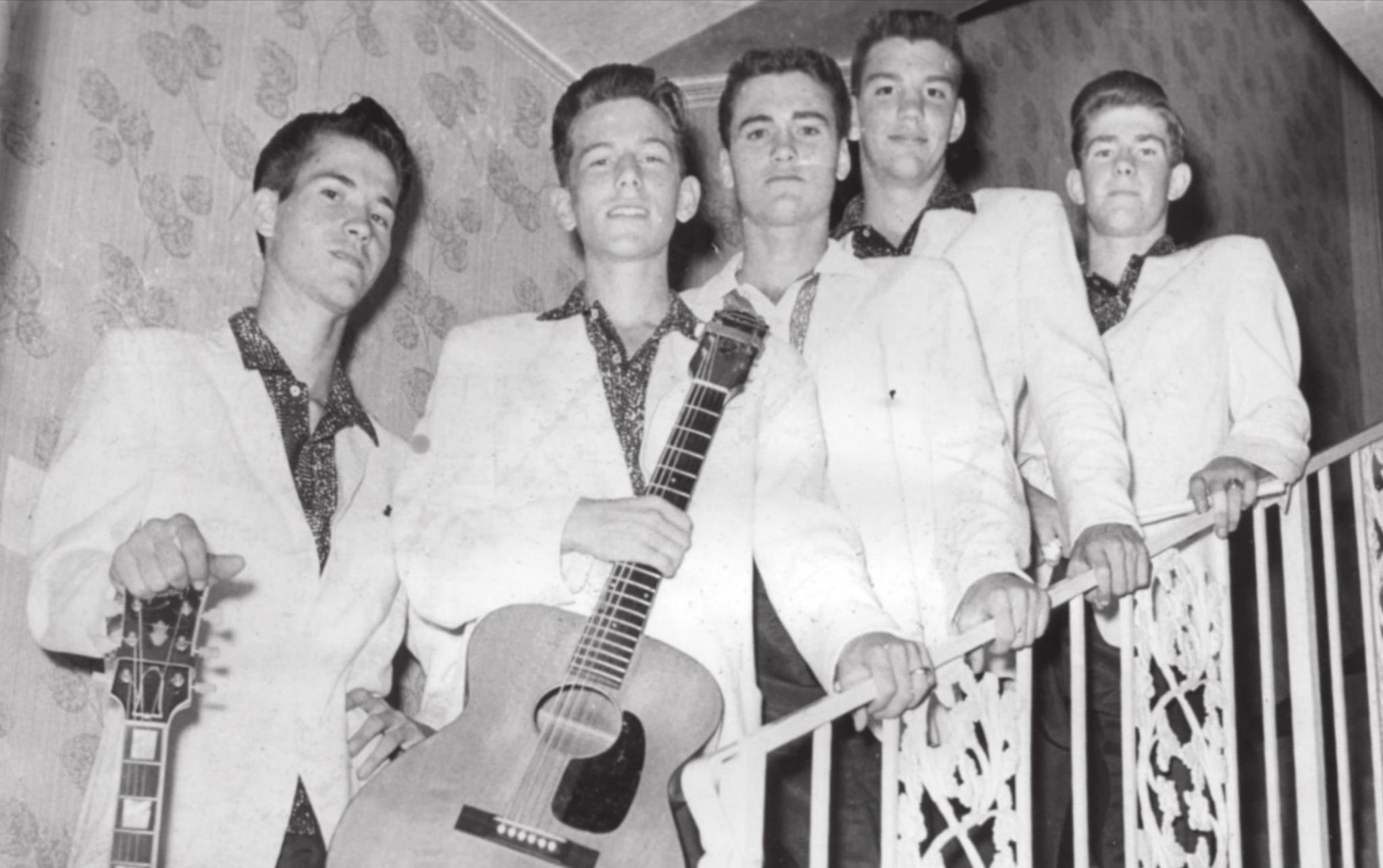 Search on Spotify for Treat Her Right by Roy Head and the Traits, and you’ll find the face of a young Roy Head staring back at you. He wears a knowing smirk on his face as if even back in 1957 he knew that he’d be dancing and singing for all the rest of his days.

“That’s what he did,” said Bill Pennington, fellow founding member of The Traits. “He played music his whole life.”

Head — a Texas-born rocker and alumnus of San Marcos High School — performed a high-energy show to a packed house at Riley’s Tavern only a year ago.

“He was really great,” said Robin Blackburn, who was in the audience at Riley’s, and whose parents, Robert “Bud” and Ann Blackburn, attended San Marcos High School with Head and several other founding members of The Traits. “He performed with a lot of energy, and you could tell he loved being on stage.”

Head was born in 1941 in Three Rivers, Texas, but as the son of migrant sharecroppers, he moved all over the state, eventually winding up in San Marcos, where he would meet the other five original members of The Traits: Clyde Causey (lead guitar), Tommy Bolton (rhythm guitar), Gerry Gibson (drums), Dan Buie (piano) and Bill Pennington (bass). That, as they say, is when the magic began.

“We were a bunch of kids having fun with music is what it amounted to,” said Buie. “Bill Pennington decided to sponsor us, so it turned into more than we anticipated.”

“Our first recording was a substantial regional hit in San Antonio, Houston, Dallas,” Buie said. “We were all surprised. You’re always thrilled when you hear your own record being played.”

Their first single climbed the regional charts, which is when the invitations to play local shows came rolling in.

“We were still in high school at the time,” Buie said. “There were some limits to what we could do. Everything that was in driving distance, we played it. Bill had a Ford station wagon. We rolled that car all over central Texas.”

Then in 1965, Roy Head and The Traits’ popularity skyrocketed when their catchy rock-and-soul song Treat Her Right became an international hit.

“In today’s terminology, it went viral,” Buie said. “Things changed after that.”

Treat Her Right climbed all the way to No. 2 on both the U.S. Pop and R&B charts, landing right behind The Beatles Yesterday. At that time, for every gig the group accepted, they had to turn down two or three for that same night.

“We’d go to Houston on a Saturday night,” Pennington said, “We’d go to the Colosseum, they’d have all these recording artists, and we’d do a 30 minute show for everyone. Then we’d go play a dance somewhere. A couple of times we would play five of these things, and we’d have a police escort from one venue to the next venue to the next.”

During this time, Pennington recalls playing alongside a young Stevie Wonder and filling in on stage with Roy Orbison when his bass player was sick. This rock-androll lifestyle might have been too much for many young, impressionable rock musicians of the day, but Pennington said that they had parents and mentors who kept them on the right path. Edra Pennington Allbright, Bill Pennington’s mother, and Dr. T. R. Buie, Dan Buie’s father, served as ever-present chaperones to support the boys in their careers.

“My mother and Dr. Buie traveled with us when we were still in school,” Pennington said. “They kept us angels out of trouble.”

According to Buie, Roy Head could attribute his dancing ability to his mother. “One of his out standing features was his dancing ability. I’m probably one of the few people who ever say Roy and his mother dance,” Buie said. “I then understood why Roy was such a good dancer because his mother could really cut the rug.”

As the members of The Traits grew up, graduated, got married and began different careers, their lineup changed here and there until finally, Head embarked on a successful solo career.

Pennington said, “When the rock and roll stopped, Roy went Western. He sang Western music. Roy was one fine singer. Then he went back to what he started with.”

Over the course of his 50- year career, Head continued to perform with the same energy and enthusiasm as he did when he was young. Head also never forgot his roots here in San Marcos, returning often to play with bandmates at San Marcos High School reunions, baseball fundraisers and for The Traits’ induction into the Rockabilly Hall of Fame in 2007. Head’s son, Jason “Sundance” Head, who was a contestant on the sixth season of American Idol, also sang with The Traits on that stage.

“That young man is talented,” Pennington said of Sundance. “He can play anything.” 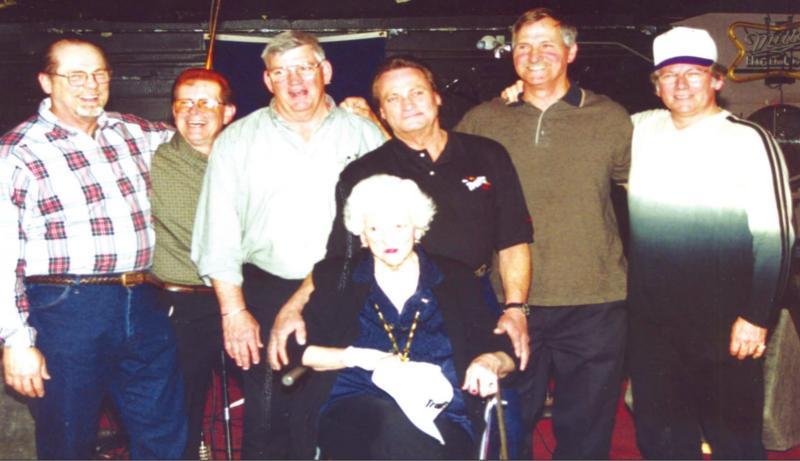 By 1995, Treat Her Right had been covered by 20 recording artists, including Jimmy Page, Bon Jovi and Bob Dylan. More recently, Treat Her Right appeared in Quentin Tarantino’s 2019 film Once Upon a Time in Hollywood.

“Treat Her Right was the last song of his set,” Blackburn said of Head’s show at Riley’s last autumn. “He told the story about getting the call about Quentin Tarantino wanting to use the song in his new film. It was a great end to a great night.”

“He was the best showman that I was ever around,” Buie said. “Roy didn't play an instrument, but his instrument was his showmanship. He lived a full life.” 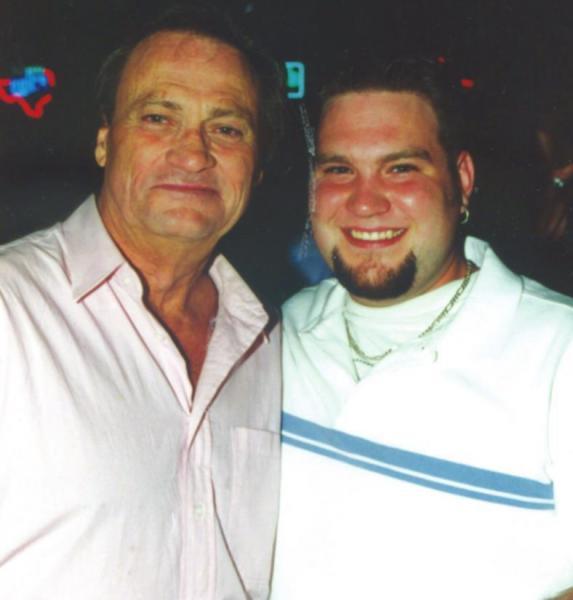 Head passed away at his home on Sept. 21 at the age of 79. He is survived by his wife, son and daughter-in-law, his grandchildren, as well as the remaining members of the Traits: Pennington, Buie and Gibson.

“We remained pretty good friends all down through the years,” Buie said. “We sure had a lot of fun.”