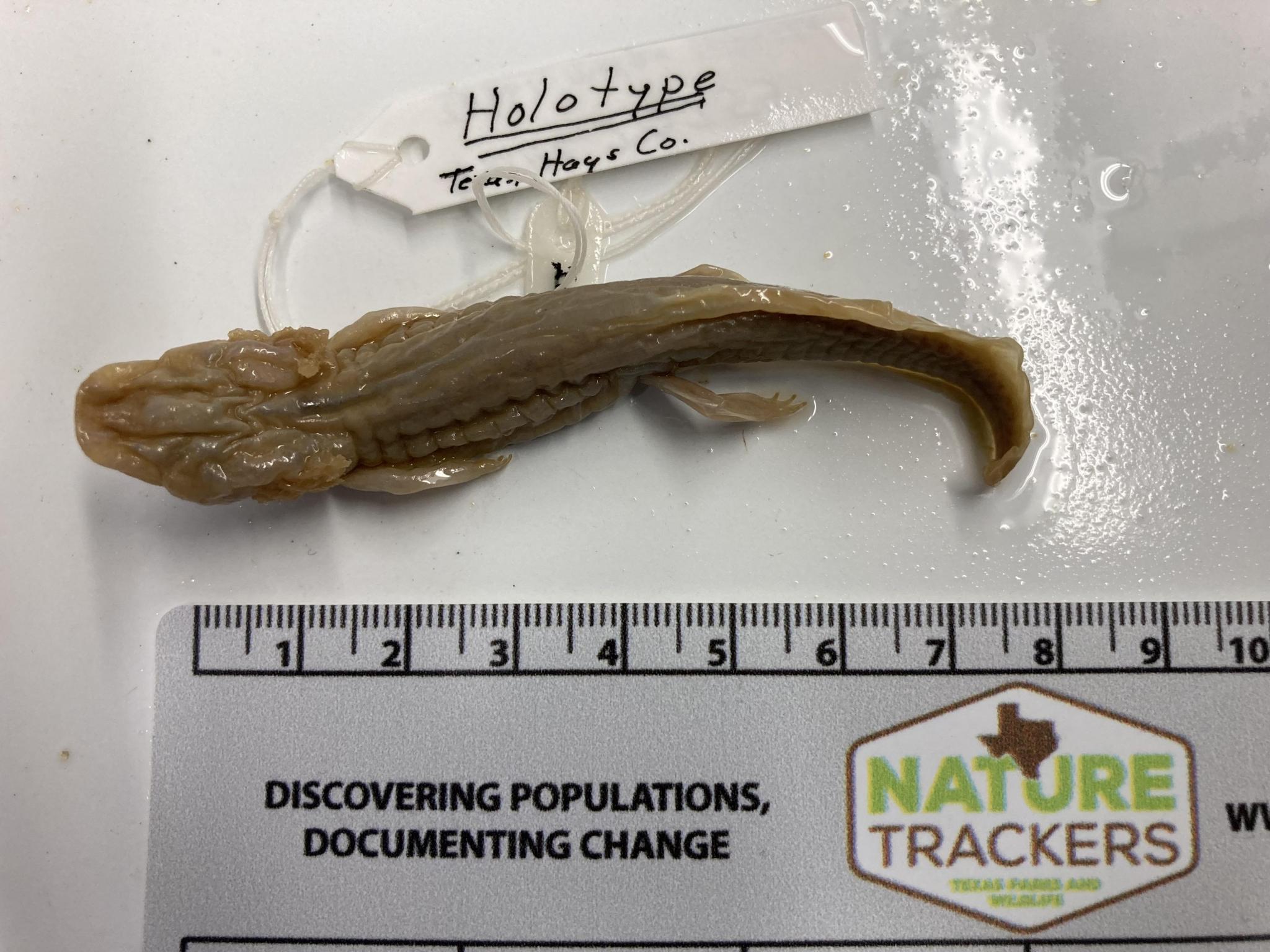 The Blanco Blind Salamander was spotted in 1951 by the Blanco River. Photo courtesy of Michael Warriner/U.S. Fish and Wildlife Service

The U.S. Fish and Wildlife Service determined that two Texas species are not warranted for listing under the Endangered Species Act (ESA).

The Rio Grande Cooter is found within the Rio Grande watershed in the Devils River, Pecos River, Rio Grande, Río Salado and Río San Juan basins, while the Blanco Blind Salamander is known only from one specimen collected in 1951 from the Blanco River near San Marcos.

“In 1951, on the Blanco River, just underneath I- 35 as you’re coming into San Marcos, you know, it was a period of drought, there was a gravel company, the Blanco was dry. They went down there and found some water seeping out, and they started digging down,” said Michael Warriner, the Supervisory Fish and Wildlife Biologist. “Some, white blind salamanders appeared in this pool and so somebody collected them and took them to what was Southwest [Texas] State now, Texas State. It wasn’t until like 60-70s that somebody said, ‘Oh, I think this might be something,’ and they described it as a new species, the Blanco Blind.”

According to Warriner, for species to be federally listed they must either be petitioned externally by a group or private individual or be initiated internally by the U.S. Fish and Wildlife Service.

“​​Once we receive a petition, we have to look at it and determine if it’s substantial or not and that means to a reasonable person, doesn’t have to be a biologist, you know, is there enough information that it might merit listing,” Warriner said. “If there is, we will issue a 90-day finding that says there’s substantial information, if there’s not, we’ll say, not substantial, and that’s it, won’t go any further.”

Species status assessments can take anywhere from 90 days to a year to complete and assist in listing decisions. Once reviewed internally and externally,  a recommendation team meeting is held and a decision is made on whether to list a species or not.

The 1951 finding of the Blanco Blind Salamander is the only one to have been found in existence since then.

According to the U.S. Fish and Wildlife Service, “The Service determined the single individual found either represents an historical occurrence of another species, the Texas blind salamander, or a unique species that is no longer still in existence. Because the Blanco blind salamander either does not meet the definition of a listable entity or is extinct, the status review finds it does not warrant listing under the ESA.”

For more information regarding the two species or others within the area, visit https://www.fws.gov/about/region/southwest.