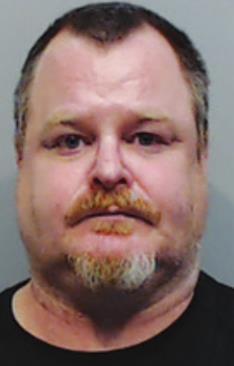 A trial began this week in a bizarre case involving a Hays County man. Mark James Stevens faces first degree murder charges in the death of Brandon Fontenette, both from Buda.

The trial started Wednesday in an incident that occurred in 2018 where Fontenette, 36, died after being shot multiple times with an air gun and then stabbed in his back and into his lung.

During Fridays’ testimony Emergency Medical Physician, Dr. Jacob Falcon addressed a toxicology report that revealed Stevens, 38, had toxic levels of alcohol in his system during an examination following the altercation. A urine sample also tested positive for cannabis and opiates.

Jeri Skrocki, then a lieutenant with the Hays County Sheriff’s Office, and in charge of the narcotic investigative unit and evidence team, said Stevens looked “disheveled” when she approached the scene.

Prosecuting attorney Michael McCarthy asked if Stevens had full use of his hands during the time?

Skrocki said no, that Stevens was handcuffed. But strangely they were Stevens handcuffs that he applied to himself.

“I was advised by the deputies they were his personal handcuffs. (Stevens) had applied upon arrival.”

Upon searching the home Skrocki referred to the residence as “chaotic” and not well kept.

“It was dirty, lots of items lying around,” she said. “There were holes or patched holes in the walls.”

During the autopsy of Fontenette further evidence was discovered.

“(Fontenette) had been shot with a BB or some sort of pellet-type gun, multiple times,” Skrocki said. “Immediately I recalled what I had observed at the time, not knowing what it was, on the master bedroom floor. I assessed immediately in my mind that those were BBs on the floor. So, I immediately assigned a detective to obtain an additional search warrant, based on that new information.”

During the second search detectives found an airsoft type pistol and air canisters.

The trial will continue Monday where Stevens has pleaded not guilty.