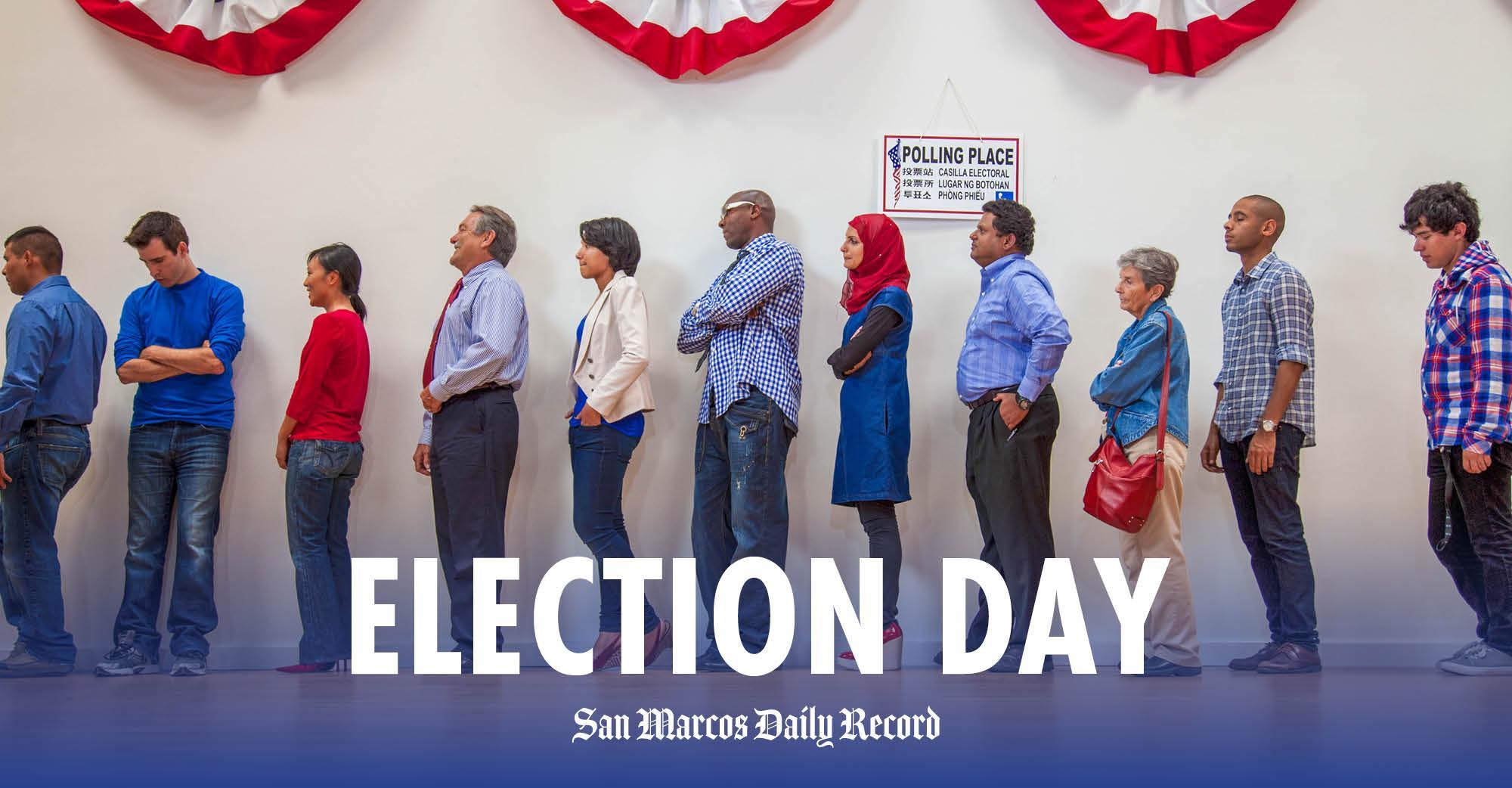 Cast your ballot at any vote center this Election Day

As of Friday, 7,955 early voting ballots were cast countywide and 571 mail ballots were received, according to Elections Administrator Jennifer Anderson.

This year’s early voting turnout is approximately twice as high as the 2017 election.

Ten amendments to the Texas Constitution and several local propositions and municipal elections will be on the ballot during this year’s election.

Reminder: you can cast your ballot at any vote center in Hays County this year

Instead of being limited to one’s respective precinct, individuals may participate in the election by casting their ballot at any of the 36 vote centers in the county.

On Nov. 5 from 7 a.m. to 7 p.m., voters may participate in this year’s Constitutional Amendment and Local Political Subdivision Election at the following locations:

This year when voters walk into polling places, they will see a new voting system: the Hart InterCivic Verity Duo system. The hybrid system combines touchscreen electronic voting and paper ballots, which provides a paper trail for post-election auditing. Likewise, voters will be able to double-check their selections on a printed paper ballot before casting their vote.

The Verity Duo machines offer a bilingual option, which allows voters to switch machines from English to Spanish. The paper ballot will likewise print in Spanish after the voter makes their selections.

At each polling location, one machine will be ADA-accessible, according to Elections Administrator Jennifer Anderson. The ADA-accessible machines will offer sip-and-puff assistive technology, along with earphones and will be able to be wheeled out for curbside voting.

The constitutional amendment permitting a person to hold more than one office as a municipal judge at the same time.

The constitutional amendment providing for the issuance of additional general obligation bonds by the Texas Water Development Board in an amount not to exceed $200 million to provide financial assistance for the development of certain projects in economically distressed areas. — For — Against

The constitutional amendment authorizing the legislature to provide for a temporary exemption from ad valorem taxation of a portion of the appraised value of certain property damaged by a disaster.

The constitutional amendment prohibiting the imposition of an individual income tax, including a tax on an individual’s share of partnership and unincorporated association income.

The constitutional amendment dedicating the revenue received from the existing state sales and use taxes that are imposed on sporting goods to the Texas Parks and Wildlife Department and the Texas Historical Commission to protect Texas’ natural areas, water quality, and history by acquiring, managing, and improving state and local parks and historic sites while not increasing the rate of the state sales and use taxes.

The constitutional amendment authorizing the legislature to increase by $3 billion the maximum bond amount authorized for the Cancer Prevention and Research Institute of Texas.

The constitutional amendment providing for the creation of the flood infrastructure fund to assist in the financing of drainage, flood mitigation, and flood control projects.

The constitutional amendment authorizing the legislature to exempt from ad valorem taxation precious metal held in a precious metal depository located in this state.

The constitutional amendment to allow the transfer of a law enforcement animal to a qualified caretaker in certain circumstances.

The issuance of $138,500,000 bonds for water, wastewater and drainage system facilities to serve the Headwaters commercial defined area and the levy of taxes in payment of the bonds.