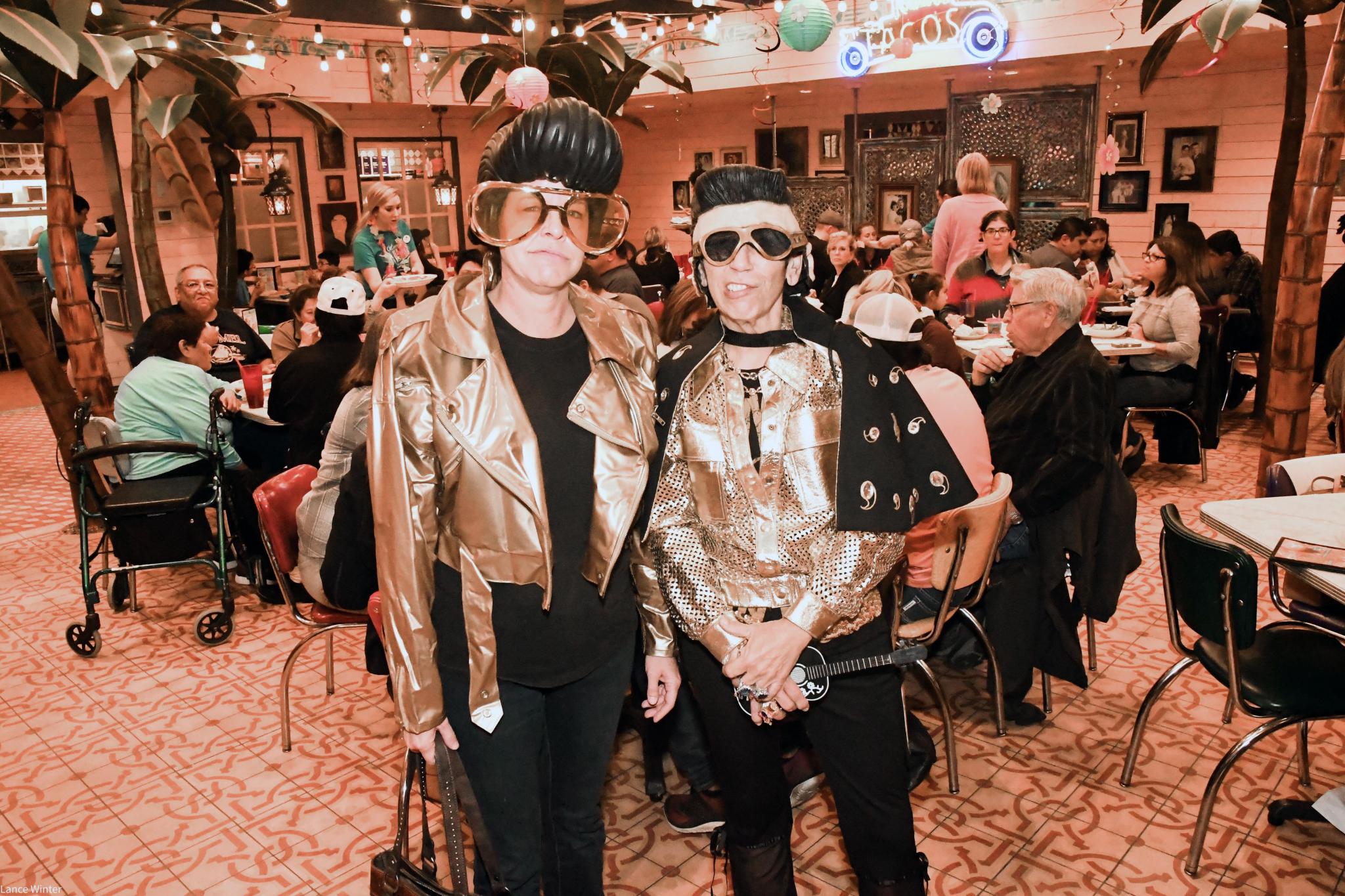 Stacy Bussey and Yasmin Zughni, both from San Marcos, dressed up as Elvis Presley at Chuy’s restaurant for The King’s 85th birthday celebration on Wednesday.  Daily Record photo by Lance Winter

Celebration fit for a King

Fans of The King were invited to rock ‘n’ roll on in for his 85th Birthday. The restaurant, located at 1121 N. Interstate 35, gave free entrées away for those who dressed as Elvis — or his better half, Priscilla.

“Elvis is our Patron Saint at Chuy’s and we love to celebrate his life with a birthday party every year,” said Ashley Ingle, Chuy’s VP of marketing. “It’s amazing to see Chuy’s fans who love Elvis as much as we do. Dress up, enjoy some great Tex-Mex and have fun honoring The King.”

When Chuy’s first opened in 1982 on Barton Springs Road in Austin, its founders hit the streets with $20 in search of something to put on the walls. They ended up buying an oversized velvet painting of Elvis, hanging it up in the restaurant and ultimately changing the course of the restaurant’s history forever. Soon customers were donating their own memorabilia, and swapping stories, establishing Elvis as the official Patron Saint of Chuy’s. Ever since, Chuy’s has been constructing shrines in his honor and celebrating the birthday of the The King of Rock ‘n’ Roll.