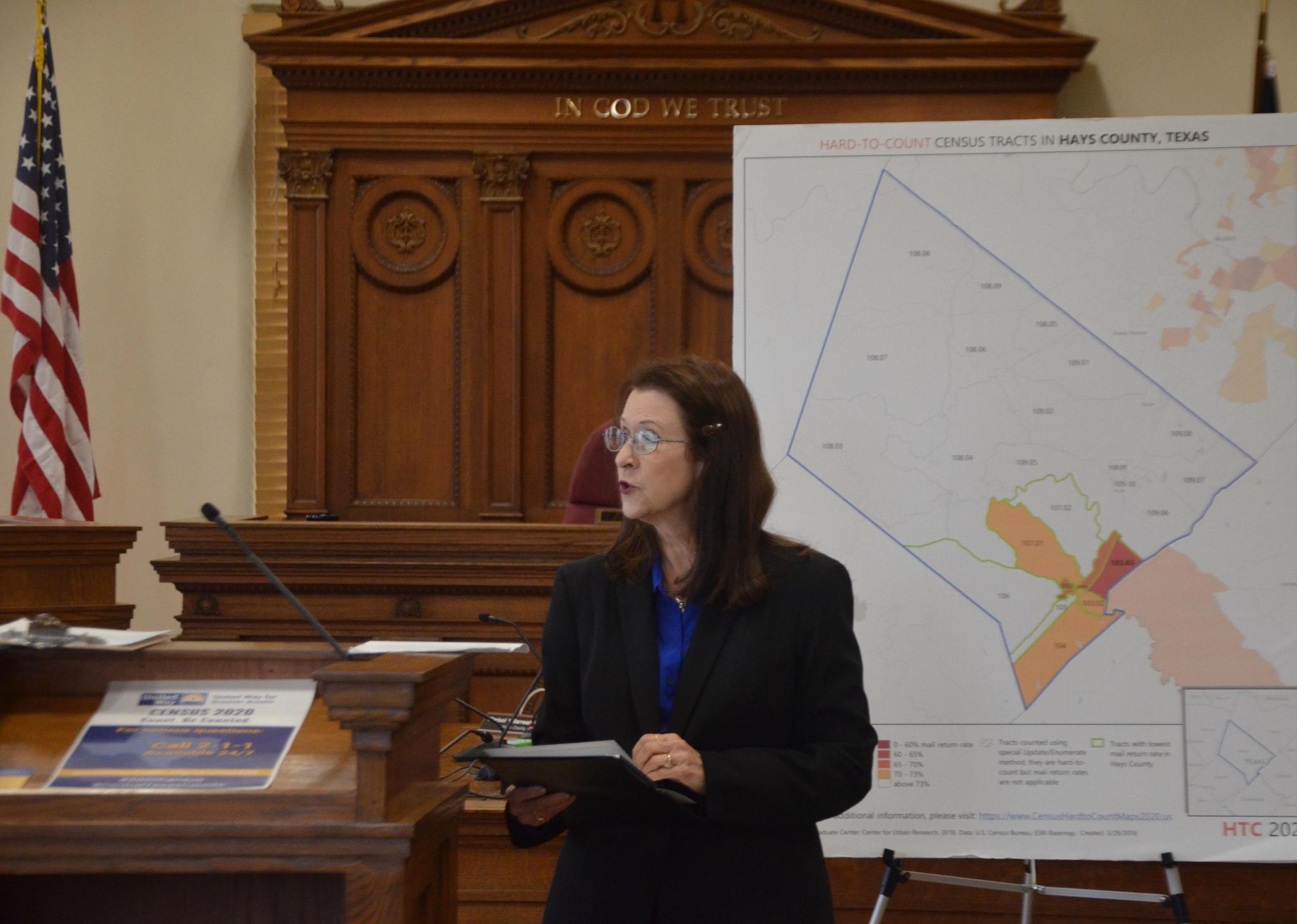 Hays County and San Marcos residents will be able to call 2-1-1 to receive information on the 2020 U.S. Census with the help of the United Way for Greater Austin.

The Complete Count Committees of Hays County and San Marcos held an introductory event Tuesday to give detail on the 2-1-1 hotline.

“For the census, (2-1-1) is going to be the information connector. People can call 2-1-1 to find out how to fill out the census,” said Michelle Harper, president and CEO of the United Way of Hays and Caldwell counties.

Alongside the introduction of the 2-1-1 census hotline, city, county and census leaders also discussed the importance of counting everyone in Hays County.

“In 2010, the last year we had a census count, San Marcos had an estimated participation rate of between 60 and 70%,” San Marcos Mayor Jane Hughson said. “That means we’ve received just a little more than half of the federal funding that we could have received.”

Hays County Chief of Staff Alex Villalobos said that for every person who doesn’t complete the census, it’s a loss of approximately $1,161 per year, adding to a $1,161,000 loss every 10 years for every 100 people not counted.

“We are stressing our resources currently because of the lost count of people that do need those services,” Villalobos said. “We’re trying very hard, working very hard to bring everybody together so that we can do a better job of counting.” 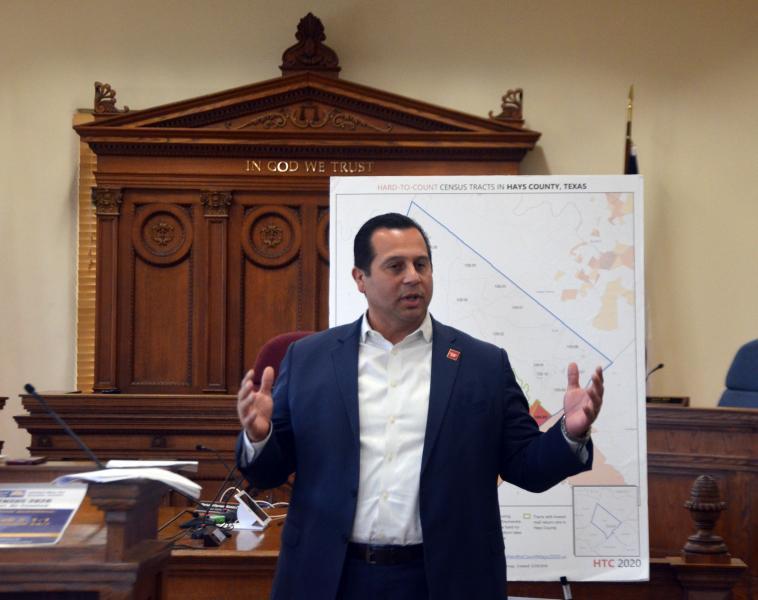 Hays County Chief of Staff Alex Villalobos discusses the importance of counting everyone in the county during this year's census.

“(The census is) really easy and it’s safe,” Kfir said. “Confidentiality is about educating people and yet the census does not share information with any other agency in the United States, or any other government agency — not the IRS, not ICE, not the FBI or any independent agency — that people would have reservations to be giving out information … So you can be safe telling people, ‘go ahead and do the questionnaire. Nobody’s going to come to your door and chase you down for the information you have just given.'”

Kfir also stressed that the census can be done online, by phone or in person.

“It’s important to know that there’s only nine questions. There’s no citizenship question. Nobody’s going to ask you for your Social Security either,” Kfir said. “To be honest with you, you probably give more information to social media than you’ll be giving on the census form.”

Households will begin receiving information on how to complete the U.S. Census on March 12. Census Day is April 1, where people can begin responding to complete the census.