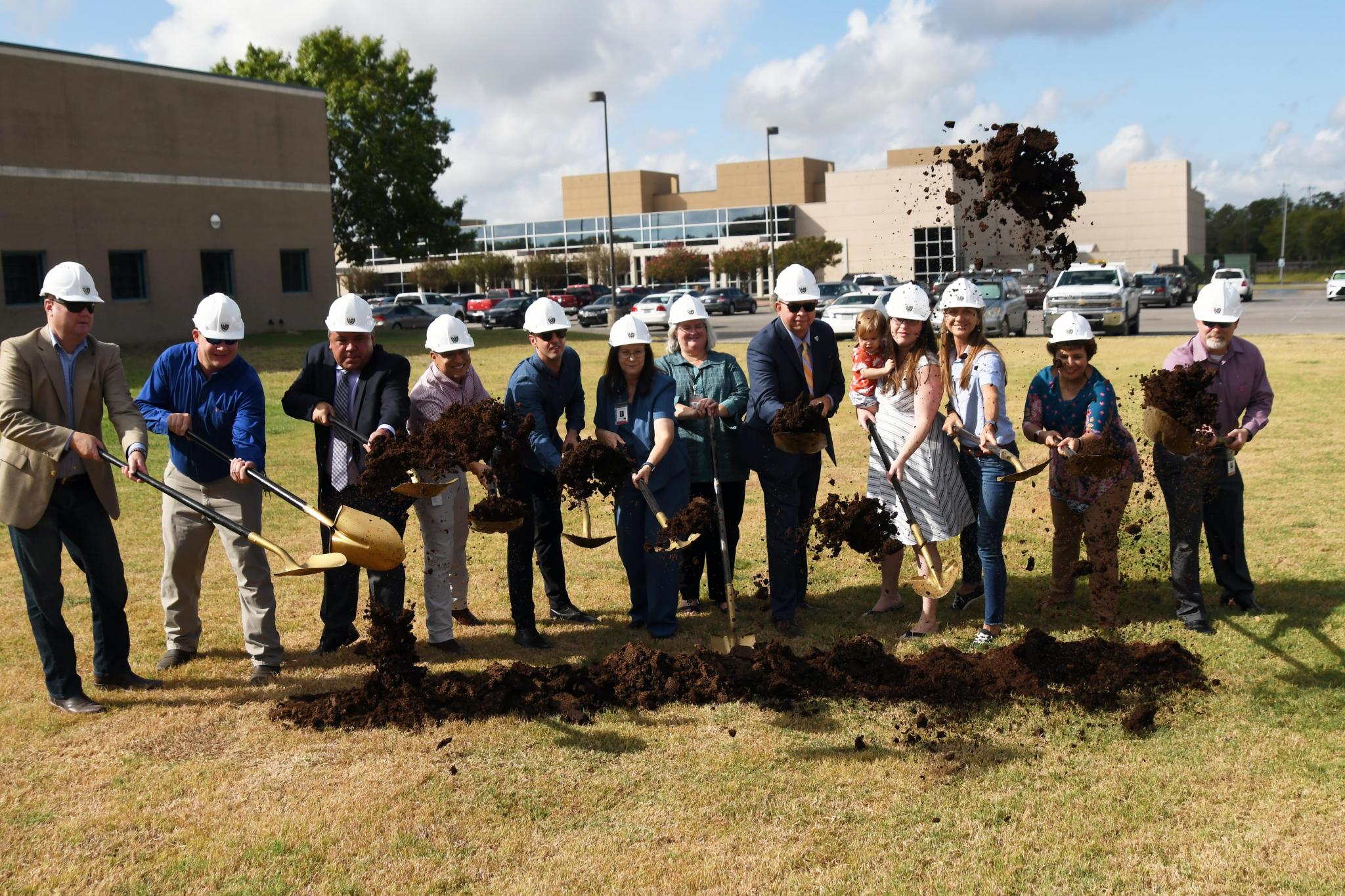 The San Marcos Public Library is one step closer to doubling in size.

“(The library) functions as a space for education and public activities, but it has also taken on a new modern role for work from home residents who benefit from the universal access to technology and community,” Hughson said. “Our residents have demonstrated they recognize the significance of our library. So, we are here now to celebrate the next chapter of the library’s history.”

The first library in San Marcos opened in 1918 at 310 W. Hutchison St. The current library at 625 E. Hopkins Street opened in 1994. The library has nearly doubled its inventory to over 168,000 items and an additional 21,000 ebooks and downloadable audio books.

The current library consists of 27,000 square feet. The library’s expansion will add an additional 28,000 square feet, which was voted on in May of  2017, where 76.8 % of San Marcans voted yes to proposition 2, which would fund a $14.75-million expansion of the city library. 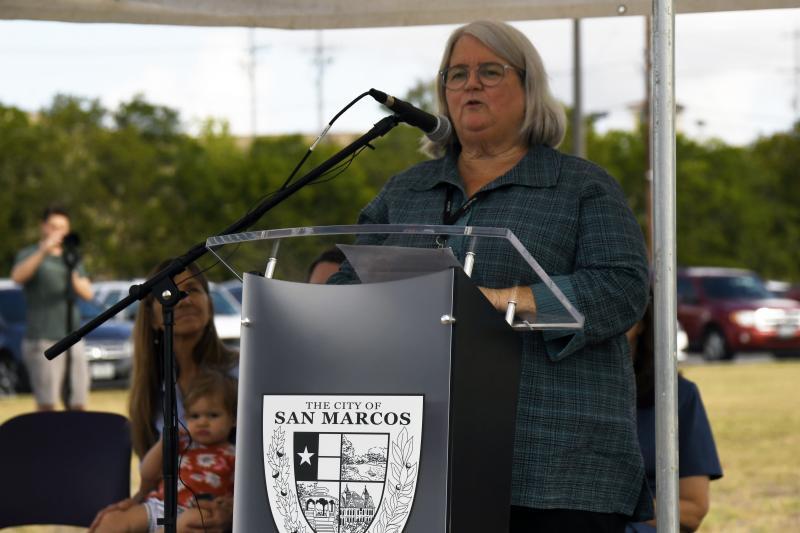 Insley said no one was more excited to be at Thursday’s groundbreaking ceremony for the San Marcos Public Library expansion and remodel project than her.

“There’s nobody more excited to be here than me. For sure,” Insley said. “It is so wonderful to have this podium to stand up here and thank so many people who have done so much to get us to this point in time. First, I’d like to thank the San Marcos City Council, Both the 2014 council that paid for the long range plan, and then the current city council that has guided this project.

“I would also like to thank the members of the citizens facilities bond committee that evaluated all of the possible projects and recommended that the library be on the ballot as proposition two. I also want to thank the great Friends of the Library who continue their fundraising to support the educational and entertainment value here at the San Marcos Public Library, and it’s a special group of the friends and the bond passing committee that posted signs in their yard, talked to their friends and neighbors and worked to make sure that the bond passed with 78% of the vote.”

Zwiener said that she’s grateful that the City of San Marcos has decided to invest in expanding the library.

“One of the guiding principles in my life is that the written word matters,” Zwiener said. “It matters and it’s powerful. So, there are few investments I think a community can make that deliver more in return than expanding our community’s ability to work with the written word successfully, to engage with our language whether that’s for political reasons, for social reasons, for educational reasons or for career reasons.”

The expansion and remodel project is expected to be completed by spring of 2021.

“Since 1918, our community has invested in the light of the future by pursuing enrichment through access to literature and educational resources,” Hughson said, “and I’m grateful to be part of this tradition through the celebration of today’s groundbreaking. I look forward to seeing y’all all here again at our library ribbon cutting in the spring of 2021."