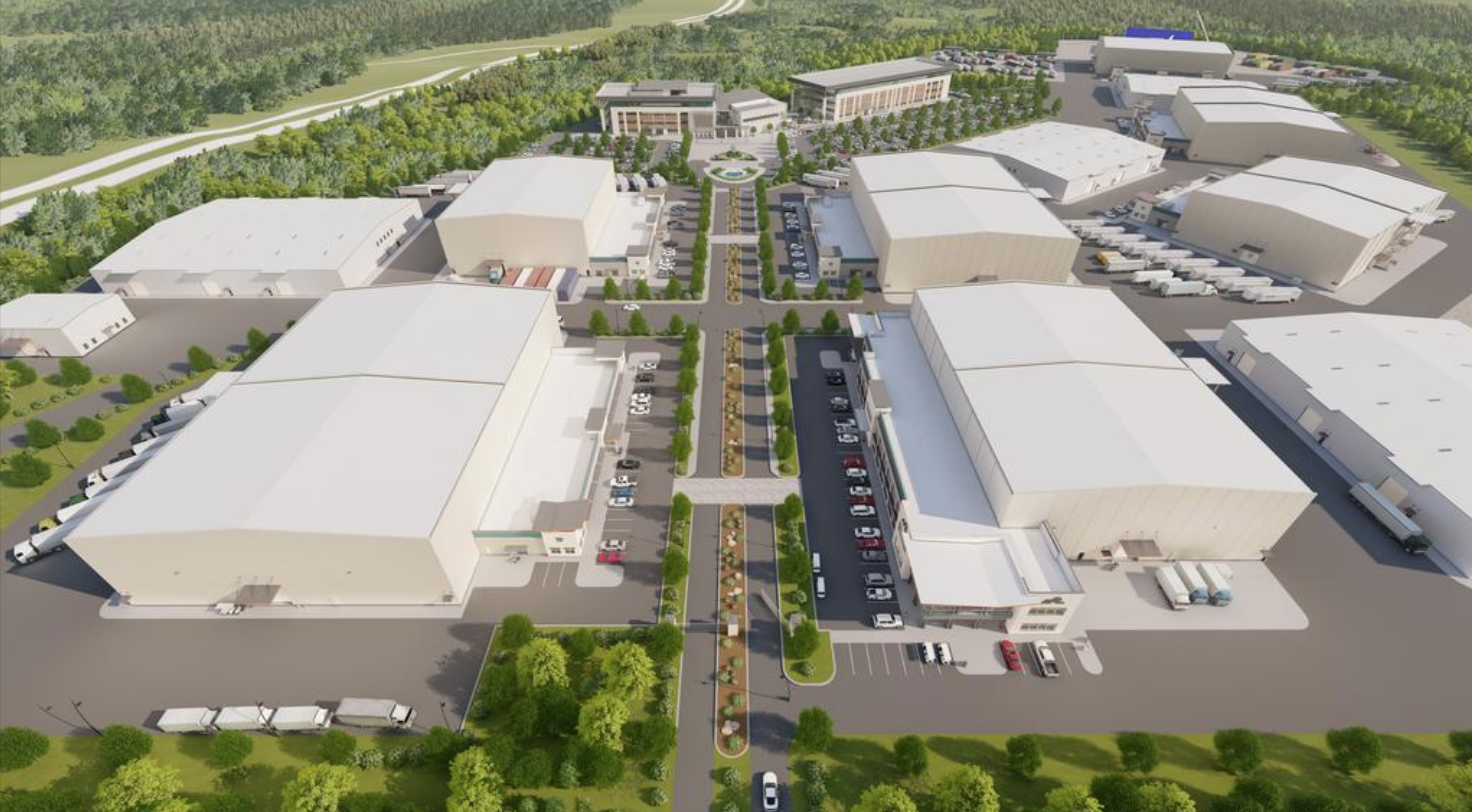 The San Marcos City Council revisited its economic incentive deal with a film studio but chose to take no action.

The city council approved a Chapter 380 economic development incentive agreement with Hill Country Group LLC. during its June 7 meeting. But councilmembers Alyssa Garza and Saul Gonzales chose to bring the item back after residents voiced their concerns about the film production studio’s location over the Edwards Aquifer Recharge Zone.

“My motivation to bring forth this item is generally twofold,” Garza said. “First, is the outpour of community feedback and concern, emphasizing that there is a very obvious lack of public understanding regarding the process that goes into Chapter 380 agreements. Specifically, in regard to how we balance environmental concerns, and making responsible use of incentives … And then, secondly, to provide a space to clear up the confusion that has led to concerns specifically regarding the tax incentive agreement.”

The agreement approved on June 7 provides incentives in the form of refunds of a percentage of real and personal property taxes over five years for the construction of a minimum 820,000 square feet of space for the studio facility.

Despite concerns raised, the city cannot prevent the development of private land, meaning the land can already be used for development because of the original agreement it made with La Cima. In the agreement, the location where the film studio would be at has been zoned for community commercial use with impervious cover site set at 80%. 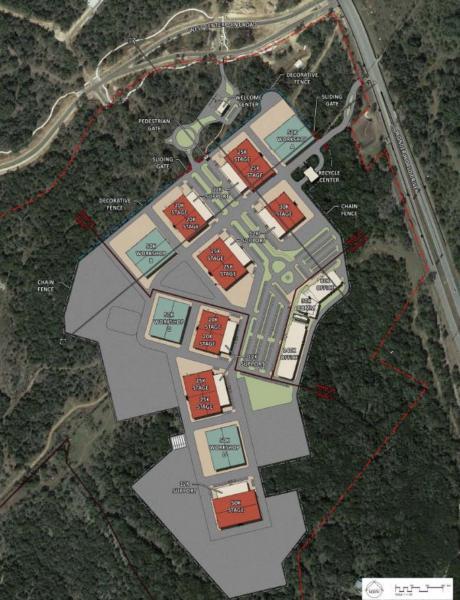 Above, a map of the planned studio. Map via San Marcos City Council agenda packet

“Ultimately, they have the ability to build either commercial property or anything that’s allowed at that time,” Assistant City Manager Joe Pantalion said. “So, in essence, a film studio company or other business can already develop at this location under the standards contained in the La Cima agreement whether it be the 2013, or the subsequent amendments to that. So, if you do not want to see a film studio built at this location, then in essence what that means is that it just reverts back to community commercial type of development.”

According to Pantalion, the developer will be required to create a Water Pollution Abatement Plan to address stormwater quality and impacts to the aquifer. Additionally, the film studio will also be required to construct water quality and flood detention controls, protect trees and provide native landscaping as part of the development. The project will provide for 100-foot building buffers from West Centerpoint Road and Ranch Road 12.

Garza said that the film studio seems like the best scenario for the environment but added that it is a sacrifice for those concerned about its place in the recharge zone. Councilmember Jude Prather said the film studio provides an opportunity to diversify the San Marcos economy.

“This is an opportunity for our town,” Prather said. “There’s no opportunity when your response is no. And, I think, with La Cima, you know this project when people come and say, ‘Hey, you shouldn’t be developing over the recharge zone. You shouldn’t be developing over the Hill Country.’ Well, that decision was made in 2013. And La Cima has delivered a better product than what we imagined at that time — 3,800 acres, 2,000 of those are forever protected greenspace. That’s a big deal. That’s over half the entire site will be forever green.”

Councilmember Maxfield Baker, who was the lone no vote against the incentive deal on June 7, posed several questions to La Cima developer Eric Willis regarding the intent of the overall project.

“One of the things that concerns me is as La Cima continues to buy more land around them, their 20% [impervious cover] will continue to grow,” Baker said.

Willis said there are a couple of tracts of land near La Cima that he would like to add to the development but said they’re limited in what they can add because most land is already bound by Texas State University or a current neighborhood.

“If that [land] was added into our land development agreement, we would find ways we could possibly develop it. I’m not going to deny that,” said Willis, who’s owner and president of Natural Development Austin LLC. “But to your bigger point about the 19% impervious cover, councilmember, is when we look at the entire totality of La Cima, which is 3,800 acres, and we do move through the project, we’ve made such a point about moving impervious cover around on the 209 acres that would be related to this 380 agreement, we get boxed in as to where we can use impervious cover. While I can’t quantify right now where I’ll end up, I know I can’t go above 19 [percent] … we get very limited as to where we can start using impervious cover.”

Following the hour-long discussion, the council chose not to take any action regarding the already agreed upon incentive.

Baker told those who voiced their opposition to the film studio to remain involved in the process despite the outcome.

“I do want to encourage those activists and advocates that have been showing up, speaking up and writing in to continue to follow these and other issues,” Baker said. “As the Mayor suggested, we will have an agendized discussion in late August to talk about recharge zones and protecting our aquifers and our important resources.”