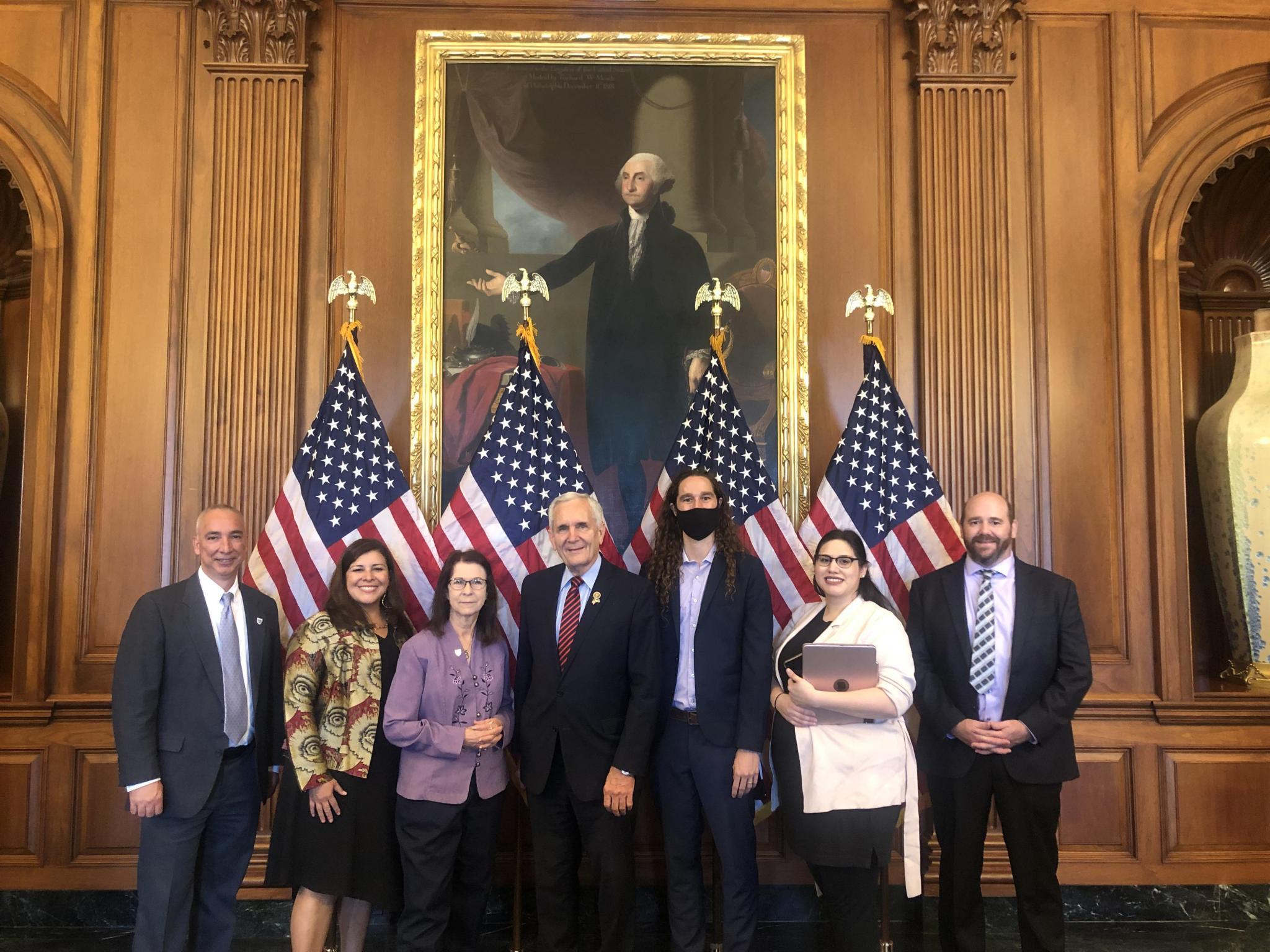 City of San Marcos staff and city councilmembers spoke with several U.S. representatives and senators as well as multiple federal agencies during a visit to Washington D.C.

City staff and councilmembers discussed federal programs and funding sources available to support the San Marcos community and its residents during the visit.

“Meeting face-to-face with our representatives in Washington, D.C. provided us a valuable opportunity to communicate San Marcos’ needs to our elected officials,” Mayor Jane Hughson said. “Our visit to the nation’s Capitol will assist us in applying for grants and developing programs that will benefit our residents and businesses.”

Additionally, the city said staff members worked with The Normandy Group, a bipartisan government relations firm, to develop a schedule for the visit focused on the city’s priorities.

“We appreciate the opportunity we had to meet with our elected representatives and staff members from various federal agencies in Washington, D.C.,” Interim City Manager Stephanie Reyes said. “Following our productive conversations, we’re looking forward to pursuing potential funding to meet critical needs in our community.”

The annual visit is part of the City’s Intergovernmental Relations Program, which participates in state and federal legislative processes as directed by the city council. The city said its last visit to Washington, D..C occurred in 2019 due to the COVID-19 pandemic.