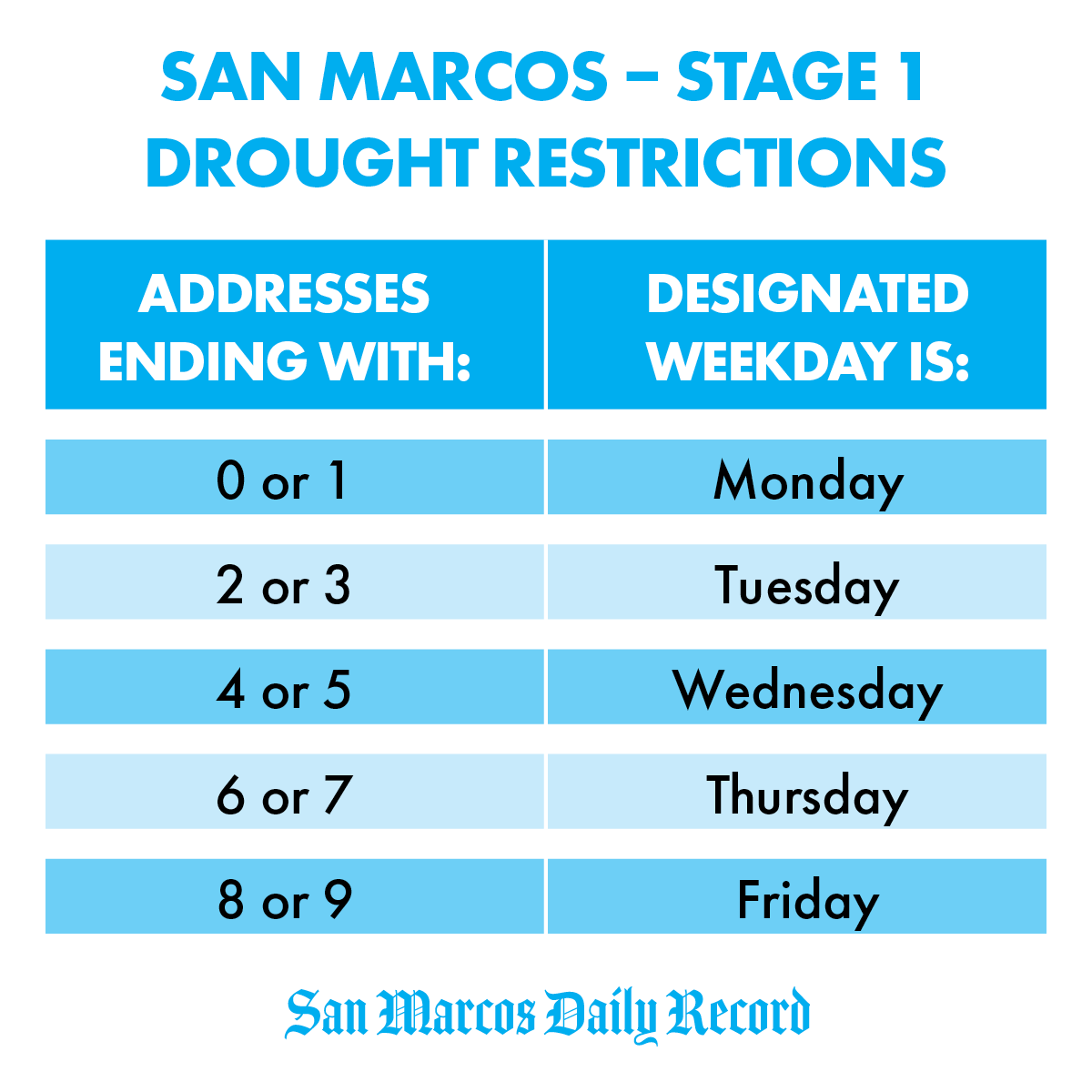 City to move back into Stage 1 drought restrictions

The City of San Marcos announced it will exit Stage 2 drought restrictions and move down to Stage 1 rules effective Sunday.

The city’s move comes after rains continued to fall over the Edwards Aquifer recharge zone. According to the city, the Edwards Aquifer index well level hit 666 feet above mean sea level and the daily reading was 6662 feet msl on May 20, allowing the city to reduce its restrictions.

“We received much needed rainfall, but we still need to remain vigilant,” Interim Utilities Director Tyler Hjorth said in a statement. “We still have a long, hot, and likely dry summer ahead of us so it’s crucial to continue conservation.”

The city’s decision comes weeks after the Edwards Aquifer Authority declared an exit from Stage 1 permit reductions from the San Antonio Pool. The EAA announced on May 7 that it was exiting Stage 1 permit restrictions after it recorded a 10-day rolling average measurement taken at J-17 Index Well of 600.8 feet msl and the discharge measurements taken at Comal Springs were recorded at 234 cubic feet per second, allowing the groundwater conservation district to relieve its restrictions.

The City of San Marcos had been under Stage 2 drought restrictions since April 25.

Hand watering and using soaker hoses or drip irrigation is allowed on any day and at any time.

Full text of Stage 1 rules can be found at sanmarcostx.gov/drought.