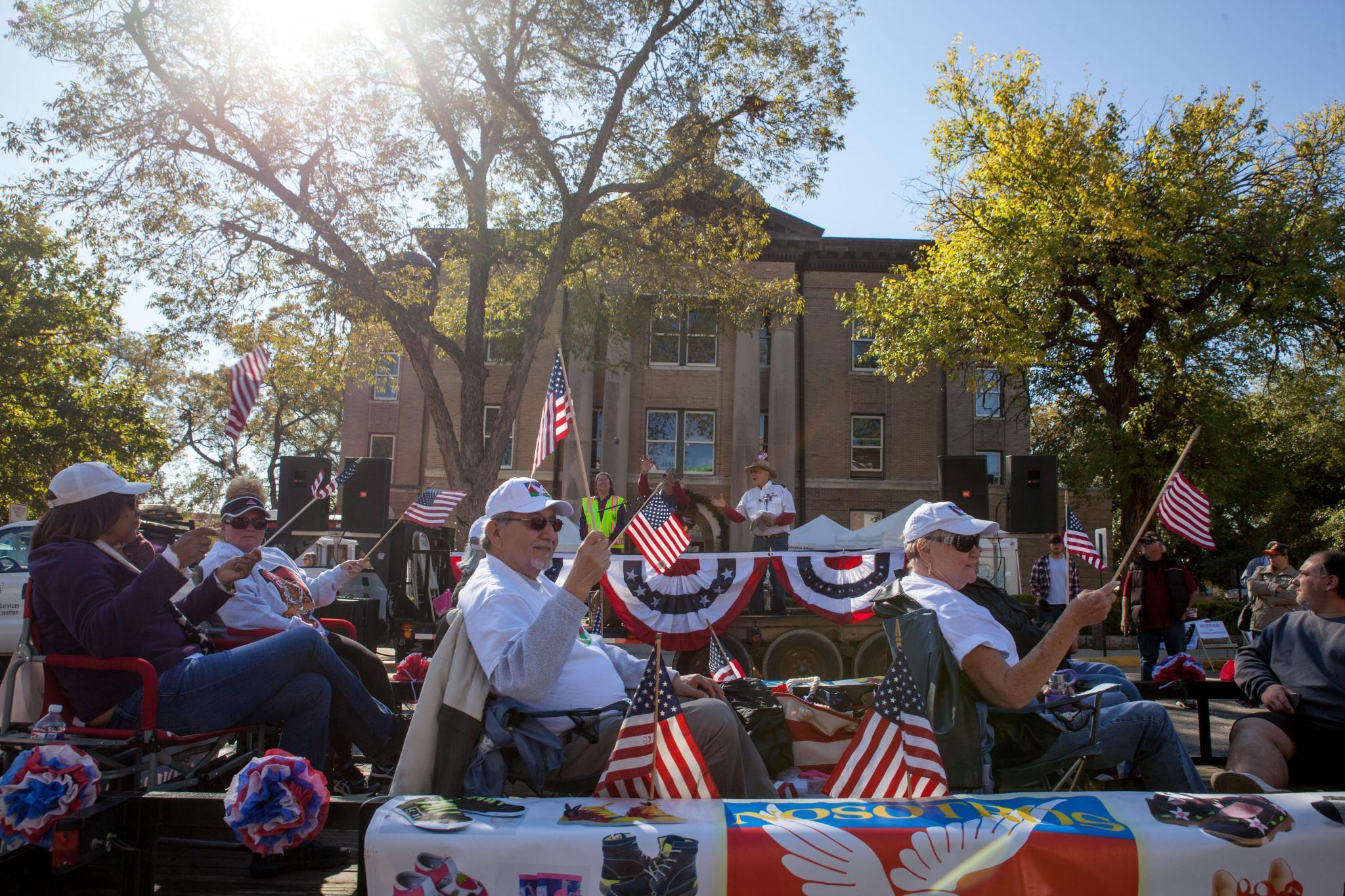 The City of San Marcos is now accepting entries for this year's Veterans Day Parade on Saturday, Nov. 6. Applications can be found online at www.sanmarcostx.gov/parade. Above, a float drives by during the 2019 parade. Daily Record file photo

Entries are now being accepted for the 2021 Veterans Day Parade, the City of San Marcos recently announced.

The parade — presented by the city’s Parks and Recreation Department with assistance from the Veterans Affairs Advisory Committee — is set for Saturday, Nov. 6 at 10 a.m. The city said pre-parade activities and entertainment will take place beginning at 9 a.m. on the Hays County Courthouse’s lawn.

The parade’s theme will be “Honoring All Who Served the United States of America.” The city invites everyone to participate in this year’s parade, including veterans’ groups, military organizations, civic clubs, bands, drill teams, public officials, equestrians, youth teams and classic vehicles.

The city said there is no fee to participate in the parade but all entries must fill out an application no later than Oct. 29. Applications can be found online at www.sanmarcostx.gov/parade.

Prior to the parade, the Kiwanis Club of San Marcos will help decorate bicycles, tricycles and scooters between 9 a.m. and 10 a.m. with free flags, streamers and sign materials available on the courthouse lawn. The Kiwanis Club invites children 5 years and older to join as its members lead an escort into the parade and around the courthouse. The city said preregistration for the Kiwanis Club Kids Bicycle Brigade is not necessary. Participants will be entered into a drawing for a free bicycle.

Call Parks and Recreation for additional information about the Veterans Day Parade at 512-393-8400.