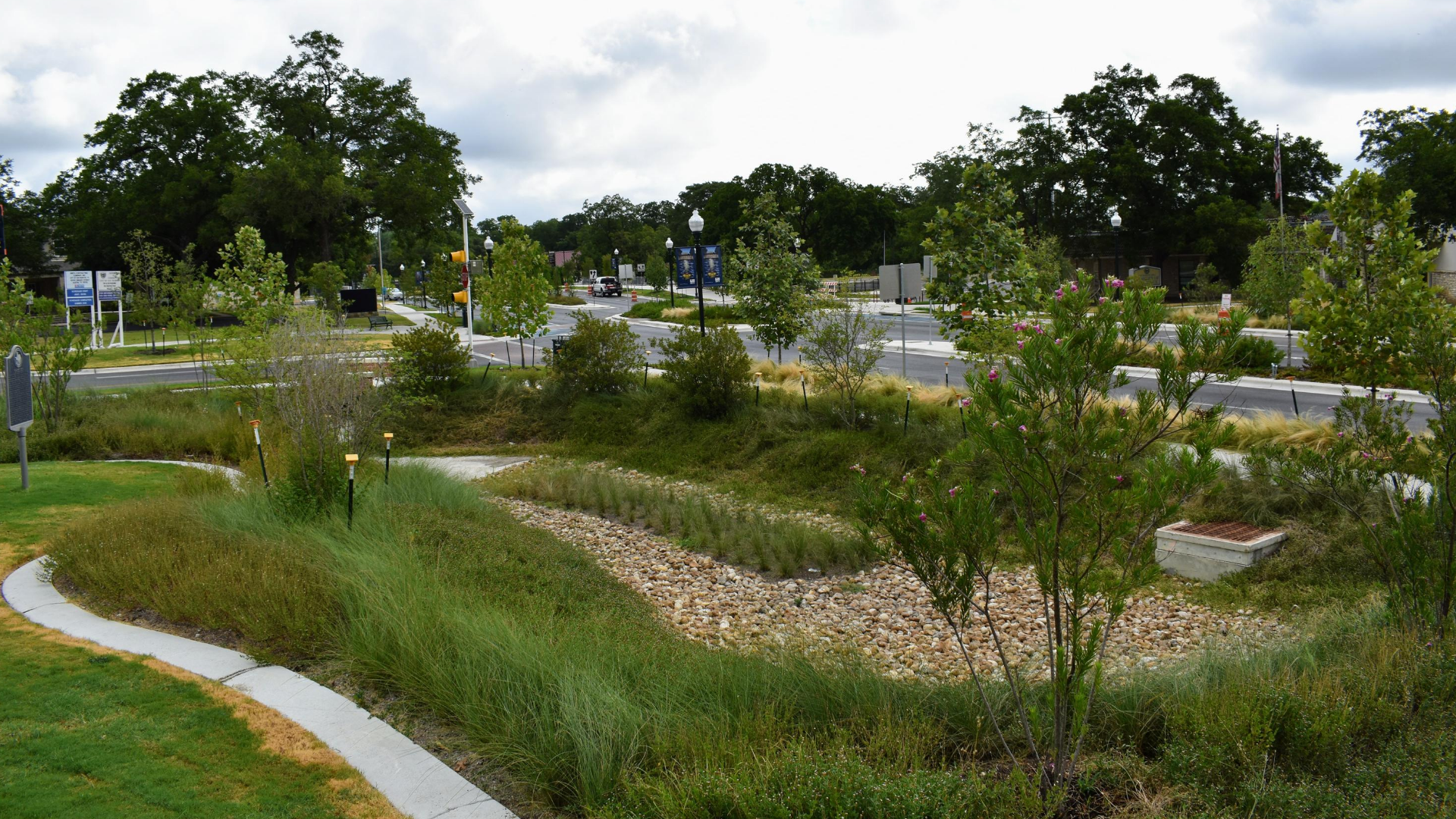 The contest judged projects that implemented realistic application of GI/LID practices within Region 6, which covers Texas, Arkansas, Louisiana, New Mexico and Oklahoma. According to the city, the GI/LID method of design and development attempts to mimic or improve local native landscape.  GI/LID elements help to reduce pollution and flooding, conserve clean water and minimize the heat island effect in cities, the city said Thursday.

“In addition to replacing this section of roadway, our final design incorporated green stormwater infrastructure due to the close proximity to the San Marcos Springs and River,” city Senior Engineer and Project Manager Greg Schwarz said in a statement. “The green vegetative areas along the roadway slow and absorb rainwater from the pavement and also clean it of contaminants before it flows back into the river.”