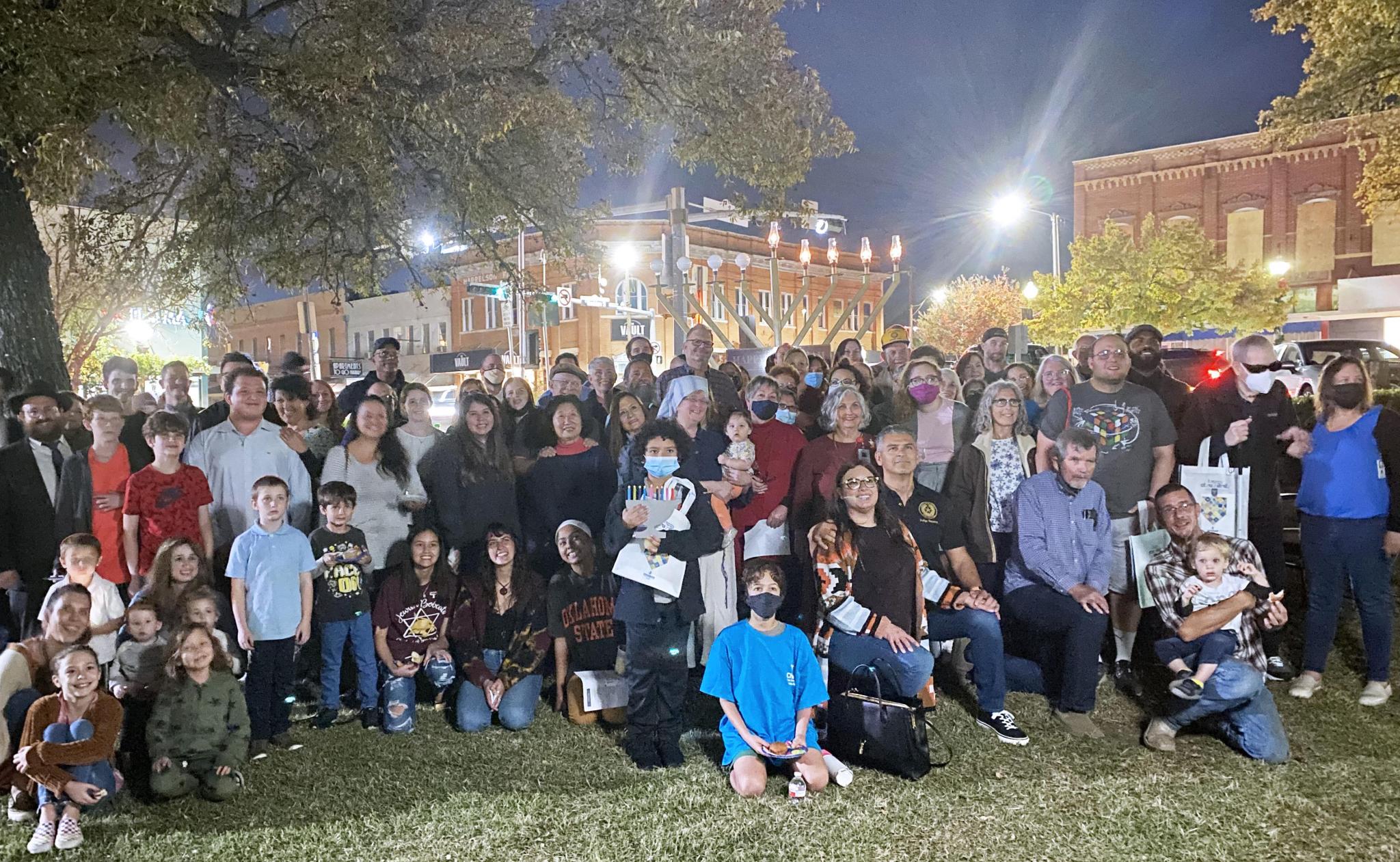 San Marcos residents and visitors packed the northwest corner of the Hays County Historic Courthouse lawn for a menorah lighting.

“Here we institute the holiday of Hanukkah, which revolves around the miracle of oil,” said Rabbi Ari Weingarten, Director of Chabad of San Marcos. “So Why did the rabbis choose to mark Hanukkah in such a great way that 2,000 years later we’re still celebrating? And perhaps the answer lies within the fact that it was a cruse of oil. And the message of Hanukkah, which is that darkness, no matter how dark it is and no matter what type of evil exists in the world, when you stand up for what’s right and you stand up for what’s true, light will always prevail over darkness.”

Hanukkah celebrates the victory of the few against the many, the powerless over the mighty and the light over the darkness. The festival began on Sunday and lasts eight days, ending on Dec. 6 this year.

Bruce Smith, a member of the Jewish community, said part of the tradition of Hanukkah is reaching out to the community and taking care of each other.

“There was a writer, James Keller, who said once that, ‘A lighted candle is not diminished by lighting another candle. We don’t diminish one by lighting another.’ And in that same sense we can lift each other up and we are no way diminished ourselves,” Smith said during Wednesday’s ceremony. “I think this wonderful showing here this evening is evidence that San Marcos wants to do that.” 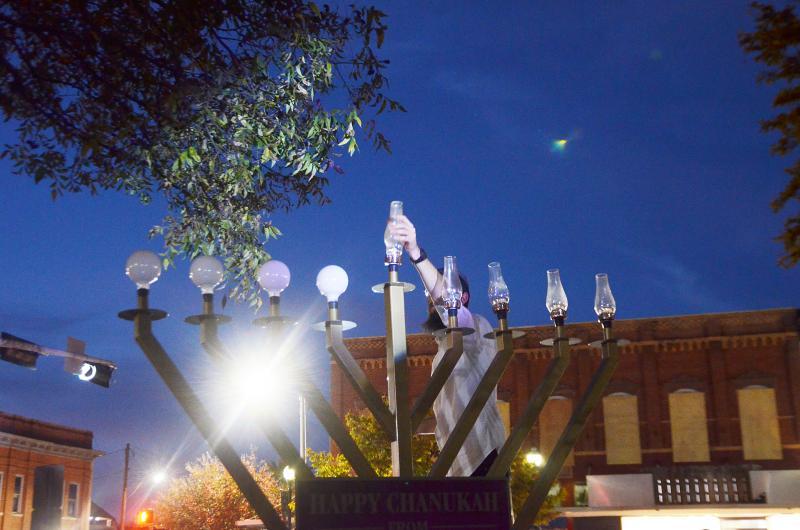 Above, the menorah located on the Hays County Historic Courthouse lawn is lit during a public ceremony hosted by Chabad of San Marcos on Wednesday.  Daily Record photo by Nick Castillo

Wednesday’s menorah lighting comes after antisemitic actions have taken place in San Marcos. In October, antisemitic fliers were found in the Willow Springs neighborhood. The letters, which claimed “every single aspect of the covid agenda is Jewish,” and questioned why Jewish people “control” the media, were quickly reported to the San Marcos Police Department on Oct. 30.

“The tradition of lighting of the menorah impart represents that a small light can overcome a vast darkness, a symbol of unity and goodness,” Hughson said. “Unfortunately, communities along the [Interstate 35] corridor recently received some disturbing and hateful messages directed at members of the Jewish community. I am appalled and saddened that this happened, and appalled and saddened about the impact that it’s had on our friends in the community. These attacks have no place in society and I denounced any of this in any form … Please know that I stand with you in solidarity and by working together we’ll be a stronger community.”

Added Hays County Judge Ruben Becerra: “The best thing I can do as your county judge is to remind you that I see you. Whether you look like me, or whether you don’t, whether you pray like me or you don’t, I will always stand with you because the most important thing to realize is that we are a community. And as a community, when we see each other with loving eyes, we can’t help but to be more conscientious toward one another.”

Wednesday’s ceremony concluded with the blessing and lighting of the menorah accompanied by music performed by Devora Gleiber. Chabad of San Marcos also served latkes and sufganiyot (jelly-filled doughnuts) to attendees.

“And here again, the rabbis embedded in the tradition a message that if you’re shining your light, which we all need to shine our light, don’t be complacent with what you did yesterday. Yesterday was good for yesterday. Today needs a little more. Today we need to increase our light and we always need to do a little more than we did yesterday and that’s what we call life.”