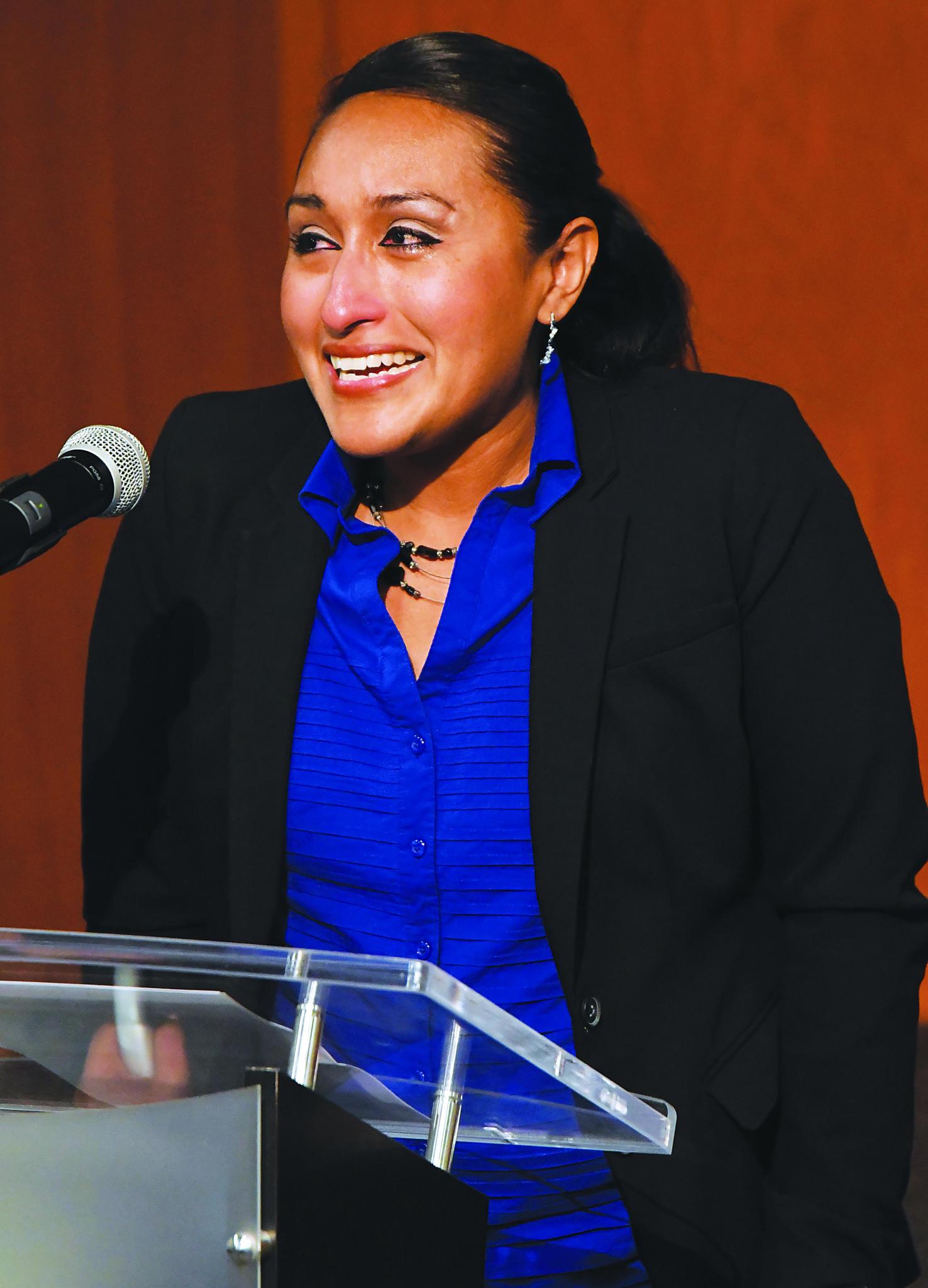 Claudia Cormier shared her story about surviving a traumatic accident and her hope to return to her duties as a San Marcos Police Department officer. Daily Record photo by Lance Winter

Sun, 10/13/2019 - 12:00am
SMPD officer recalls traumatic accident, hope for future
Nick Castillo
Staff Reporter
@Nick_Castillo74
Sunday, October 13, 2019
“The beauty of it is that I’ve never been alone … I have a purpose that I now understand. The bond I share with my brothers and sisters in blue has pushed me to work harder to be better than before and to always strive for excellence. To all those who were there that night (of May 18), I will forever be thankful for saving my life.” - Claudia Cormier

Claudia Cormier shared her story for the first time Friday.

The San Marcos Police Department officer, who lost her right leg when she was hit by an SUV while on duty on May 18, recalled the traumatic night and shared her hope for the future during an emotional press conference.

“I stand here today feeling thankful to be alive and blessed to work in the community of San Marcos,” Cormier said. “May 18th has forever changed my life and those around me. While I was in the hospital, I read multiple articles and watched several news broadcasts about my accident, surprisingly I go back to that moment I began to pray out loud and hope that I was forgiven for all my sins. I knew then that I could not recover, or move forward if I did not remove all the negative the accident carried. After my husband and I were able to hold and comfort each other, we decided to forgive the individuals involved and hope that they will also move on with their lives.”

Cormier, a three-year SMPD veteran, responded to a traffic hazard call around 9:45 p.m. on May 18 near mile marker 202 on northbound Interstate 35. Moments later she was struck by an alleged drunk driver. The impact from the vehicle severed Cormier’s right leg.

“When I arrived, my first thought was that I needed to act quickly in order to prevent any accidents from occurring on the highway,” Cormier said. “I began to drag the obstacle out of the highway and headed toward my patrol car. Suddenly, I felt the impact. When I opened my eyes. I remember feeling something has hurt my back. I was laying on the grass and could see my patrol vehicle ahead of me. The impact on my back was me landing safely on grass, rather than on the waves of traffic, after being struck by a vehicle ... When I tried to move my legs to stand, I realized that along with my boot I had lost my right leg.

“I cannot describe how excruciating the pain was and I admit that I asked my husband to let me go on several occasions,” Cormier added. “I felt that everything I had accomplished was all that I could do and that it was my time to go.”

A nurse, who Cormier identified as Jessica Flores and works at Ascension Seton-Hays Medical Center, stopped to render aid before officers could arrive to the scene. The nurse applied three makeshift tourniquets out of T-shirt material to stop Cormier’s bleeding.

Officers, including Cormier’s husband who’s also an SMPD officer and was on duty that night, arrived to the scene and applied three more tourniquets before emergency medical services transported her to Ascension Seton Hays.

The injuries Cormier sustained during the accident almost caused her to also lose her left leg, right arm and right eye. She underwent over 20 surgeries and received 100 staples and stitches.

“When I arrived to San Marcos there were approximately 100 people who waited to greet me at the police department,” Cormier said. “I was thankful to have so much love surrounding me and blessed to have survived such a traumatic experience.

“The beauty of it is that I’ve never been alone … I have a purpose that I now understand. The bond I share with my brothers and sisters in blue has pushed me to work harder to be better than before and to always strive for excellence. To all those who were there that night (of May 18), I will forever be thankful for saving my life.” 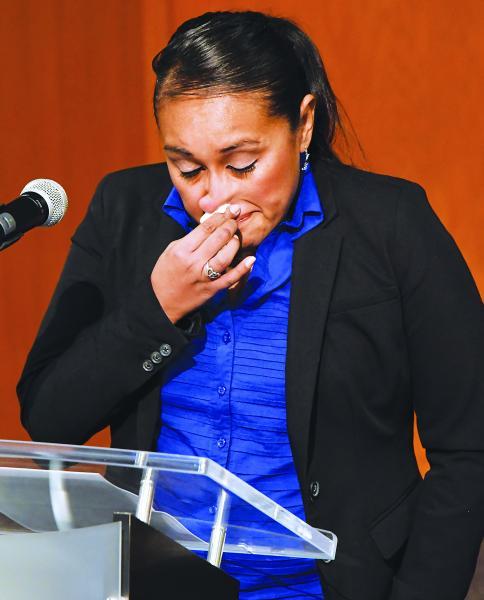 Bob Klett, interim chief of police and head of the San Marcos Police Department, said Cormier is an inspiration to all.

“Just standing here in awe of her strength,” Klett said. “Watching her come up through this agency and seeing her determination to serve others. Even after an incredibly traumatic incident, her drive to come back is a show of strength for everybody here.”

Cormier said it will take at least a year and a half to two years before she can return to street duty but she’s determined to make it back.

“One day it remains on my mind, the day I wear the uniform and badge that I love with pride and happiness to continue serving my community,” Cormier said.