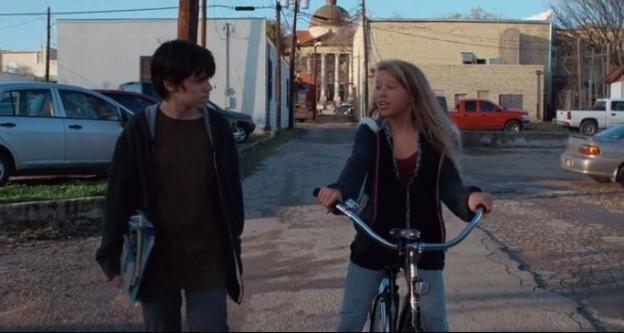 Kissing Alley will no longer be the only alleyway with an iconic name in San Marcos.

The San Marcos City Council approved designating an unnamed alley alongside The Marc as “Boyhood Alley,” named after Richard Linklater’s 2014 film which San Marcos was featured in.

The resolution passed by a 6-1 vote during Tuesday's regular meeting, with Mayor Jane Hughson dissenting.

“This is not a referendum on the movie, I understand the movie’s great,” Hughson said. “Nothing to do with the movie, but I think that we need an explanation for the public who don't know that this is about a movie.”

San Marcos Main Street had previously expressed similar concerns, that “people, in general, wouldn’t be familiar with the movie,” according to Rebecca Ybarra, the Director of Destination Services with the San Marcos Convention and Visitor Bureau.

The SMCVB brought the proposal naming the alleyway after Linklater’s 2014 film “Boyhood” to Council on Aug. 16.

The name was first proposed by Lost River Film Fest in partnership with Judge Ruben Becerra’s office, which “has long been an ardent champion of cinema, and in particular, enticing the film industry to invest and create content here in Hays County,” according to Co-Founder Jordan Buckley.

Boyhood Alley, located adjacent to The Marc and across from the Hays Historic Courthouse on the Square, is the backdrop in a scene from the film, in which friend Jill (Evie Thompson) reveals to protagonist Mason (Ellar Coltrane) one of his schoolmates has a crush on him.

“We see the naming of Boyhood Alley as a superb opportunity to highlight how our city and county have served as a destination for some really excellent films,” Buckley said. “Perhaps none more so than Boyhood.”

According to Buckley, the alleyway has unofficially been referred to as Boyhood Alley since 2016.

“Behind what was a tattoo parlor, there's basically this cool little grassy nook when you go down Boyhood Alley and tuck over to the left,” Buckley explained. “We shot films there on a few occasions, and when we would make posters and promote it on social media, we would just refer to it as, you know, go down Boyhood Alley.

“So we kind of coined it without the blessing of our municipal leaders,” he added.

Lost River Film Fest has received 262 submissions for its sixth annual film festival this year, “the vast majority of whom are filmmakers that actually paid us to consider including their film, which is bewildering to me — how we've grown from just a group of misfits who screened films that we like at the library to a somewhat established festival where we receive film submissions from nearly every continent, year in, year out,” said Buckley.

“I don't even remember what film we're talking about, but people that didn't know each other kind of started chiming in and talking about films,” he said.

From there, according to Buckley, the informal gathering “spun off into a group that began to figure out how to start showing films in town and create a film society.”

Before COVID, Buckley said the Fest used to hold 72-hour film contests and Music Flicks in the 666, “which were all San Marcos bands, music videos that we would show at Cheatham Street Warehouse.”

“And then the pandemic came and we kind of scaled back,” Buckley said. “Now, the organization is essentially rebranding as exclusively the Lost River Film Fest.”

The Lost River Film Fest is a four-day event held Oct. 20-23 in various locations throughout San Marcos. The key sponsor for this year’s Fest is the Burdine Johnson Foundation, a foundation supporting charitable causes in Hays County and Central Texas.

This year’s film fest will feature a screening of another Linklater classic, “Everybody Wants Some!!” — a comedic film following the lives of college baseball players in 1980s Texas.

The Lost River Film Fest also plans to hold a ribbon-cutting ceremony for the alley name dedication at its four-day festival.

“Now that we've learned of the 6-1 approval by city council, we're going to reach back out to Mr. Linklater and try to find a mutually agreeable time,” Buckley said.