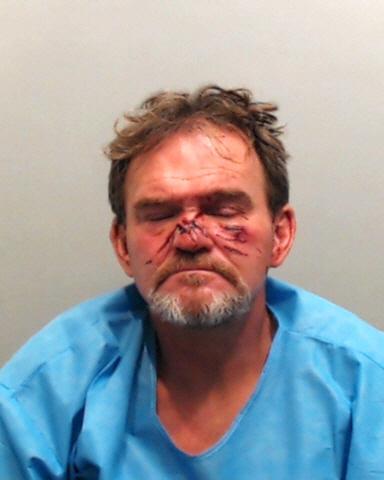 A SWAT situation in the Morningwood neighborhood over the weekend ended when a Hays County canine unit subdued the subject.

Lt. Dennis Gutierrez from the Hays County Sheriff’s Office said Rex Dean Lloyd, 52, had barricaded himself inside his house after law enforcement responded to a call about an assault that had just occurred. Lloyd refused to exit his residence, Gutierrez said, and was threatening officers and had armed himself with a firearm.

“After several hours of failed negotiations, the Hays County SWAT deployed to affect his arrest,” Gutierrez said. “The suspect refused to comply with law enforcement commands, nor was he affected by SWAT tactics.”

Eventually, Gutierrez said, a police dog “neutralized the suspect causing the facial injuries that resulted in the suspect being taken into custody.”

Lloyd was arrested on a charge of assault family violence with a previous conviction, a third degree felony, and was booked into the Hays County Jail on Saturday. As of Wednesday morning, he was still being held on a $15,000 surety bond. Charges of resisting arrest and making a terroristic threat against a peace officer were added later.

Dean had also been arrested on June 1 on a charge of aggravated assault with a deadly weapon. He was released June 4 on a $20,000 surety bond. The alleged aggravated assault on June 1 was a separate incident from the assault that led law enforcement to Lloyd’s house this past weekend.