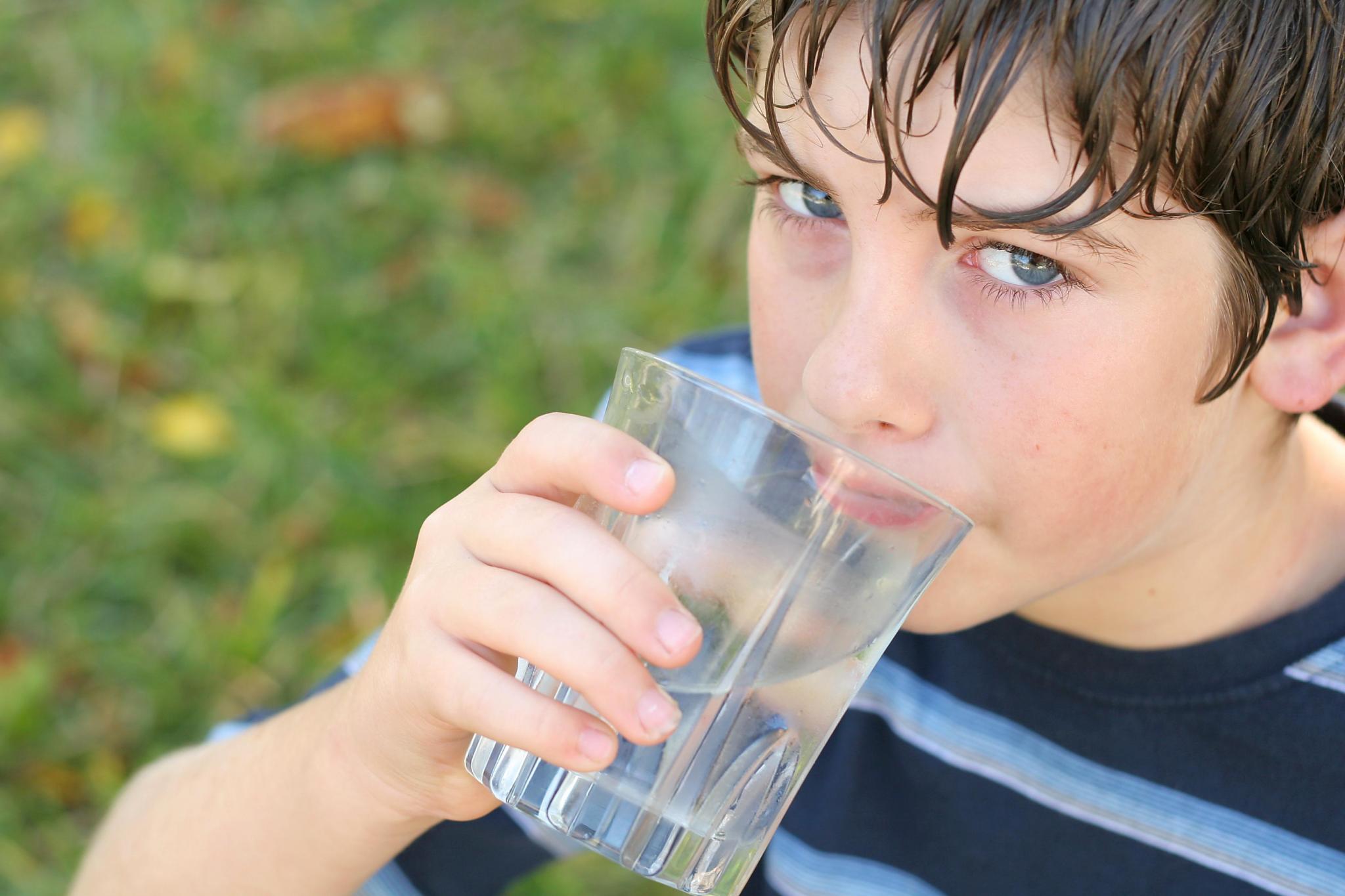 After months of staying inside, the urge to enjoy the outdoors is higher than ever for many. More time outside means an increased risk of dehydration especially in the summer months.

Hydration is particularly important for children as they require more water than adults because their internal cooling system isn’t fully developed yet. The surface area of a child is smaller and sweat glands aren’t fully developed, which makes it much harder for the body to cool itself.

He explains that our bodies use evaporation to cool. “It’s basically taking moisture and using the air blowing over it to help your body cool,” Adams said. “When it's more humid, your body is unable to transfer that moisture to the air because the air is so laden with moisture. Your body doesn't have the opportunity to cool as much. This is why you can tolerate higher temperatures in drier climates like Phoenix.”

Adams says once you are thirsty, you are already behind the curve, past the point of dehydration. Your body won’t be able to keep up with continued activity and you may be causing damage to your kidneys.

“I encourage people especially during the summer to drink water preventatively,” said Adams. “If you are being active, just go ahead and have sips of water every 15 minutes.”

As the team physician for U.S. Cycling team for years, Adams knows the real risk of dehydration. With less water in your body, there are chemical imbalances, beginning with your body becoming more concentrated with sodium. When dehydrated, the kidneys begin to shut down and aren’t able to get rid of toxins effectively, and they build up. This can lead to renal failure and seizures.

Parents and caretakers should be aware of various ways to keep kids hydrated and the signs of dehydration, especially for kids that aren’t at a talking age. Even children at a talking age may not be able to recognize thirst themselves.

Common signs of dehydration include a dry or sticky mouth, few or no tears when crying, eyes that look sunken, in babies, the soft spot called fontanelle on top of the head looks sunken, peeing less or fewer wet diapers than usual, dry or cool skin, irritability, heavily pigmented urine, drowsiness or dizziness.

While symptoms of dehydration may not look very different between children and adults, it may surface more with behavior. Dehydration modifies your behavior in ways children may not be able to temper. That temper tantrum your child is having after hours in the sun, may be a sign of dehydration, Adams said.

As many parents know, it is hard to get kids to drink the water they need. But there are other ways to make sure a child is hydrated and healthy.

To begin with, for every 15 minutes of outdoor activity, drink about 4 ounces of water which is approximately 4 gulps.

Every 30 to 45 minutes give your child salt and potassium to help protect against electrolyte loss and promote hydration. Pretzels or goldfish or a cheese stick with some oranges, banana, or strawberries are good options. Avoid sugary sports drinks which were developed with an adult’s body in mind.

Doctors recommend children drink half of their fluids from water and the other half from milk, 100% fruit juice or smoothies.

Popsicles, gelato, smoothies and yogurt with real fruit are also great ways to increase hydration. Making home-made popsicles or smoothies made with coconut water can be especially hydrating.

Avoid sodas and stick to carbonated water mixed with fruit juice as an alternative to soda. Use frozen fruit as ice-cubes in water or seltzer waters, too.

Be aware that some prescription medications can be dangerous with excessive exposure to sunlight or may speed up dehydration. Make sure you research any medications your child is taking to see if additional precautions should be taken in excessive heat.

Doctors recommend hanging a pee chart in the bathroom to teach children what a healthy level of hydration looks like and when they need to drink more water. Generally, the lighter the shade of yellow, the more hydrated they are. Many of these can be found online and printed off at home.

Sometimes kids aren’t under the supervision of parents and may be with a coach for summer activities, and Adams says it's important to make sure your child’s coach has experience working in the Texas heat and is giving kids frequent water breaks.

Trained in sports medicine, he recommends coaches encourage everyone to stop and drink at the same time and keep a schedule of hydration breaks. Although the heat can be dangerous and even deadly without preventative hydration, exercising is important in the summer and can be done safely, especially if you acclimate yourself.

“I encourage people to get outside in the summer,” said Adams. “With COVID-19 and social distancing, depression is a huge issue. Just 15 minutes of aerobic exercise every day has the equivalent effect of taking an antidepressant. People don't recognize that effect from consistent aerobic activity.”

Getting 15 minutes of sun exposure is equally important for overall health, and can easily be neglected by staying home. He says vitamin D is essential to immune system function.