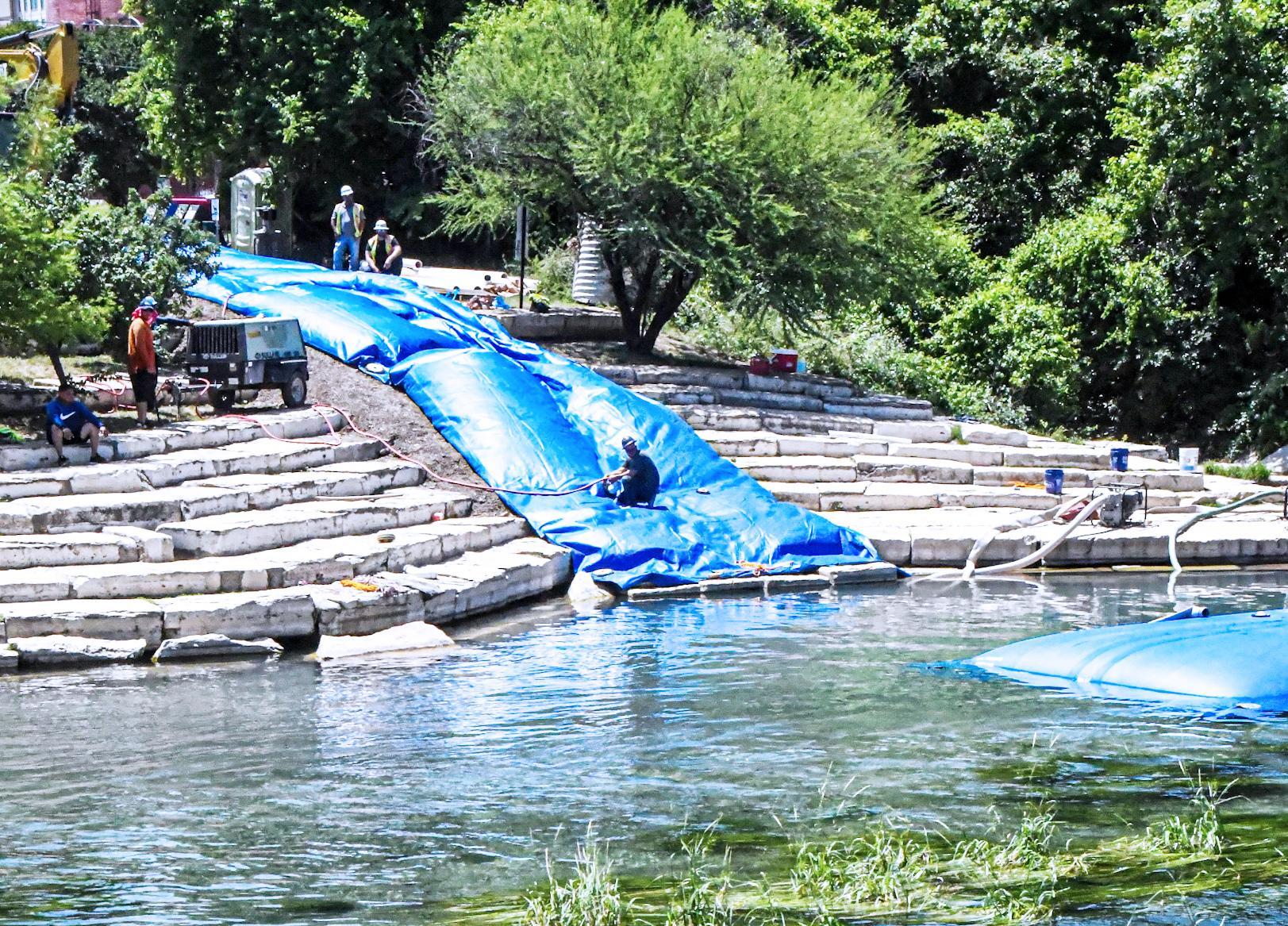 Dog Beach is set to close as city-contracted crews will position fencing to repair stonework and protect against future erosion, the City of San Marcos recently announced.

Work on Dog Beach, which is located across the San Marcos River from the Lions Club Tube Rental, Pauline Espinosa Community Hall and City Park, will extend into the water approximately 1/3 the width of the river adjacent to it.

“Near the water’s edge [at Dog Beach] a lot of the stones are fine but there’s maybe half the stones at the water’s edge are turning over and falling in the river,” City of San Marcos Senior Engineer Greg Schwarz previously told the Daily Record. “Similar issues are happening there where the stones are getting undermined so we need to go in with this exact same process of putting a deeper foundation … But it’s the kind of thing that we noticed it early and we’re going to address it. Time wise, it won't take nearly as long as it’s taken to do [the Rio Vista Falls Maintenance Project]. Of course, the river will be half open so they’ll be able to dewater just the portion around Dog Beach.”

Construction work on Dog Beach was meant to be completed in May 2022 in order to avoid the busy summer season on the San Marcos, according to the city. Delays that occurred upstream during the Rio Vista Falls Maintenance Project, however, postponed repairs at Dog Beach. The city added that postponing work at Dog Beach until after the summer season was considered by it was determined to be cost-prohibitive.

The Dog Beach project aims to address safety and stability issues that will continue to develop in the stonework, the city said, adding that repairs include deepening the foundation at the water’s edge and installing a protective layer of rock armoring at the riverbed level adjacent to the foundation.

Ecosystem protection measures will remain in place throughout the project, which will include erosion control, a turbidity curtain, the use of non-toxic hydraulic fluid, and the relocation of native species, according to the city.

Cost for the Dog Beach project is expected to be $150,000 and will be completed by  Austin Filter Systems, Inc. The city said it expects construction to be completed by July 2022.