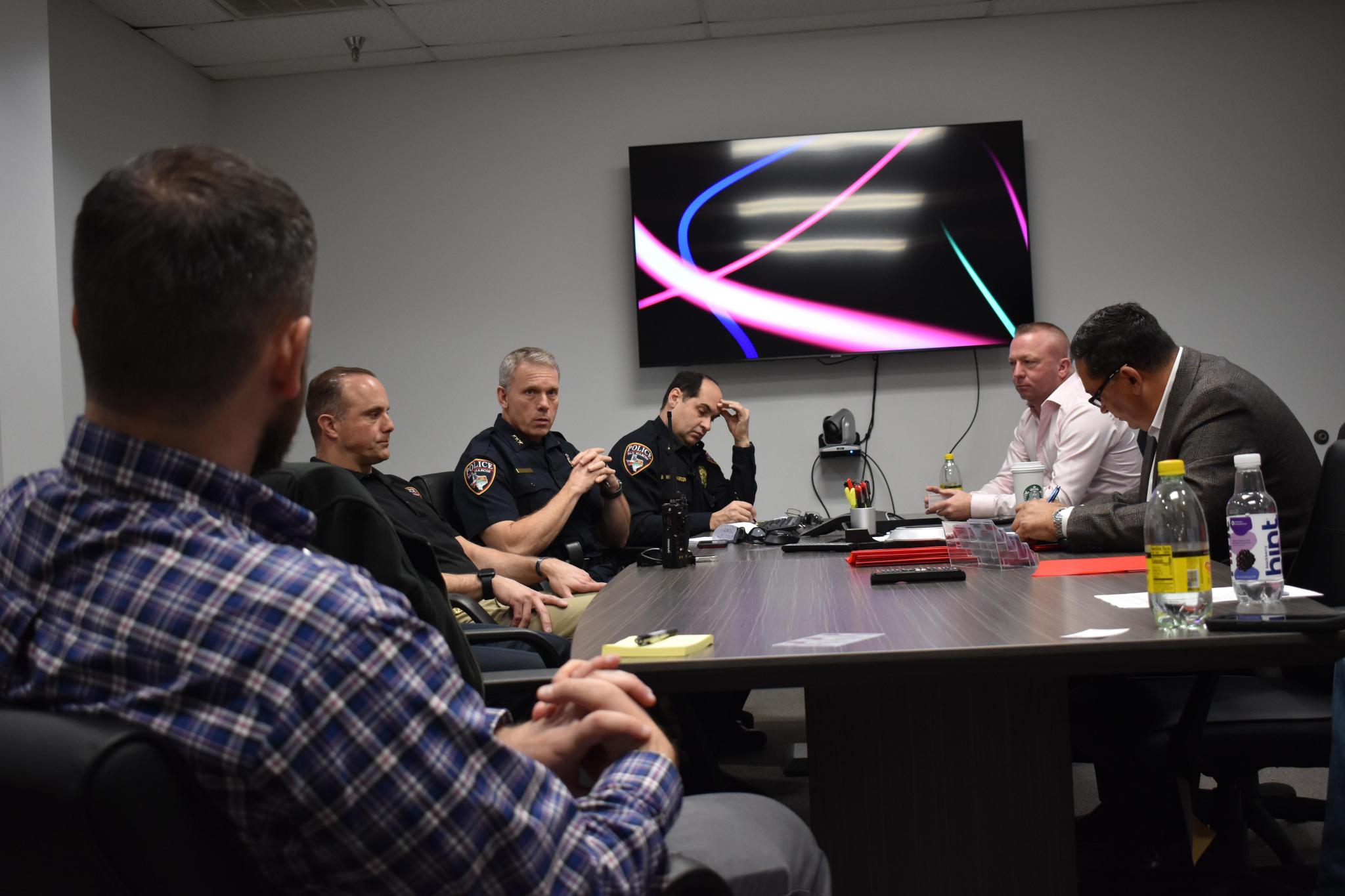 Pictured above and below: With a rise in converter theft, San Marcos law enforcement joined PGM of Texas dive deeper into how it can be stopped. Daily Record photos by Alyssa Gonzales

“I think that if we can get a good understanding of what the issues are, what the problem is and most importantly, what the solution is going to be in terms of making it easier for law enforcement to combat this issue,” said Art Acevedo, former police chief for Houston PD and Austin PD.

According to JR Willis, Chief Operations Officer for PGM of Texas, these thefts have spiked due to the value of metals within the converters which include platinum, palladium and rhodium.

These metals assist in converting harmful emissions such as carbon monoxide into less harmful ones before being released into the atmosphere. Various vehicles have different catalytic converters and therefore vary in value when purchasing one. According to Willis, however, the value of a recycled converter averages at $200.

As of September of 2021, the Texas Legislature passed a bill that would make it a felony to steal, buy or sell stolen catalytic converters. The bill also adds certain requirements relating to the purchase of catalytic converters by metal recycling entities.

Cities such as Houston have implemented additional regulations such as requiring a registered recyclers license in order to sell converters to recycling entities. 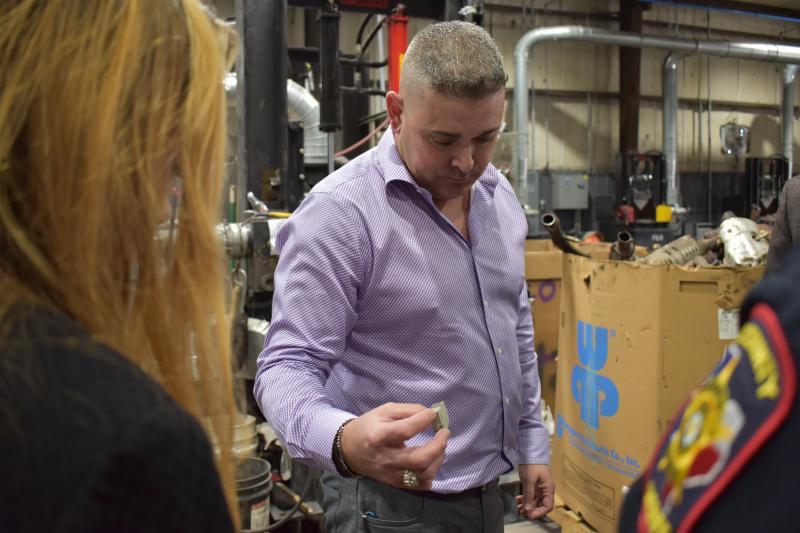 San Marcos Police Chief Stan Standridge, Assistant Chief of Operations Brandon Winkenwerder, Tennant and others were also a part of the discussion and asked questions to better understand the process of buying, selling and recycling catalytic converters and how to combat the recent increase in thefts.

Following the discussion, attendees were taken on a tour of the PGM of Texas facility and shown the process of how recycled catalytic converters are collected, broken down, labeled and sampled.

With 23 locations within Texas and across the country, PGM of Texas has done business out of  its location in San Marcos for a little over a year. For additional information regarding converter recycling and other services, visit their website.