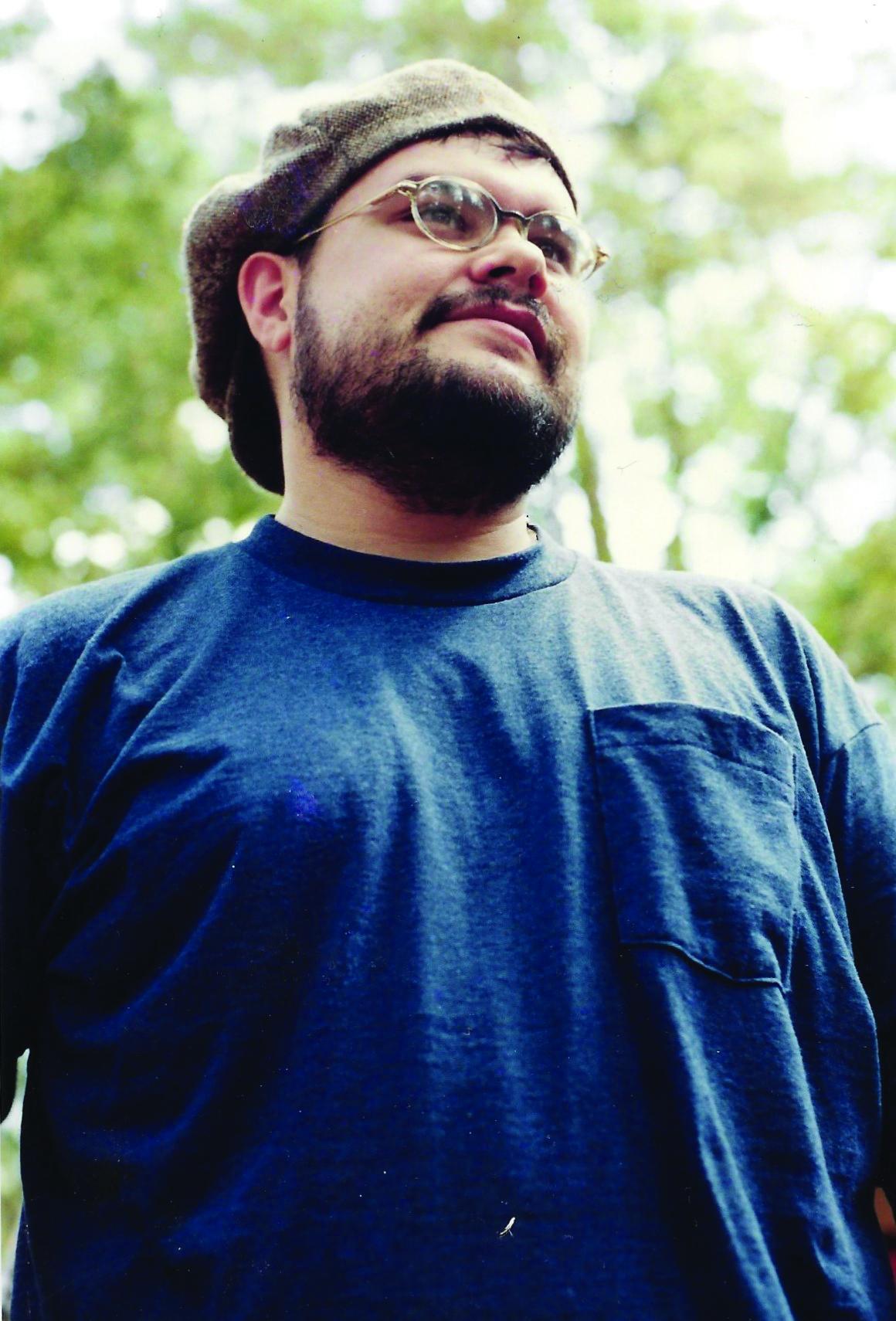 Friends, family of Robin Orta hold memorial to celebrate his life and art

Family and friends of beloved artist Robin Orta gathered at Wake the Dead Coffee House on Jan. 8 to celebrate his life. Robin passed away on Nov. 15, 2021, and the memorial was a way for people to honor his memory.

“He was always a very involved person,” said Christina Orta, Robin’s wife. “It was a really good testament to him that there was such a large turnout. There were people from all different walks of his life.”

Back then, they weren’t aware of the art community beyond the university, so Robin began to foster one of his own. By sharing his art — which is bright and whimsical — he soon became recognized around town. As a man who enjoyed being around people, Robin sought out ways to connect with his community, mainly through his art, which is displayed in Centro Cultural Hispano de San Marcos and at Wake the Dead, as well as in private collections around town. His push to share his art would establish the Ortas’ first circle of community. 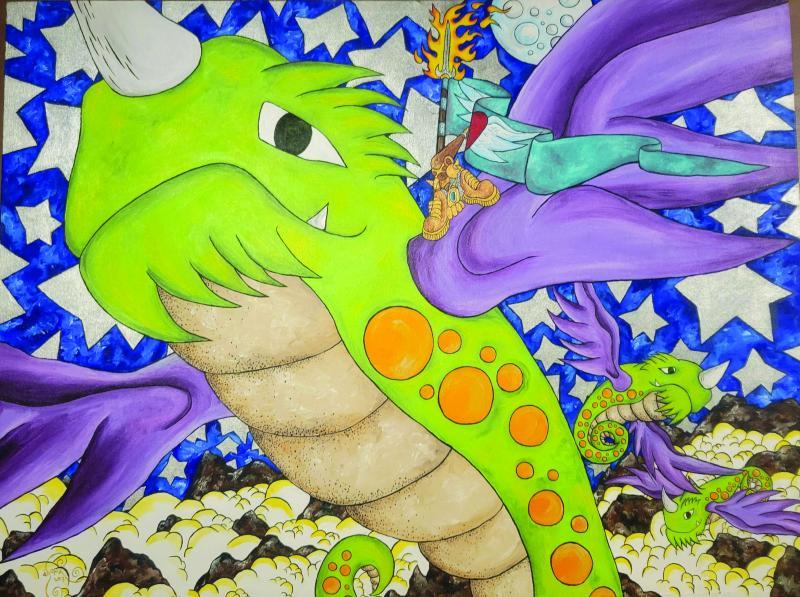 A collection of Robin Orta’s bright and whimsical art pieces can be viewed at Wake the Dead Coffee House until the end of January. Photo submitted by Christina Orta

“It’s almost like throughout our life, we’ve always found a place to have that community,” Christina said. “He was a connector. He was just so immediately willing to connect.”

Christina met Robin Orta at a birthday party in 1992 when she was 17. Back then, Robin described himself as “straight-edged,” a term for someone in the punk scene who was not into drinking or drugs.

“I needed a ride to a payphone,” Christina said. “My best friend vetted him. She said, ‘He’s a good guy, you can trust him.’”

In that car ride, Christina recalls Robin asking her, “Have you ever heard of a band called Fugazi?” She confessed she had recently bought their CD, leading the pair to bond over their quirky taste in music.

“He was over the moon that there was a girl in Texas that had his music tastes,” Christina said. “The rest of that story is that we were in a mosh pit at that party, and apparently he kicked me in the stomach. He called me the next day to apologize.”

Soon after, they went to see the movie “Singles” on their first date.

After moving to San Marcos, Robin accepted employment at the Walmart ware house in New Braunfels. This job would form another circle of community for the Orta family, as he remained there for 20 years.

“He would sit across the table from someone and after five minutes, they’d be friends,” Christina said. “That’s the kind of person he was.” 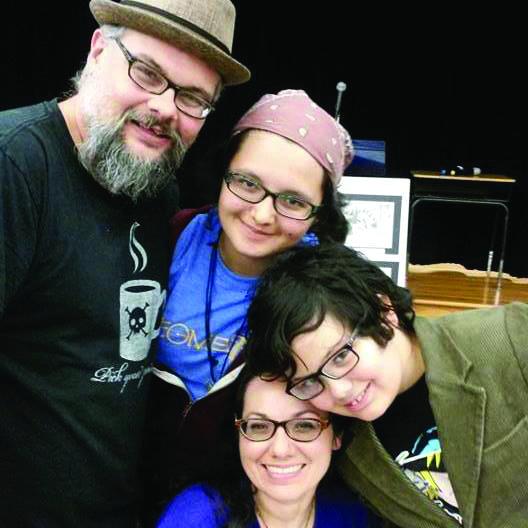 Another circle of the Orta community came with their children — daughter Phoenix, a student at Rice University — and son Griffin, a senior at San Marcos High School.

“It’s amazing to see the legacy of his art, and his children, and the community,” Christina said. “In a lot of cases, just by being the guy who showed up. He would sign up for the thing at 6 a.m. in the cold or the rain. Robin really believed that as a community we need to support each other, because you never know when life’s going to throw something at you.”

As it did for the Ortas four years ago. Robin was diagnosed with cancer in November 2018. As a student of Eastern philosophy and someone who practiced Aikido, Robin’s approach toward adversity was one of Seven Times Down, Eight Times Up.

“That was his spirit,” Christina said. “If something would come at him in the form of an adversity, he would redirect it into some thing positive.”

Joson Humphrey, Robin’s Aikido sensei, expressed similar feelings in this regard. “Robin really personified many of the best qualities in Aikido,” he said. “He was loving, giving and caring of others. He was a natural teacher. He was one of the most genuine people I've ever known.”

Family and friends came together while Orta received treatment, passing along information that would help the Ortas along the way.

“There were some organizations that really helped us,” Christina said. “AirBnB has a program for people who are undergoing treatments. Uber and Lyft provide rides. Friends of ours told us about that, and it was really helpful.”

In conjunction with Robin Orta’s memorial, his artwork will be on display at Wake the Dead until the end of January, a tribute to the communities he helped create.

“In all of his relationships, he was a son, a brother, an uncle, a husband and a father,” Christina said. “All of those relationships were cherished. He did his best to set an example for people he loved.”