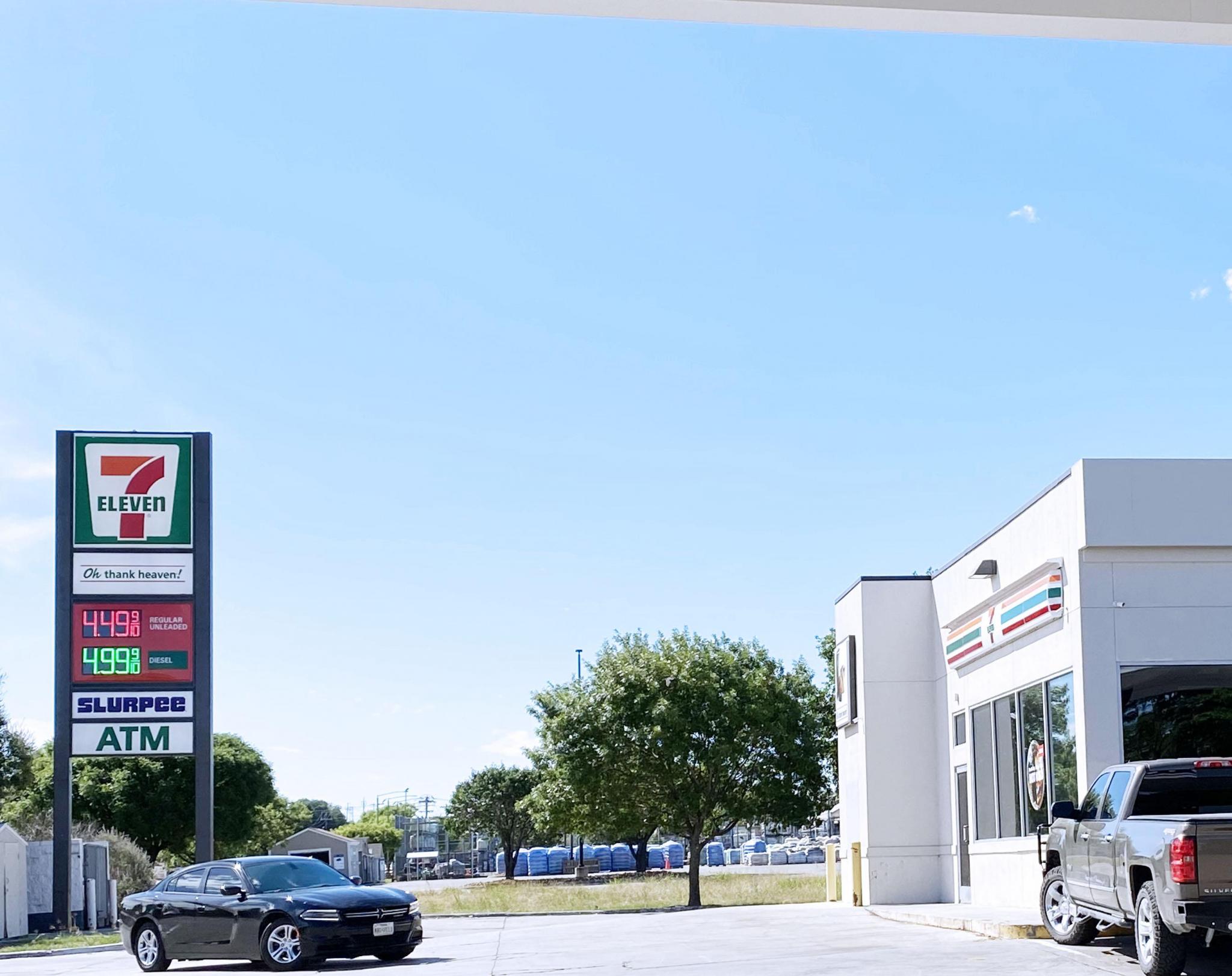 A gas station in San Marcos advertises gas for $4.49 for a gallon of regular unleaded gas. Daily Record photo by Nick Castillo

Gas prices once again rose to new highs, according to AAA Texas.

The current average price of gas in Texas rose to a record $4.34 on Thursday, which is $1.63 higher than last year and eight cents more than last week. Drivers in the San Marcos/ Austin area were paying an average of $4.32 for a gallon of unleaded gas as of Thursday, which is a five-cent increase from last week and a $1.66-rise from this time in 2021.

AAA Texas said the spike in prices was driven by the oil market watching the possibility that supplies may become tighter as COVID-19 lockdowns ease in China, and that the European Union will phase in a ban of most Russian oil products. Additionally, AAA Texas stated that reports of Saudi Arabia preparing to increase oil production to make up for the loss of Russian oil in the market has kept prices from skyrocketing.

“New retail gas price records continue to be set across the state as crude oil prices remain elevated due to tight supplies around the globe,” AAA Texas spokesperson Daniel Armbruster said. “Prices will likely continue to fluctuate with relief likely not coming until after the busy summer travel season concludes.”

Nationally, the average for a gallon of regular unleaded gas is up 42 cents compared to a month ago and $1.56 per gallon compared to last year, according to GasBuddy — a travel and navigation app that is used to save money on gas. The national average is at $4.71 per gallon of unleaded fuel.

“After several weeks of soaring gas prices, last week saw prices nationally slow down ahead of Memorial Day, but I’m afraid the good news ends there,” said Patrick De Haan, head of petroleum analysis at GasBuddy. “While gasoline demand has been seasonally soft, the large decline in refining capacity over the last few years has meant that refiners are struggling to produce even lower amounts of refined products.

“This has led inventories to struggle to see any gains, boosting concern that they won’t be able to catch up. Coupled with continued talk that the EU is still working on sanctioning Russian oil, even though Hungary is a hold out, oil markets are quite on edge,” De Haan added. “As a result of the continued decline in gasoline inventories in recent weeks, wholesale gas prices surged last week, which will likely boost prices at the pump in short order. Motorists in the Great Lakes could see prices jump early in the week to new record highs, and the rest of the nation will follow. Odds are rising that we’ll eventually see the national average reach that dreaded $5 per gallon.”

In Texas, El Paso drivers are paying the most on average for gas of the major metro areas surveyed in the state at $4.54. Drivers in Lubbock are paying the least in Texas at $4.16.