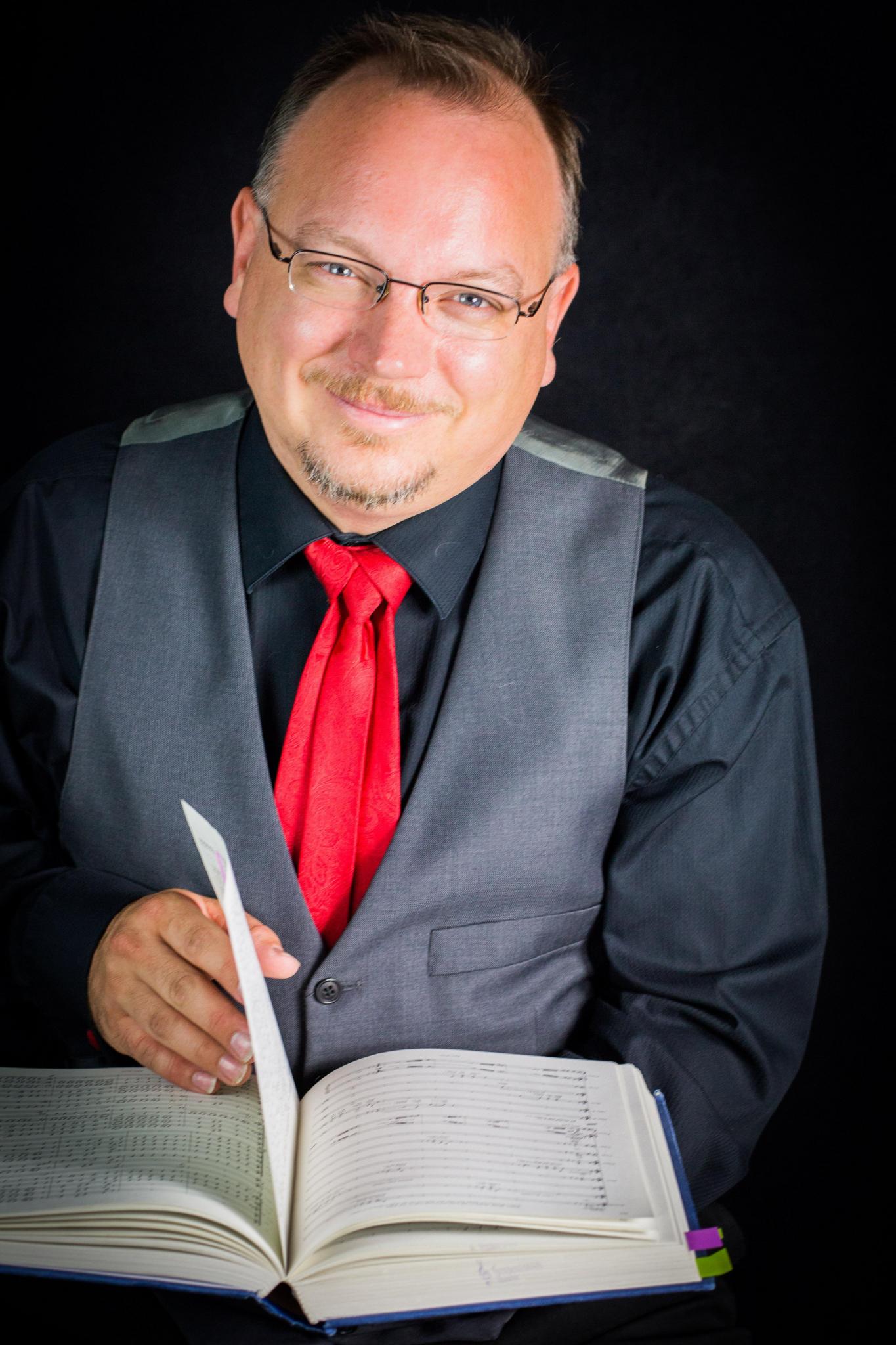 Gus is thrilled to be joining the Heart of Texas Chorus as our new director. He returned to Austin in 2014 from Phoenix, Arizona after having been gone for seven years (he says he came back to get away from the heat, traffic, and crazy politics — no, really).

During his time away, he completed his Master’s degree at Butler University in Indianapolis with a double major in Conducting and Music History and his Doctorate in Opera and Musical Theatre Conducting at Arizona State University where his dissertation focused on Benjamin Britten as a conductor and musical interpretation. He also holds a Bachelors of Music in Music Theory from Southwestern University in Georgetown, Texas.

In addition to his work with the Heart Of Texas Chorus, Gus serves as assistant conductor with the Austin Civic Orchestra and as associate music director at Westlake UMC. He has also worked extensively in theatrical sound design, including productions with ASU’s Lyric Opera Theatre, The Phoenix Theatre, and locally with One Ounce Opera.

A strong advocate for technology in the classroom, Gus has taught music technology courses at multiple Universities, and has been actively involved with the Association for Technology in Music Instruction (ATMI), where he presented a paper on open source music notation software in 2010. He has extensive classroom teaching experience in music theory, aural skills, music history and music technology, and has conducted orchestras, opera and musical theatre productions, ballets, wind ensembles, and choral organizations from middle school to collegiate and professional levels. In 2013, Gus received an AriZoni Award nomination for Best Music Direction in a Non-Contract Theatre for Little Women: The Broadway Musical at Arizona State University.

Gus says in his free time, he enjoys playing table-top games (and even worked as a manager at Emerald Tavern Games and Cafe) with his wife and teaching his two children the finer points of musical theatre.

Gus has been granted a scholarship to attend the Barbershop Harmony Society’s Directors College at Belmont University in Nashville the last week of July. This should be an excellent indoctrination into the art form of the barbershop style.

The Heart Of Texas Chorus will celebrate a “Welcome Gus Night,” Thursday, Aug. 16 at the Fellowship Hall of the First United Methodist Church from 7 to approximately 9:30 p.m. Visitors are welcome to come and participate in singing, meeting and welcoming Gus, or to just sit back and enjoy the beautiful four-part harmonies. Entertainment, food and drink will be provided.