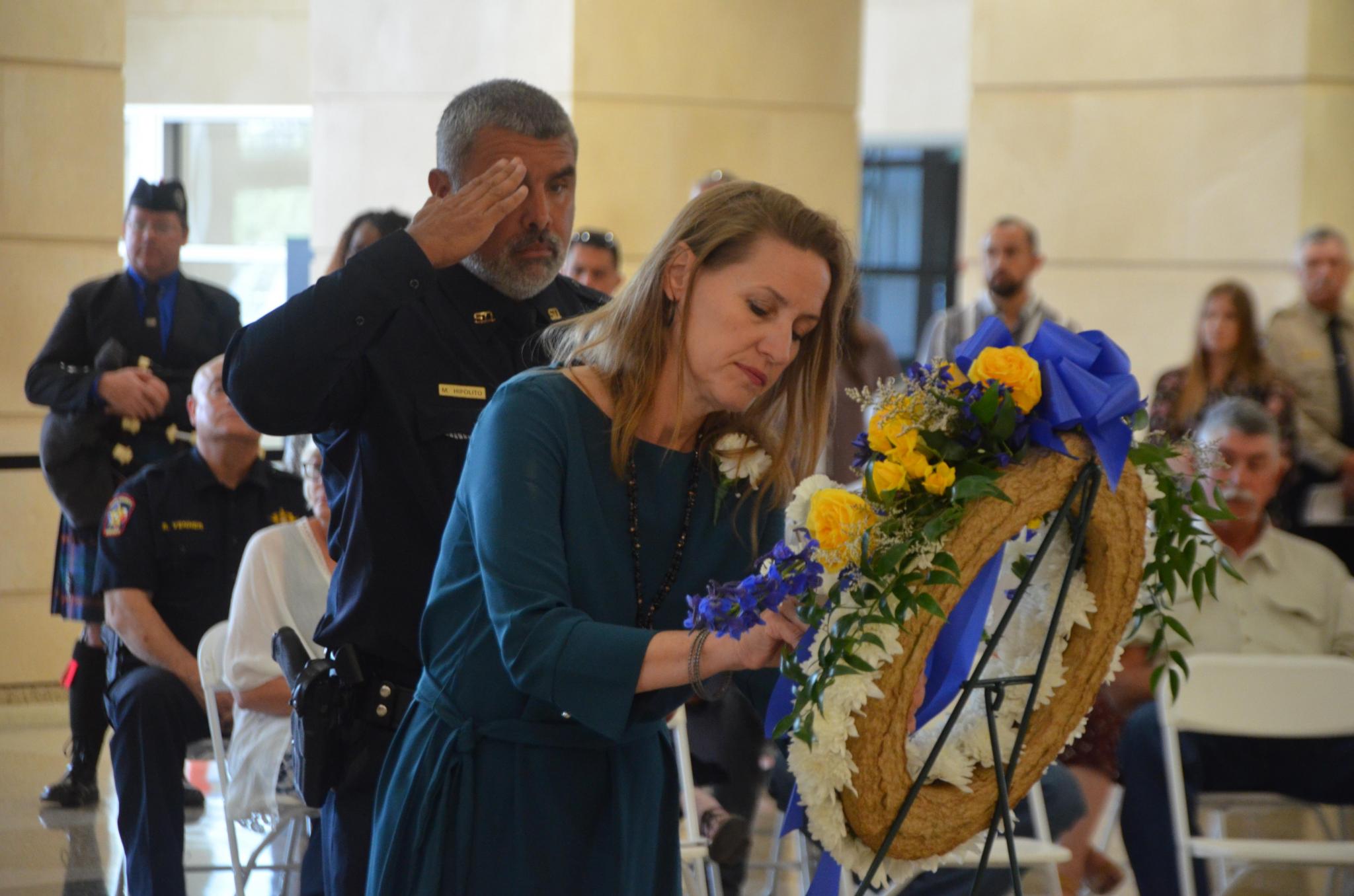 The Texas Fraternal Order of Police, Hill Country Lodge #23 hosted the memorial ceremony during National Police Week, which is observed from May 9-15.

“We gather to remember our brothers and sisters who have fallen,” said Ronnie Strain, Texas Fraternal Order of Police, Hill Country Lodge #23 president. “We stand united as a thin blue line protecting society from the evils of man … We are law enforcement officers but we are people like everyone else. There are 25,764 names on the National Law Enforcement Officer Memorial in Washington D.C. This year 617 names were added to the national memorial — 117 of those officers died in the line of duty in Texas. This number includes 105 officers who died in the line of duty due to COVID-19.” 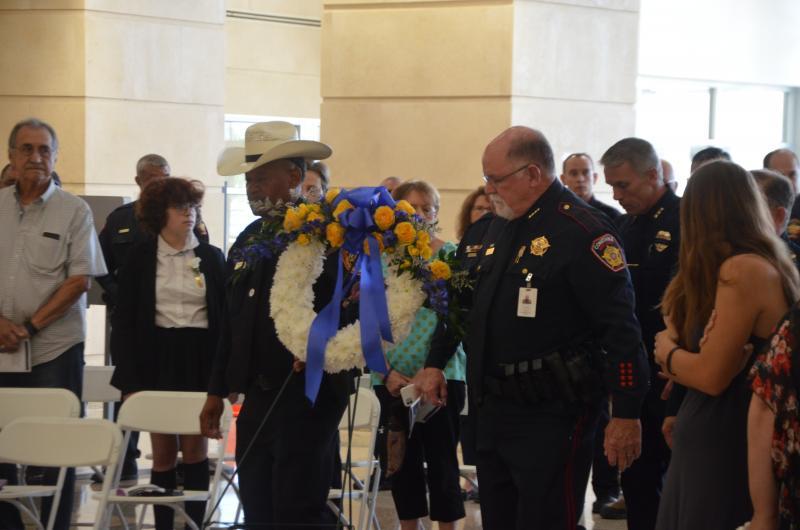 Officers who died in the line of duty from Texas were also honored during a roll call of names. 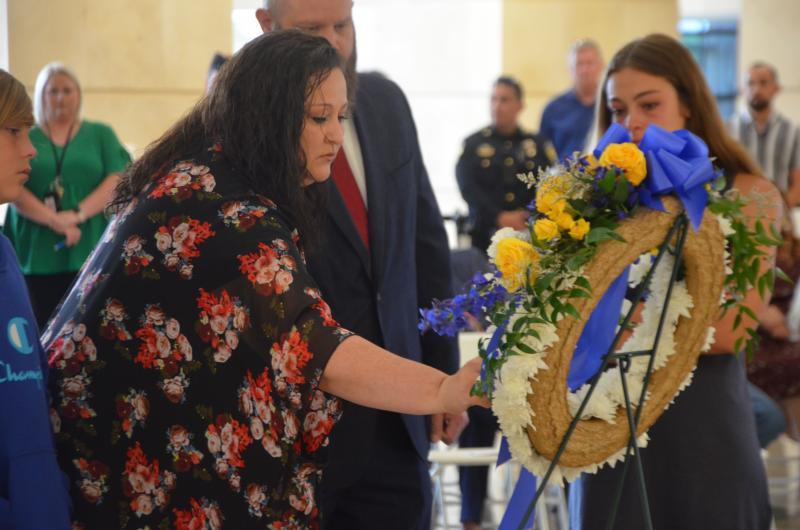 Above, a white carnation is placed on a memorial wreath during Tuesday’s Law Enforcement Officer Memorial Ceremony at the Hays County Government Center.

Taps played as the officers saluted, honoring the county’s, state’s and nation’s fallen officers in 2021.

National Police Week takes place during the week of Peace Officers Memorial Day, which  began in 1962 when President John F. Kennedy signed a proclamation that May 15 would serve as the day, and the week which it falls would be police week.

“Ladies and gentlemen, it’s our solemn wish to have these ceremonies separated by long distances but unfortunately it’s my duty to report that we shall again gather next year to honor our fallen,” Strain said. “As of [Tuesday], there have been 102 officers across the country, 23 from Texas, that have died in the line of duty this year.”