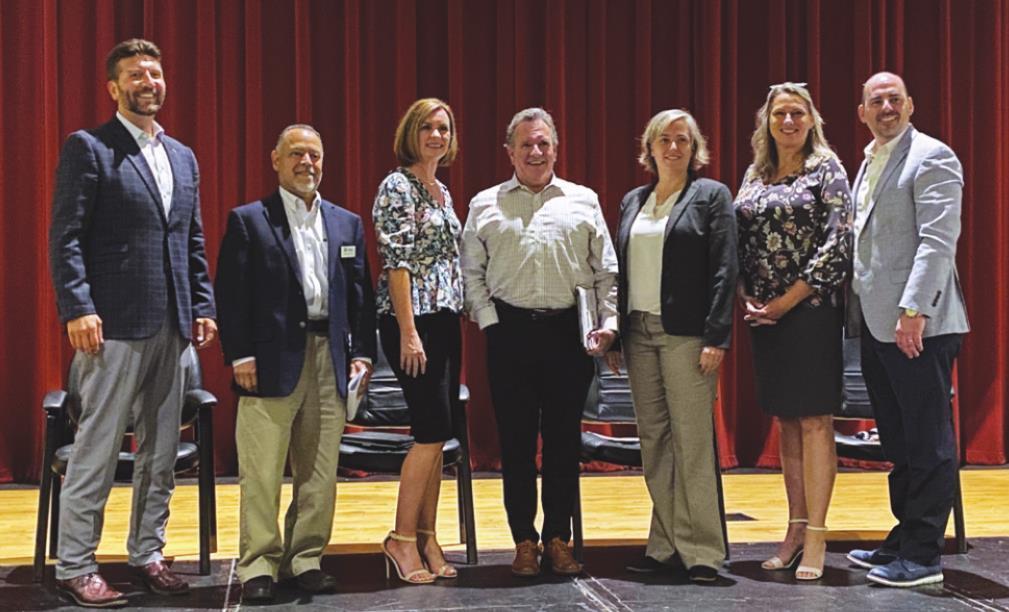 Housing experts made it clear during a conversation hosted by the Greater San Marcos Partnership and San Marcos Area Chamber of Commerce on Thursday that housing options will have to change in order to serve more people in the San Marcos region.

The discussion focused on the “missing middle” — a term describing a wide variety of multi-family housing options with multiple units in walkable neighborhoods.

Mitchell said holding conversations regarding the “missing middle” are important as San Marcos and the nation face issues addressing housing. He added that over the last 65 years only 20% of income earners in the U.S. have been able to keep up with rising home prices.

“The problem is house prices have been rising substantially faster than incomes. And so, after 65 years, it’s now become very acute,” Mitchell said. “The next step is to talk about this. Well how do you start? We’re having to form the change of housing and the bulk of that bottom 80% will be served with 'missing middle.' So, that’s why we’re talking about it. We have to change the form of housing to be able to push the house price down, or the rent cost down, to reach more people.”

In Central Texas, the median home price has increased by 10.7% since June 2020, homes are selling 34 days faster than last year and the area faces little housing supply, according to Four Rivers Association of REALTORS.

“The affordability that already wasn’t there is continuing to decrease,” Spruiell said. “People that worked in Austin but couldn’t afford Austin obviously migrated to the Kyle and Buda area. Well, that area in particular is insane. The median home price increase in May was up almost 40% and about the same in Kyle, with no inventory. That’s what’s obviously leading to the increase is the supply and demand issues.”

Included in “missing middle” housing are duplexes, fourplexes, townhomes and multiplexes. Gillfillan said city governments have tremendous amounts of power in determining what types of housing gets built.

“Cities across the nation are looking at how can we do more to allow more types of housing and workplaces,” Gillfillan said. “I think we’re at a point where providing enough housing at the level of affordability that when we talk about ‘missing middle’ I think we’re talking as much about those housing types in the middle as we’re talking about the middle income folks within our community that want to be able to afford housing.

“So that’s where policy comes into play,” she added. “It’s something that you can do to make a huge impact and influence on the amount of homes, the types of homes and where those homes are built.”

“I currently work in Austin. I live in Kyle. I worked in San Marcos. We lived in Kyle when it was like 5,000 residents and now it’s 50,000,” Alarcon said. “This change is going to come whether we want it or not. What I try to be positive about is that at least it’s coming here but we have an opportunity to do something about it and get in front of it and make it better. Otherwise, the market is just gonna do whatever it wants. It’s just inaction is one of those barriers that if we just keep as is, it’s just gonna take on a life of its own.”

Gillfillan said bold action should be taken in order to address the need for “missing middle” housing.

“San Marcos is a lower income community in this corridor,” she said. “If San Marcos wants to continue to stay the city that it is with the people who live here now, we should be bold around this issue in order to make sure people can stay here and that we stay with the community character that we have. I would say it takes everybody talking to their neighbors … I think that we should be bold and people should be able to build housing for the people that live here in the community within our community and not have to push people to the outskirts and outside of our city.”