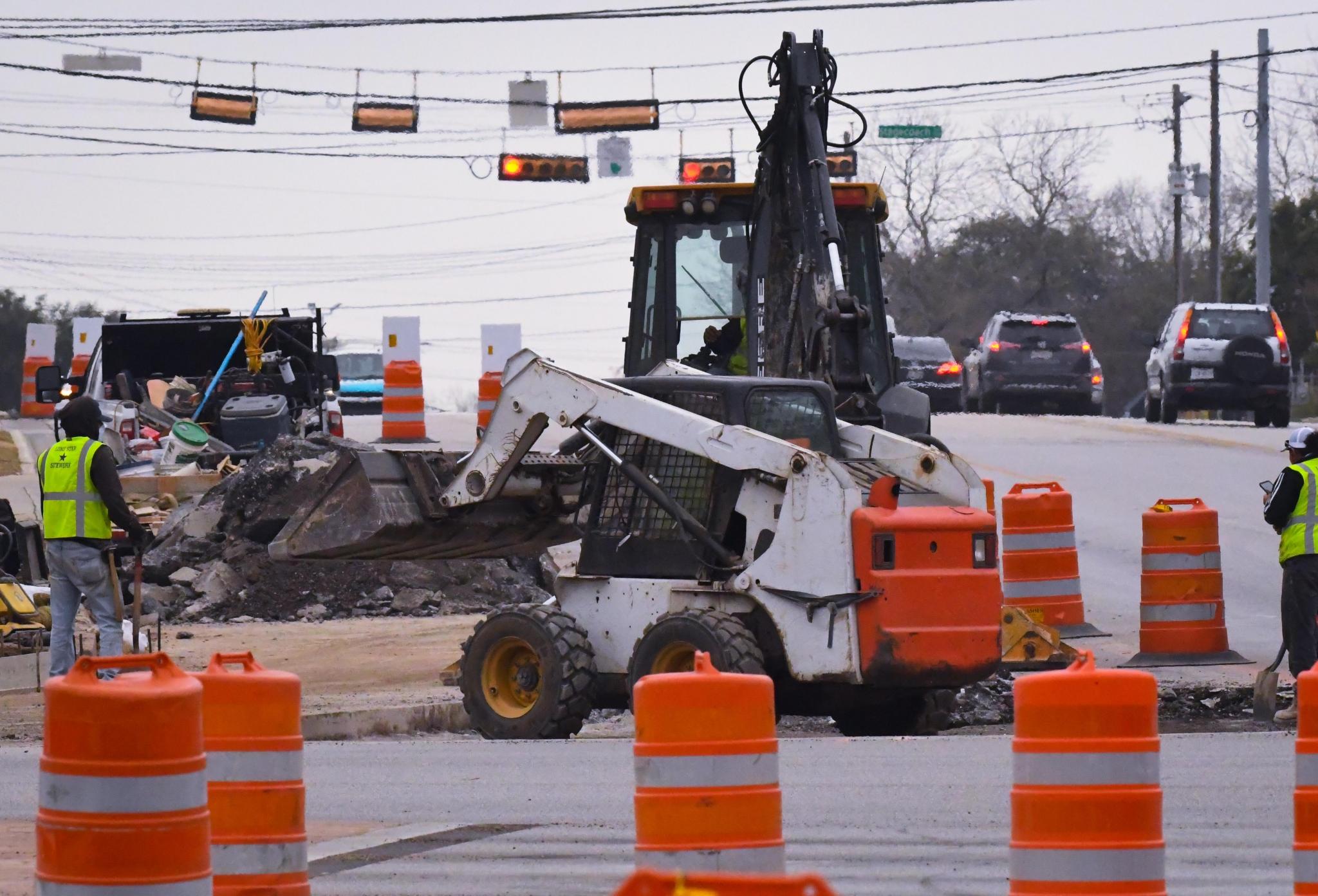 Above, a construction crews work on the City of San Marcos' intersection safety and improvement project at the corner of Wonder World Drive and Hunter Road. Construction on project's fourth phase began Tuesday. Daily Record photo by Lance Winter

The final major phase of the City of San Marcos’ intersection safety and improvement project at Wonder World Drive and Hunter Road is underway.

Construction on the project’s fourth phase began Tuesday with work focusing on the intersection closest to the Subway restaurant in the Village at Park South shopping center.

The city said drivers should expect several lane closures as work continues at the intersection: Northbound Hunter Road has been reduced to one lane. The city is encouraging drivers turning right at the intersection to use Stagecoach Trail as an alternative route. Additionally, eastbound and westbound Wonder World Drive will be reduced to two lanes, the city said, adding that drivers turning left on the westbound side are encouraged to use Stagecoach Trail as an alternate route.

Traffic detours signs are placed around the construction area. Construction crews have placed erosion controls at the intersection, the city said.

Construction is expected to last two weeks but could be delayed because of inclement weather. Following Phase 4’s completion, crews will start nighttime mill and overlay process, install traffic striping, signage and delineators, the city said.

Construction on the project is expected to be completed by the end of February.

According to the city, Lone Star Sitework of Wimberley is working on the $713,196 project. The Capital Area Metropolitan Planning Organization provided $445,000 in federal funding with the remainder of the project funded through the city’s capital improvements program.