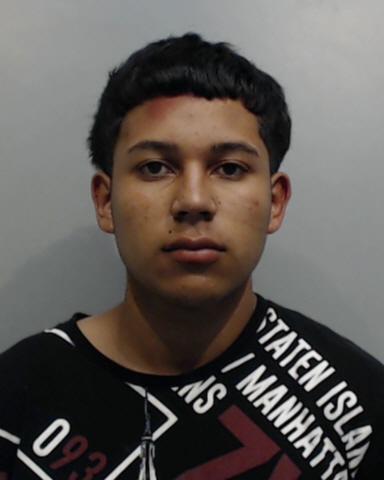 Four individuals have been arrested following two car burglaries in Kyle this Sunday.

According to the City of Kyle, the police arrested one adult, 18-year-old Anderson Ronayd Cortez of Austin, and three youth, ages 16,14 and 13, and charged all four with two counts of Burglary of a Motor Vehicle and one count of Engaging in Organized Crime.

Police were alerted to the burglaries, which took place in the Meadows of Kyle Neighborhood, after being called to Purple Martin by witnesses. Officials said the victims witnessed the men rummaging through a vehicle.

The two vehicles burglarized by the young men — a 2003 Pontiac and a 2017 Chevy Malibu — were both unlocked according to police records.

“The items stolen from these two vehicles include sunglasses, phone chargers, knives, a cell phone, a wallet, gloves and an iPod,” Kyle Police Chief Jeff Barnett said in a press release.

“In addition to investigating other car burglaries, we are actively looking for two stolen vehicles,” Barnett said in a press release. “One of them is a black 2003 Chevy Tahoe. It has a three-inch lift kit, chrome wheels, a temporary tag and a US Marine emblem on the back. The other vehicle is a 2010 maroon Ford Edge.”

According to Barnett, additional charges could be filed against the four males who were arrested as investigations are completed on the other vehicle burglary cases.

If anyone has any information about the Tahoe or the Edge is asked to call the department’s non-emergency number: 512-268-3232.

Kyle Police Department also asks residents to lock their vehicles at all times and to remove valuables from vehicles when parking, even at home. They also discourage leaving spare keys to one’s residence and other vehicles inside of one’s vehicle.