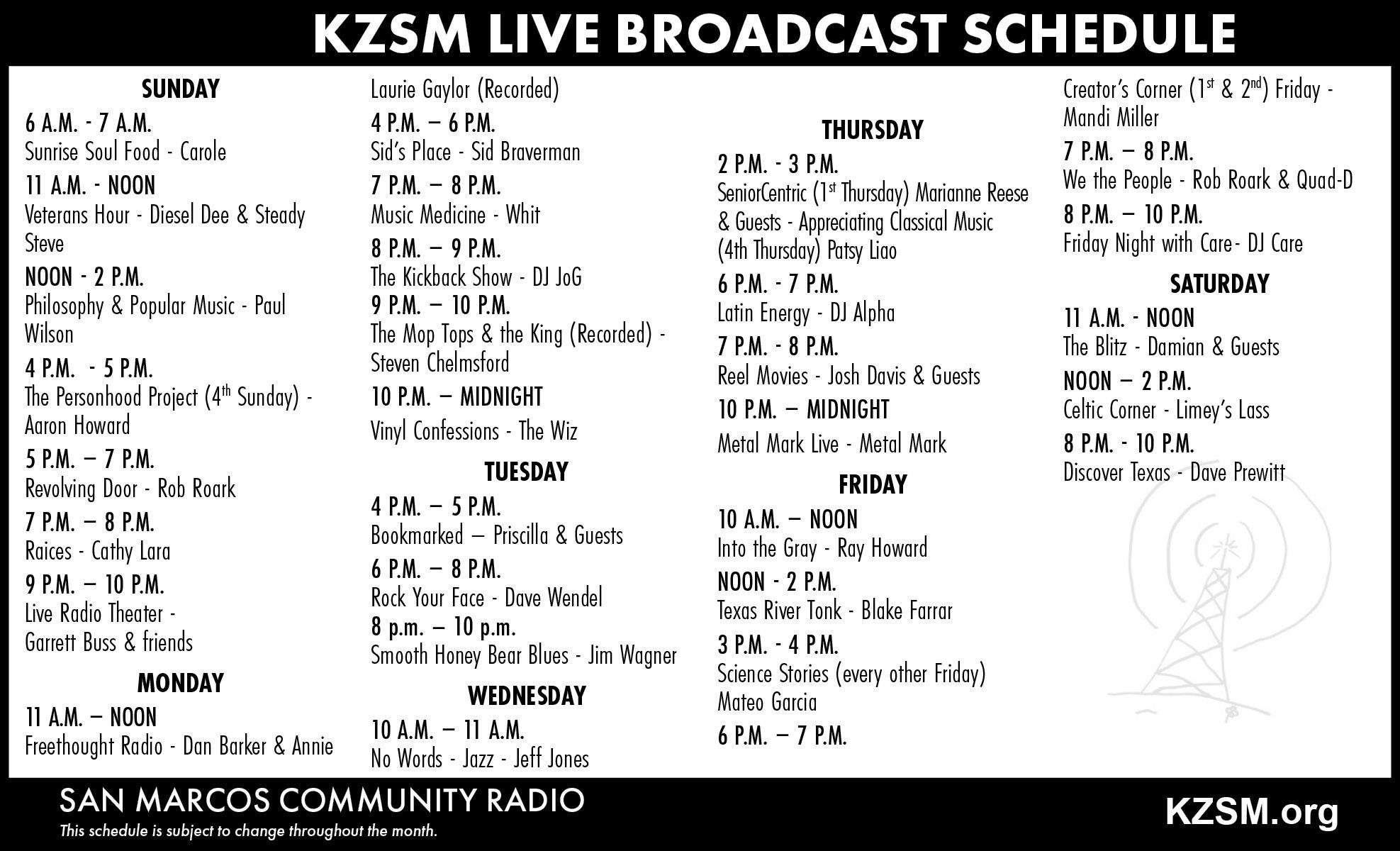 KZSM — Kickback with music and memories

We at KZSM.org are happy to welcome another unique music show to our eclectic schedule. “The Kickback Show,” hosted by DJ Jo-G — Joseph Gonzales — plays live every Monday night from 8-9 p.m. The broadcast features music from the 1990s and early 2000s, “good music from the era of MTV/VH1/BET days when they still played music videos all day and all night,” Gonzales explains. The name expresses the mood he hopes to create—”like when you and your friends gather for a barbecue or pool party . . . and just ‘kickback’ and enjoy the moments.”

DJ Gonzales concentrates on creating the perfect vibe rather than restricting himself to any one genre. “I can mix hip-hop with Latin music, then maybe switch it up and throw a classic rock song in there then go to country. I just love genre mixing in general.”

His mix includes ‘90s favorites Tupac Shakur, Biggie Smalls, Snoop Dogg, Outkast, and Bone Thugs-N-Harmony. For the 2000s, he likes to play Kanye West, Eminem, and the Ying Yang Twins. “Houston legends such UGK, Chamillionaire, Slim Thug and DJ Screw were all in my playlist in High School,” he reports.

But every show will be different, shaped by the vibe of the moment and input from guests. “I plan to have a lot of local DJs who helped me get started in the DJ game--also music artists to talk about how they were inspired from their favorite artists from the era.”

Gonzales has been part of the San Marcos DJ scene for years, and came to KZSM after a guest appearance on “Latin Energy” (Thursdays 6-8 p.m.) with his friend Josh Gomez (DJ Alpha). He quickly identified with the station’s mission: “I love how it’s all locally supported and all volunteer work--people who just love what they do, bringing entertainment to San Marcos is awesome. I thought I’d jump on the KZSM community and help it grow as much as I can.”

His experiences as a DJ make Jo-G an expert in creating moods and memories. He promises: “if you’re familiar with ‘90s/2000s music, you’ll hear a song and say ‘Man I love this song, I haven’t heard this one since...’ and the memories will start, you may be hanging out with friends and start up an awesome conversation about what you were doing in life when a certain song came out for the first time.”