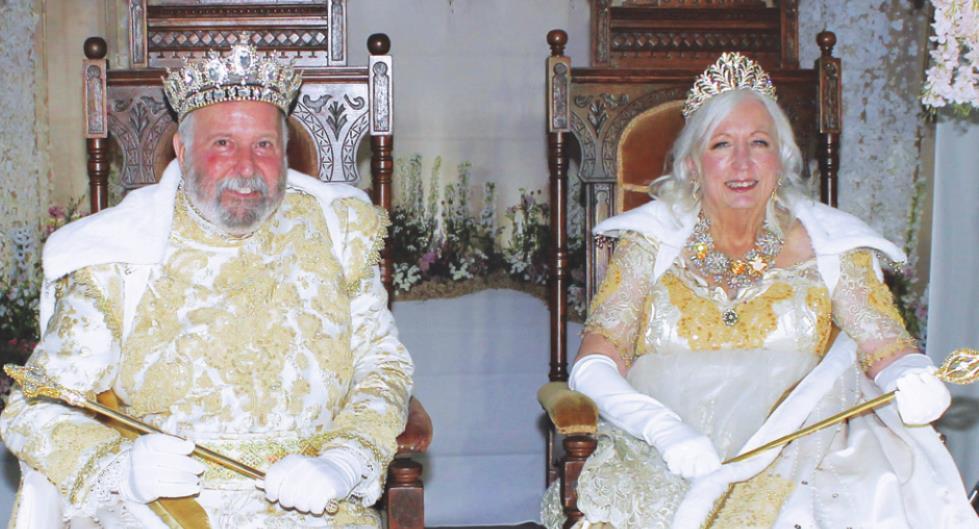 For 10 years the Mistick Krewe of Okeanos has celebrated the beginning of Mardi Gras season with a Twelfth Night Ball. The ball featured the coronation of the king and queen and presentation of the debutante coterie. Krewe royalty are selected based on their lifetime contributions to the community. Above, serving as King Okeanos X is Wayne L. Kraemer and as Queen, Ann DuPont. Photo submitted by Mistick Krewe of Okeanos

The Mistick Krewe of Okeanos presented its 2022 Debutantes at its Twelfth Night Ball on Jan. 8.

Debutante balls have been held around the world since the 1800s. Traditionally they were a way for the “Head” of the family to make known that his daughter was of marriageable age. Back then, the hope was that she would be courted by someone who would bring prestige to the family. Today, debutante balls remain a formal event that the parents share with their daughters a symbol of her entering adulthood. However, they have now become a vehicle to network and help with a transition from dependency to independence and self-sufficiency. The young women who were selected as 2022 Debutantes are well thought of by their peers and outstanding in many ways. They participate in their schools’ athletic activities, are excellent students, and show a strong sense of community responsibility through their volunteer work. The Krewe is very proud to have such outstanding young women as our ambassadors to the future. 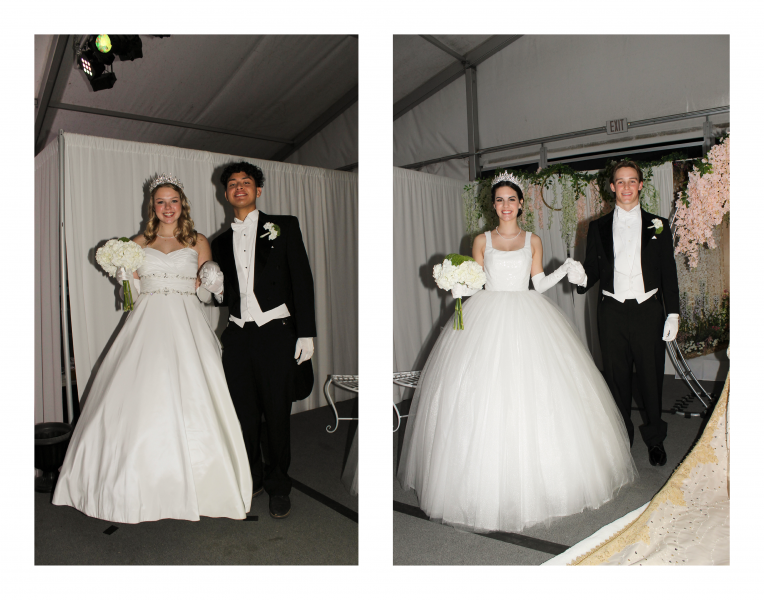 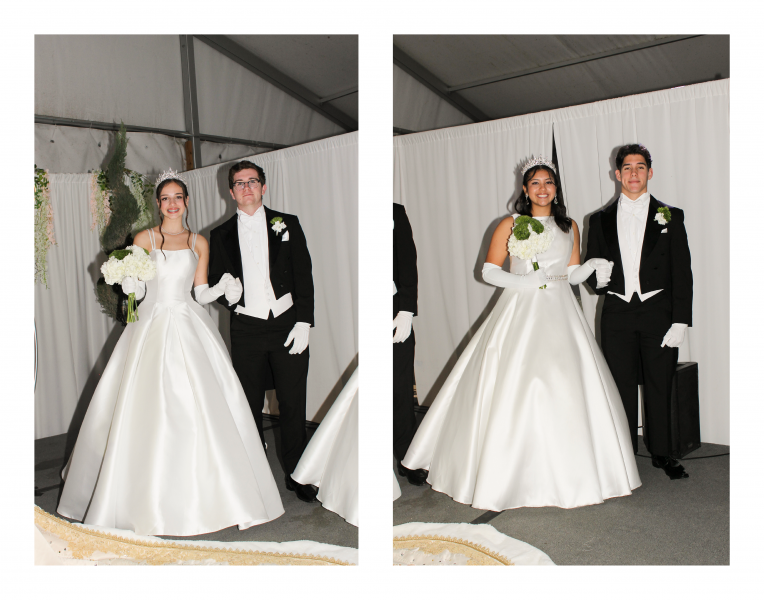 Garrard was escorted by Maxwell Graham Watson; and Martinez poses for a photo with her escort.

Miss Aubrey Garrard is the daughter of Sarah and Tony Garrard of Seguin. She is currently completing her junior year at One Day Academy and she formerly attended Hill Country Christian School in San Marcos. Aubrey enjoys volunteering at her home church and school.

She has taken an active role in vacation bible school, the church nursery, and kids church. She has always participated in sports and plays volleyball, basketball, softball. Her favorite sport is softball which she has played since she was seven years old.

Aubrey enjoys spending time with family and friends engaging in such activities as camping, fishing, hiking, swimming and paddle boarding. Aubrey was presented by her father Tony Garrard and escorted by Maxwell Graham Watson.

Miss Emily Harrison. Daughter of Ellen and Casey Harrison is completing her junior year in high school. She is a valuable member of the girls’ volleyball team that advanced to the national playoffs. She plans to play volleyball at the college level. Emily has recently received her scuba diving certification and enjoys diving in the river and fishing. Her hobbies include painting, cooking, and learning to play the ukulele.

Emily hopes to travel the world and would like to be a foreign exchange student. Long term she aspires to own her own business.

Miss Lacey Elizabeth Fields, daughter of Mr. and Mrs. Daryl Fields, originally was from San Marcos during her freshman year where she attended San Marcos Academy. During her freshman year, Lacy served as a student ambassador, was a varsity cheerleader, lettered in four sports, as well as maintaining straight A's. She also volunteered with “Giving Hope,” an organization that helps the food insecure.

However, when the pandemic started Lacey and her mother moved to Abilene to help elderly family members.

Lacey began her sophomore year at Abilene Christian School where she again made the varsity cheer team, this time via Skype. Her cheerleading talents have resulted in her being a two time UCA All American Cheerleader. She recently performed in the Pearl Harbor 80th Anniversary ceremony and parade. She also is a member of the ACS Choir that performed in Branson in 2021. For her continued work in fundraising for the food Insecure, Lacey was recognized as the 2022 Texas Teen Miss Heart of the USA.

Miss Gillian Martinez, daughter of Mr. and Mrs. Henry Martinez of San Marcos, is affectionately known as “Gigi.” She is a straight-A honor student in advanced placement curriculum of the STEM academic program at Hays High School. She has already been scheduled to be a distinguished level 2024 graduate within the STEM program with an emphasis on Computer Science, Gigi is looking forward to applying to Rice University, the University of Texas at Austin, University of California-Berkeley, and Georgia Tech. In addition to her academic achievements, Gigi has participated in debate and varsity tennis. Her pastime enjoyments are reading, coding, software development and listening to music ranging from Elton John and ABBA, to George Straight and Taylor Swift.

Submitted by Mistke Krewe of Okeanos