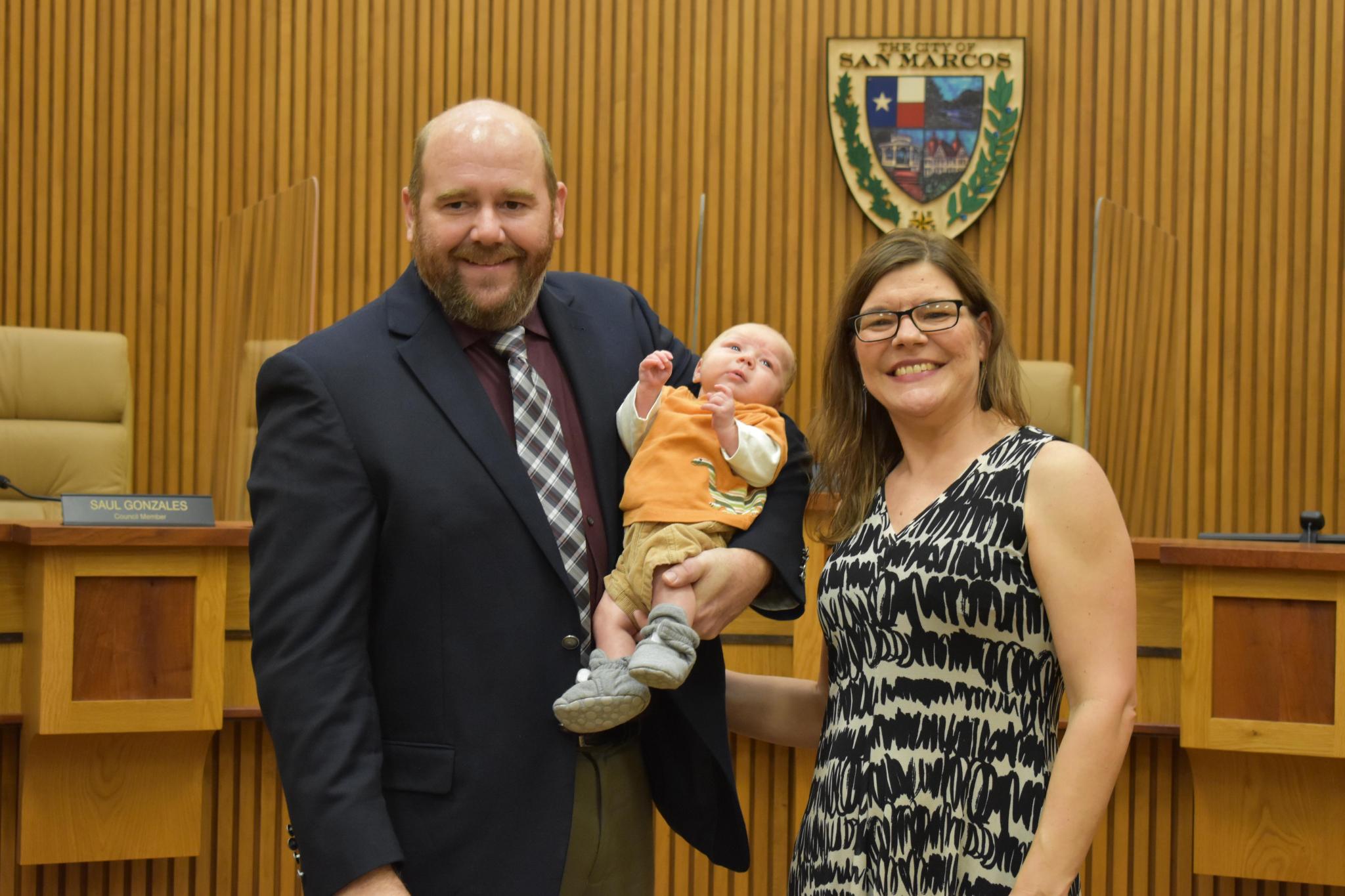 Above, Councilmember Mark Gleason smiles with his wife Ruah and his child after being sworn into office on Monday. Daily Record photo by Alyssa Gonzales

The meeting began with the council approving the canvassing of election returns from the Nov. 2 election for places 5 and 6. Afterward, departing councilmember Melissa Derrick spoke about her time while serving on council.

“It’s been an honor to serve the citizens of San Marcos for the last six years and during that time our incredible and dedicated staff have done the hard work necessary to move us forward and the direction that council has sought,” Derrick said. “We have an incredible organization behind us and it’s my hope that many more strides will be made for the better of all San Marcans in the future from this point forward.”

Derrick was also virtually presented with a service award plaque by Mayor Jane Hughson for her “faithful service to the City Council of the City of San Marcos 2015-2021.”

Mark Gleason for City Council Place 5 was sworn in first with the assistance of the Rev. Wallace Ray Marshall.

“It’s a great honor to be reelected to the city council and I would like to thank all of the citizens of San Marcos for trusting me to continue my service to the city,” Gleason said. “I would like to thank my wife, my partner, the mother of my child for, for allowing me and putting up with me and helping me through this process. Without a good partner we all know we could not do this.”

Jude Prather for City Council Place 6 was sworn in next with the assistance of his wife Dr. Kathy Martinez-Prather and their daughter Bonnie.

“I signed up for this job because, because of the challenges and I look forward to it and I know it’s going to be hard work and it’s a privilege and an honor to serve your community in this role,” Prather said. “I owe a lot to my wife and my family, Bonnie, for supporting me during all of this but I look forward to the challenge and the tough work ahead.” 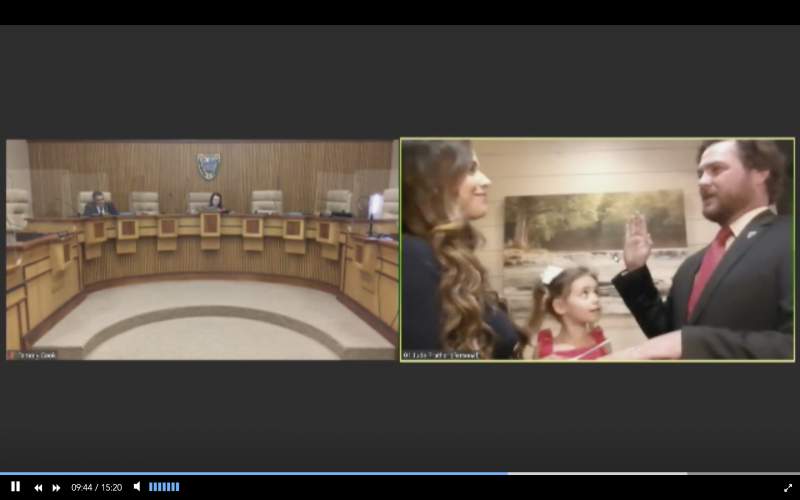 Above, newly elected Councilmember Jude Prather is sworn into office virtually by his wife Kathy Martinez-Prather on Monday. Screenshot via city council video

To watch the full canvassing and swearing-in, visit san-marcos-tx.granicus.com/ViewPublisher.php?view_id=9.