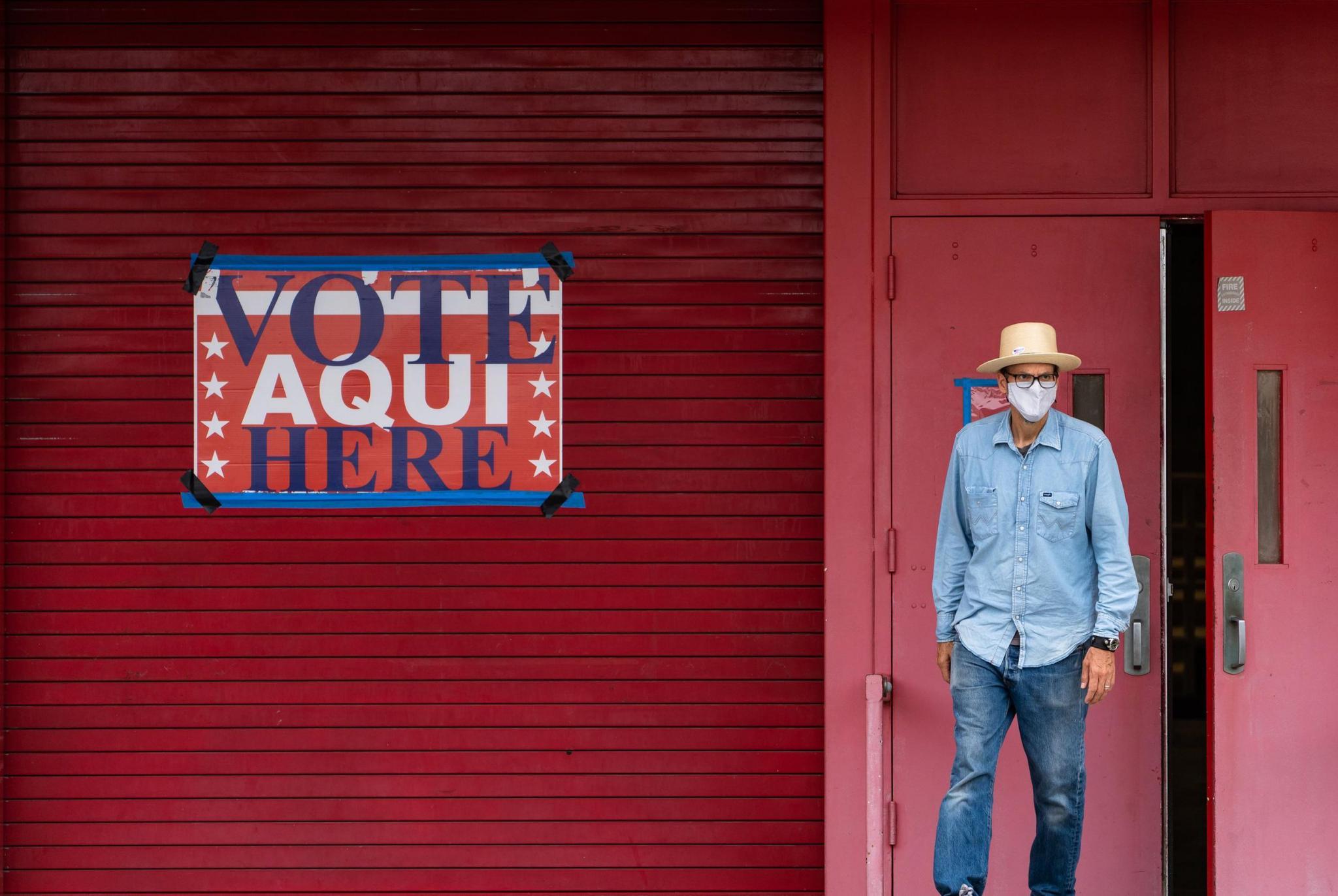 Democratic groups, as well as the Texas Alliance for Retired Americans, had fought to keep the one-punch option in place for this election, arguing it would speed up lines at polling places, meaning voters would spend less time risking exposure to the coronavirus. Credit: Jordan Vonderhaar for the Texas Tribune

Texas voters will not be able to select every candidate of a major political party with one punch, a federal appeals court ruled Wednesday, upholding a 2017 state law that ends the popular practice of straight-ticket voting for this year’s general election.

The Texas Legislature acted years ago to end straight-ticket voting in time for the 2020 presidential contest, but a federal judge reinstated the practice earlier this month, citing complications to the voting process caused by the pandemic.

A three-judge panel on the 5th U.S. Circuit Court of Appeals overturned that decision Wednesday, ruling that the law ending the one-punch option should go into effect even as voters and election administrators contend with the coronavirus pandemic, citing the U.S. Supreme Court’s “emphasis that courts should not alter election rules on the eve of an election.”

Early voting is set to start Oct. 13 in Texas.

The opinion, which was not signed, came from a panel of three appointees of George W. Bush: U.S. Circuit Judges Edith Clement, Catharina Haynes and Jennifer Walker Elrod. The court had already paused the lower court’s ruling with a brief administrative stay, but Wednesday’s eight-page decision is a firmer word on the matter.

Texas Democrats fiercely opposed ending one-punch voting when it was considered years ago at the Capitol, and it passed largely on party lines. Straight-ticket voting is a popular option among voters of both parties; in 2018, two-thirds of Texas voters used that option. But Democrats fear the loss of the one-punch option will be felt most heavily among their voters, particularly voters of color in large urban counties, where the ballots can stretch on with dozens of local judicial races.

Democratic groups, as well as the Texas Alliance for Retired Americans, had fought to keep the one-punch option in place for this election, arguing it would speed up lines at polling places, meaning voters would spend less time risking exposure to the coronavirus. They also argued eliminating it would disproportionately affect voters of color and lead to voter drop-off — when voters do not complete their full ballots — especially in the state’s big cities, Democratic strongholds where ballots can stretch on and on.

Attorneys for the Democratic groups did not immediately respond to questions Wednesday evening about whether they plan to pursue an appeal.

U.S. District Judge Marina Garcia Marmolejo, who last week ordered straight-ticket voting reinstated in Texas, wrote that ending it would “cause important delays at polling places, place Texan voters at increased risk of catching a deadly virus, and discourage voters, particularly those most vulnerable to the disease or under significant economic pressure, from exercising their rights on election day.”

And, she wrote, it would sow chaos to end a familiar and popular voting practice before a high-stakes, high-turnout election during a pandemic.

The appeals court saw it differently. The 5th Circuit judges wrote that it was Marmolejo — not the Legislature — who upended “the status quo” by ordering one-punch voting reinstated.

“Plaintiffs had plenty of time over the past three years to challenge [the law],” the appellate judges wrote.

Texas Attorney General Ken Paxton, whose office has been defending the state law that ended one-punch voting, cheered the ruling.

"The 2020 general election is already underway and election officials across the state have taken the necessary precautions to ensure safe voting," he said.

The original article was published at https://www.texastribune.org/2020/09/30/texas-2020-election-staight-ticket-voting/.