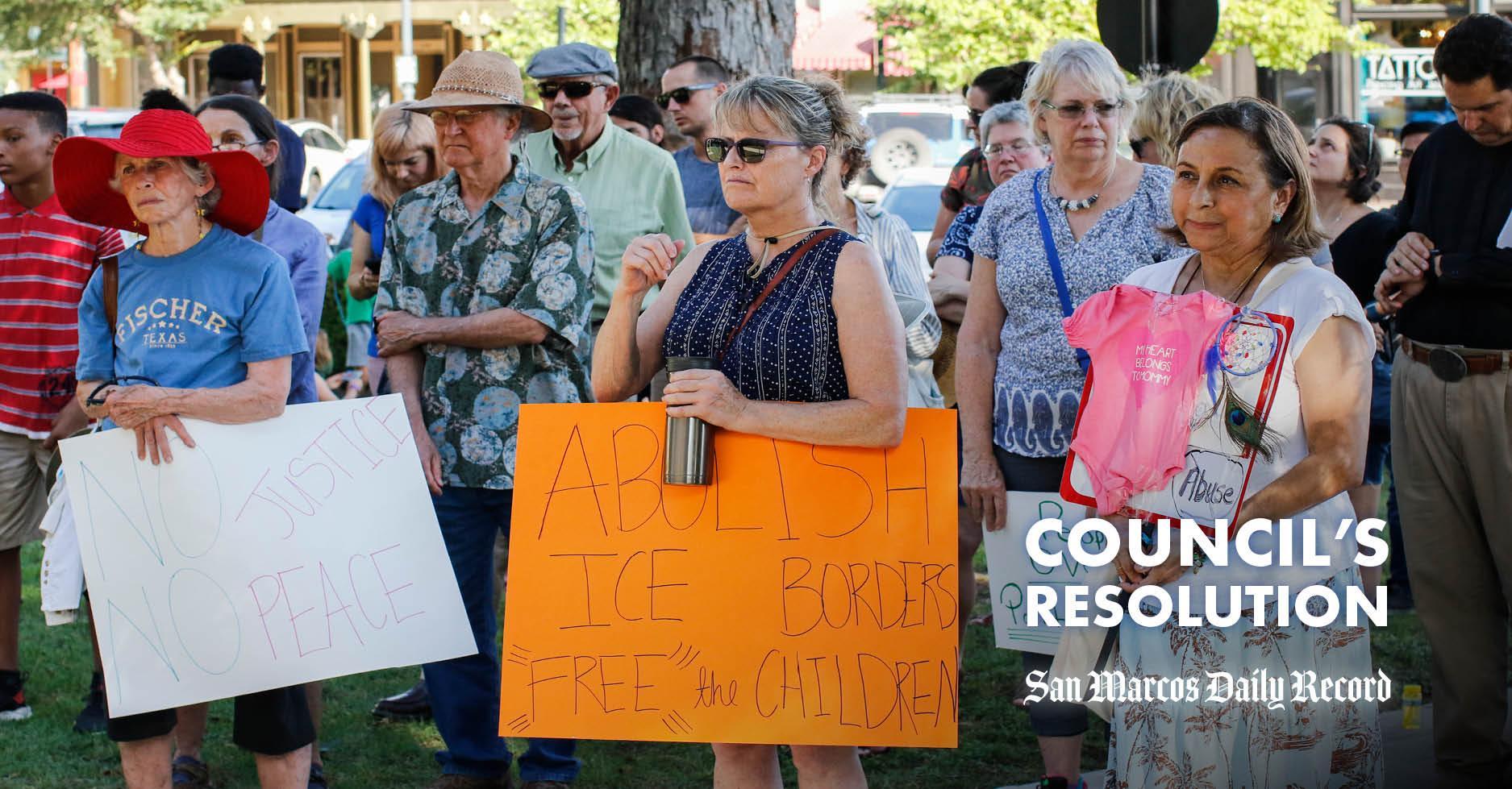 The Record’s online poll from June 29 - July 6 asked readers whether they Support the city council’s resolution for the reversal of family separation policies.

The San Marcos City Council unanimously passed a resolution supporting the reunification of families at the border.

The resolution expresses support for a U.S. Conference of Mayors resolution adopted June 11 calling for the reversal of the Department of Homeland Security’s family separation policies. Resolution No. 2018-120R expresses the city council’s support for the reversal of family separation policies, reading in part, “Separating children from their families in this manner is inconsistent with American family values. Many of these families are fleeing violence in their home countries, and it is inhumane to punish them for seeking safety and invoking their right to seek asylum.”

The city’s resolution acknowledges President Donald Trump’s executive order ordering the cessation of family separation but requests that Congress take action to make sure the “wholesale separation of children from their families at the border” ends and that families be reunited without requiring the parents to abandon their claims for asylum.

The poll asking, “Do you support the city council’s resolution for the reversal of family separation policies?” received a total of 110 votes, with the majority of votes – 48 percent or 53 votes – going to option “Yes, separating families is inconsistent with American family values.” Thirty-one percent, or 34 votes, chose, “No, the Department of Homeland Security is executing the law.” And 21 percent – or 23 votes – chose “The resolution will not do anything to change the situation.”

A majority of poll voters support the city council’s resolution for the reversal of family separation policies. Every week, the Record gives its readers the opportunity to voice their opinions on different topics. This poll does not, and does not purport to, accurately depict public opinion. It is only intended to inspire thought-provoking discussion within the community.

SMDR’s new poll is available online now, and asks for reader’s opinions on the Texas Legislature’s mandate that counties can only restrict certain types of fireworks — those with “sticks and fins” — if the area’s KDBI index is 575 or greater nine days before fireworks can be legally sold and 19 days before the holiday when the majority of them will be used. It can be voted on now.