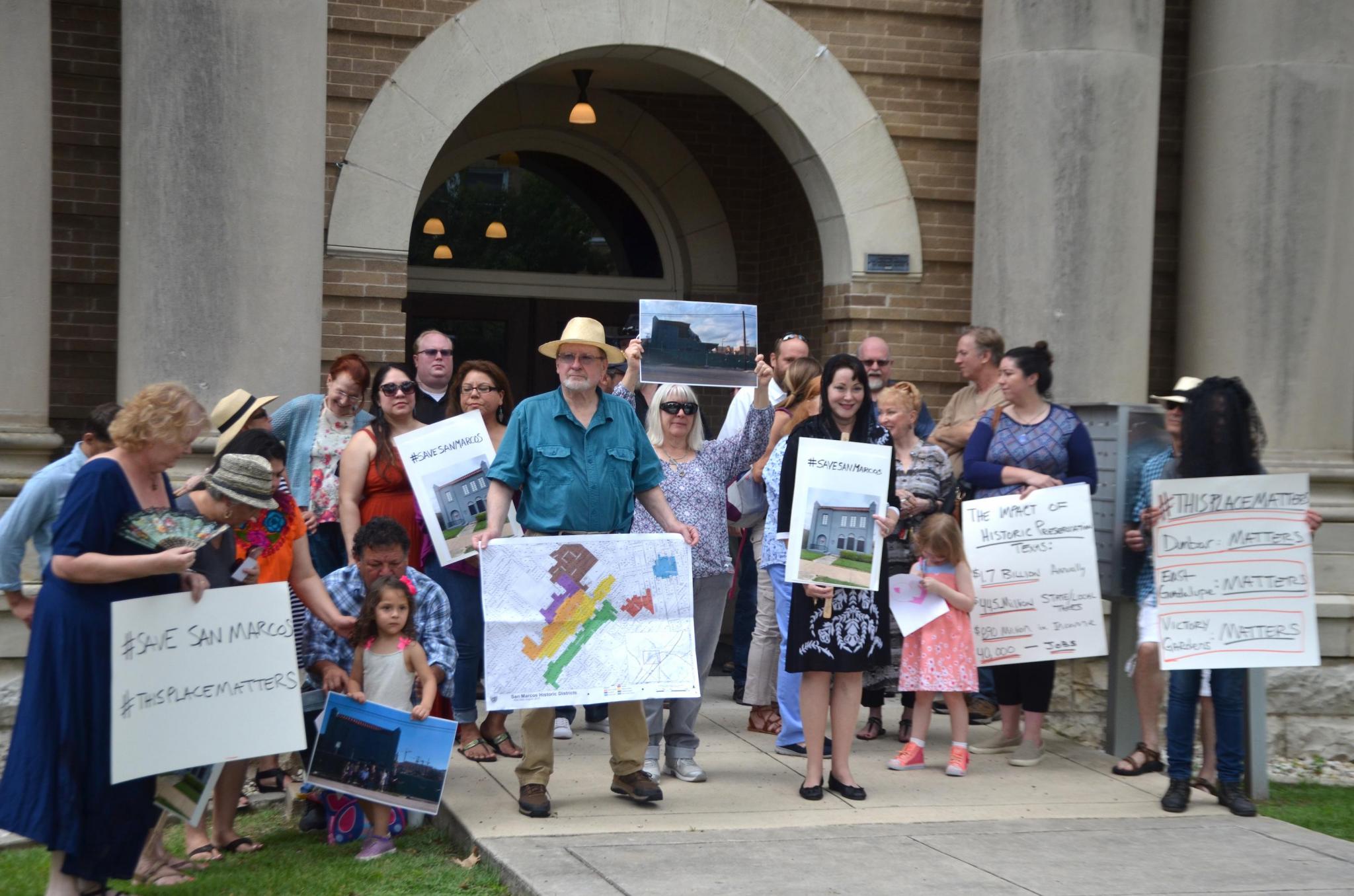 A group of 30 San Marcos residents stand in front of the Hays County Historic Courthouse during a "funeral" held for the old San Marcos Telephone building, which was demolished to make way for an apartment complex. Daily Record photos by Nick Castillo

A wreath hung and flowers were placed along the fencing where the old San Marcos Telephone building once stood, where over 30 city residents met to hold a funeral for the building on Saturday.

The group processed along San Antonio Street with signs that read #ThisPlaceMatters up to the Hays County Historic Courthouse. Inside the courthouse, San Marcos residents shared their memories of the building. 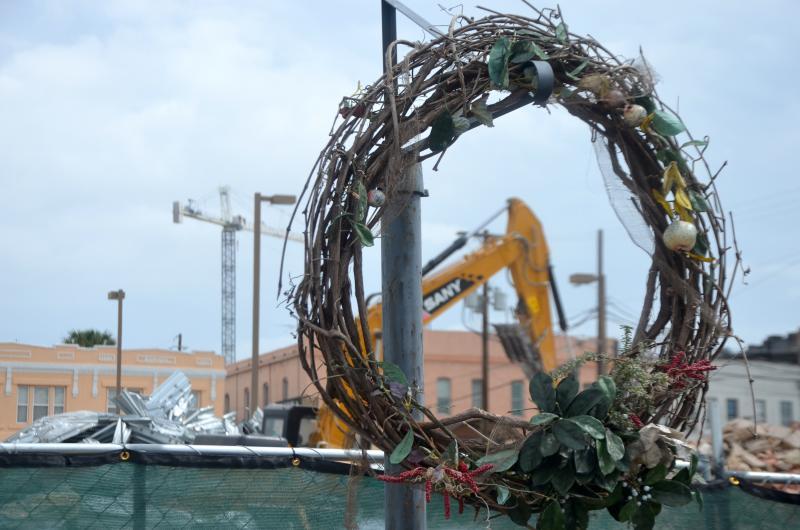 A wreath was hung on San Antonio Street in front of the fencing where the "old blue building" was demolished.

“We hope it died a hero’s life because we’re hoping it will open up a dialogue with the city to preserve other buildings in the future,” Diana Baker told reports outside the courthouse.

Griffin Spell, chair of the city’s historic preservation initiative, said by the time he’d heard the building was going to be demolished the permits had already been given.

“We never heard this, we never had a hearing, we never had a chance to have a vote. It was all done administratively and the first time we found about this they had the permits ready to go and they were ready to demolish the building," Spell told reporters. 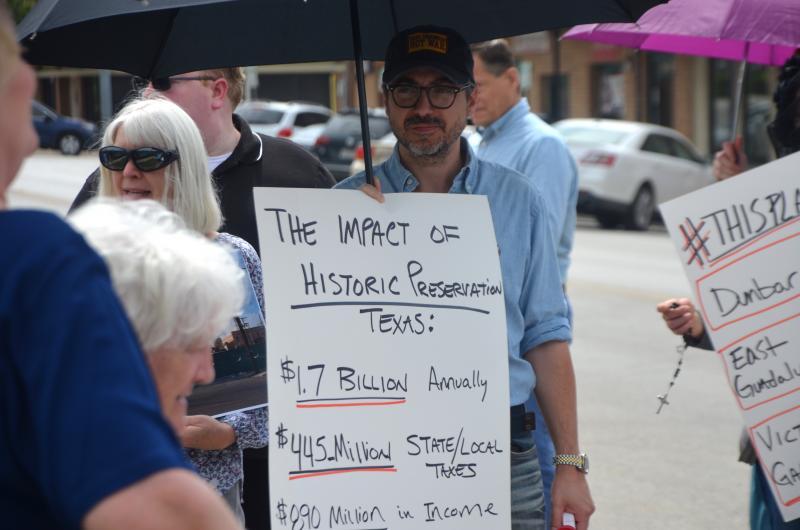 The “blue building,” designed as a Spanish-Colonial Revival and constructed in 1928, was demolished to make way for San Marcos Lofts I, a $15 million multifamily development slated to have 166 units with 240 beds. 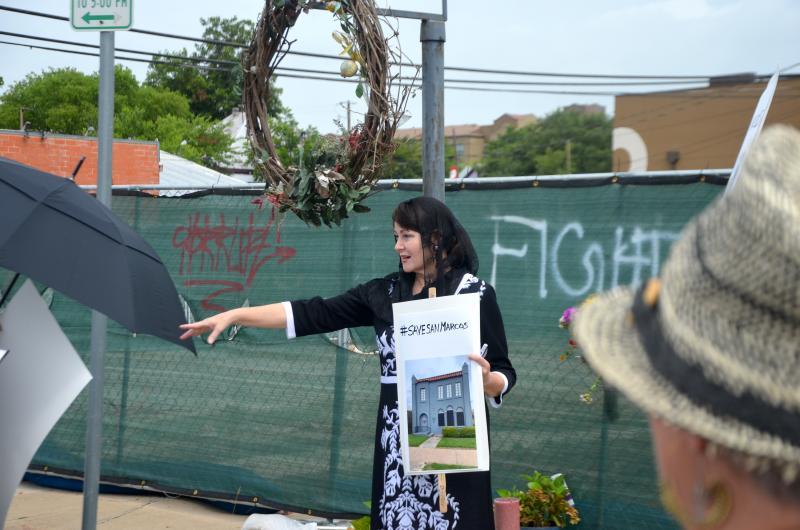