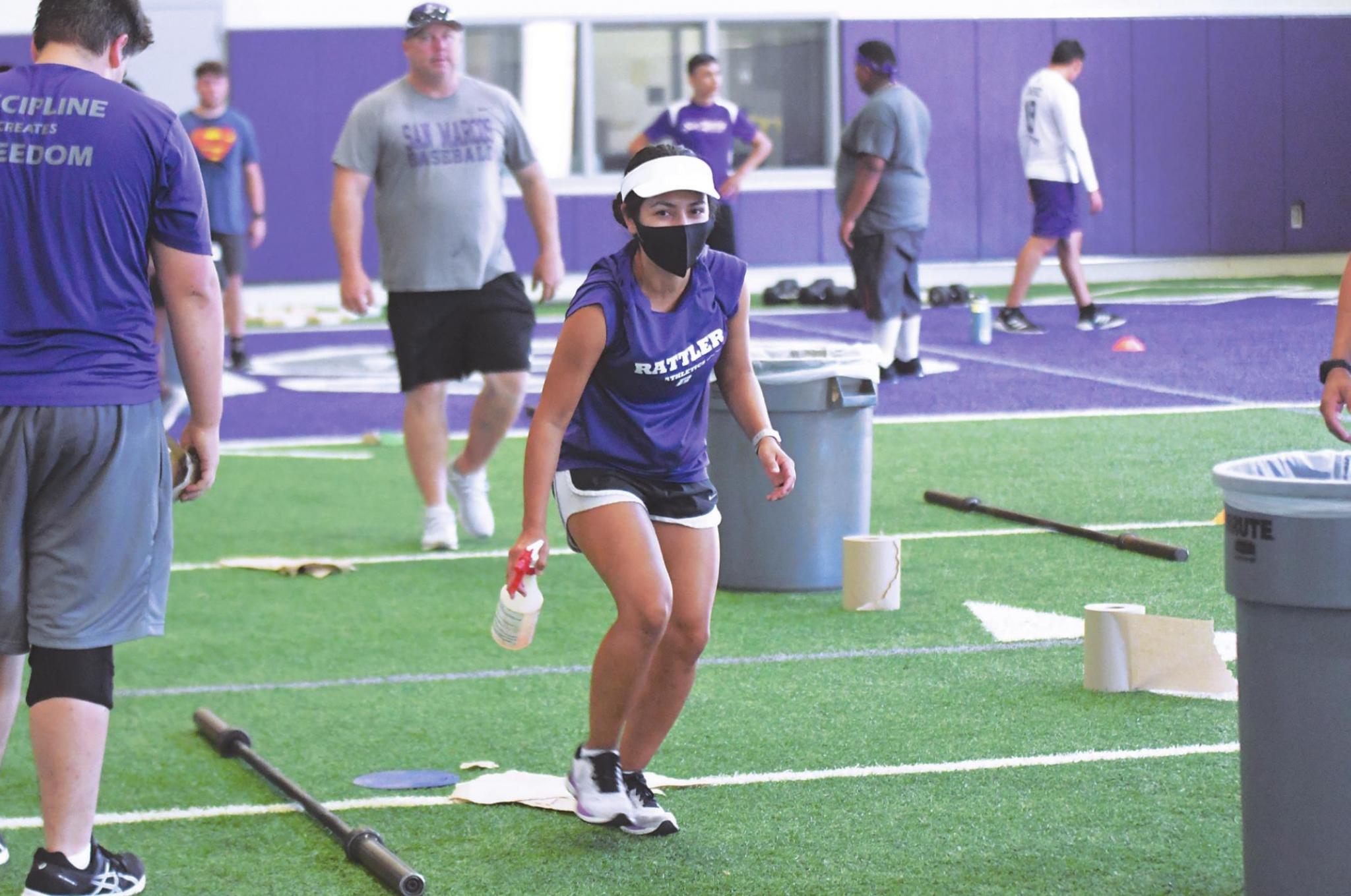 San Marcos High School athletes returned to workouts Monday amid the COVID-19 pandemic. Sporting events and workouts were suspended in March by the University Interscholastic League. Above, Michelle Washington sanitizes a bar after every use, Washington is a teacher at Miller Middle School. Daily Record photos by Gerald Castillo

San Marcos High School began the first week of its summer strength and conditioning program amid the COVID-19 pandemic, working with sophomore through senior boys and girls Monday through Thursday.

San Marcos and schools across the state resumed athletic workouts after the University Interscholastic League suspended sporting activities in March.

San Marcos Consolidated ISD had to follow a multitude of guidelines and precautions to ensure everyone’s safety during the coronavirus pandemic. Walsh said most of the week was devoted to reviewing the measures with camp participants and staff.

“This week's No. 1 goal and mission was to make sure we taught how to come back and still social distance, how to sanitize and how to disinfect. And I bet we taught more in that regard than we did actual training,” Walsh said. “But as the week progressed, their muscle memory was good and they were following instructions, so we were able to dive into the training a little bit more. And really, it was just about getting your central nervous system working again and, you know, getting get the bars moving the right way and form and just getting their bodies acclimated to working out as a team again.”

Walsh stated that his first goal upon being hired as the new Rattlers football coach was to immediately start establishing trust with his players. Despite having to stay six feet away from them, Walsh said this week was an excellent start to the process.

“The relationship-building part has been fantastic because, I mean, these kids, they were welcoming, and it was easy to — there were no walls,” Walsh said. “It was easy to build those relationships. And now the only hard part was you could highfive or fist bump for the things that they were doing right. You just had to give an air fist bump.”