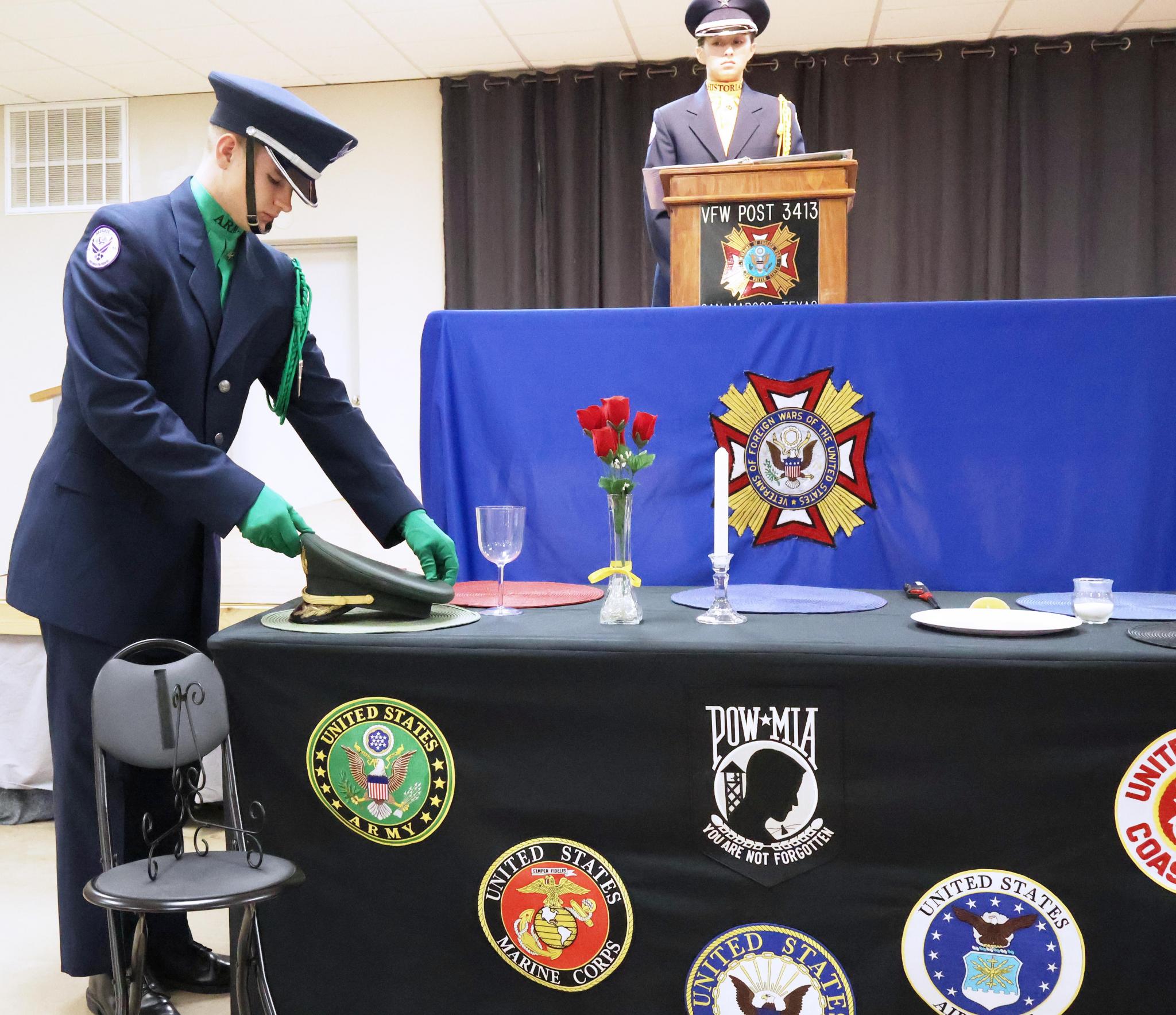 VFW Post 3413 Auxiliary hosted a Prisoner of War/Missing in Action ceremony on Friday. The POW-MIA ceremony is commemorated nationwide every third Friday in September. Above, an Air Force JROTC member places an Army cap on an Army place mat to honor all Army POW/MIA veterans. Below, Hays County Service Officer Michael Hernandez served as the guest speaker at Friday’s ceremony Daily Record photos by Zoe Gottlieb

The air was charged with emotion inside the walls of Maurice T. Suttles auditorium on Friday, Sept. 16.

An audience of misty-eyed spectators looked on as San Marcos High School Air Force JROTC cadets, one by one, adorned a table with veterans’ caps, each representing a different military branch - Army, Navy, Air Force, Coast Guard, and Marines.

“As we look upon this empty table, do not remember ghosts from our past,” said one of the female cadets. “Remember those who we depended on in battle. They depend on us to bring them home.” 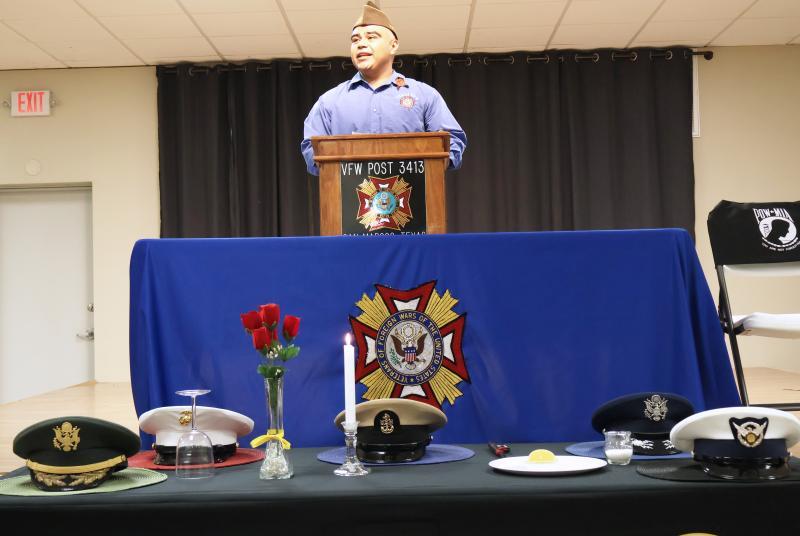 The POW-MIA Ceremony is held on the third Friday each September and celebrated nationwide. The ceremony is generally performed in conjunction with a dinner function, according to the Air Force Federation (AFF), and each item placed on the table — salt, a lemon, a candle, a glass, and a copy of the Bible — carries symbolic weight.

Salt symbolizes tears from families; lemon, the bitterness of the lost veterans’ fates. The inverted glass symbolizes the veterans’ inability to toast; the candle and its flame, a safe passage home for service members in harm’s way. The bible represents the strength “to sustain those lost from our country, founded as one nation, under God.”

Guest speaker VFW Texas State Adjutant Dan West delivered concluding remarks at the ceremony, sharing the story of Calvin Titus — a U.S. Army veteran who was awarded a Medal of Honor for being the only volunteer to scale an 100-ft wall around Peking, China in defense of his comrades.

“Here’s the point,” West said. “When we talk about remembering our missing in action, thanking our veterans, finding out those prisoners of war - I want you to think of the two words that Calvin said — ‘I’ll try.’ 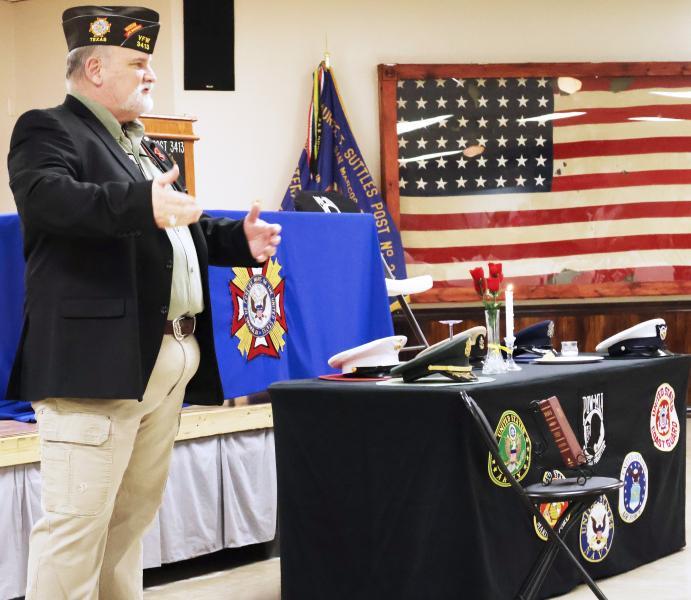 “For you ROTC cadets, for anybody in this room, I want you to think about your life adversities,”  West continued. “Did you not come up to someone who said, ‘I can’t do this. I don’t want to do this,’ maybe somebody gave you some discouraging advice, (but) somehow you managed to rise to that occasion, and you said to yourself, ‘I’ll try?’ Bring that to the forefront, because I tell you, a 14-year-old boy climbed a 100-ft wall while under enemy fire and saved 9,000 people, simply by saying, ‘I’ll try.’”