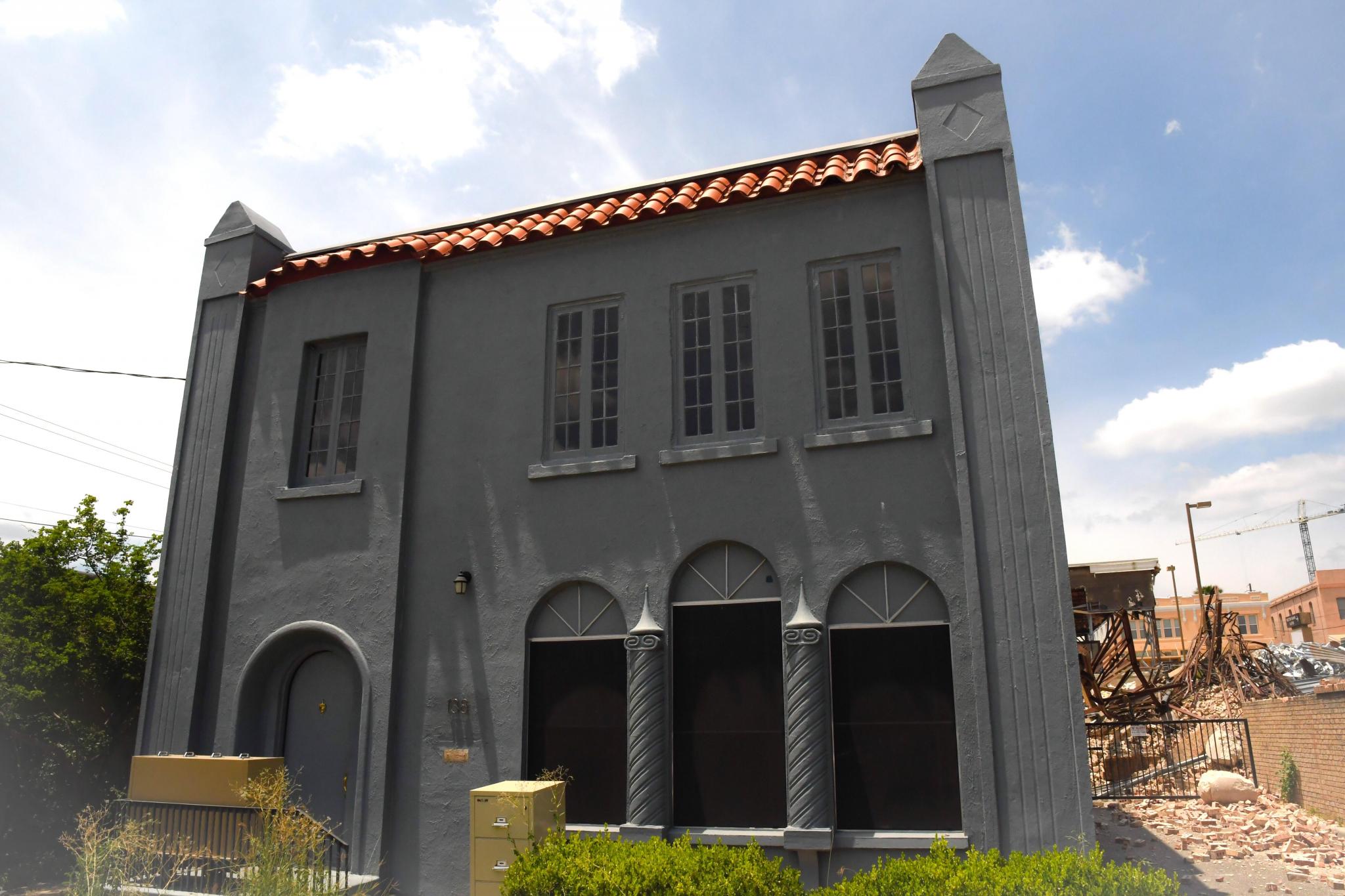 The old San Marcos Telephone Company building, sometimes called “the blue building,” is set to be demolished to make way for San Marcos Lofts 1, a multifamily development expected to be completed in 2020. Daily Record  photos by Lance Winter

Preservationists in San Marcos are mourning the loss of a building on the impending National Register of Historic Places that is being demolished to make room for a multifamily development. As of mid-afternoon Thursday, the building was still standing, but a fence had been put up around it.

“The freestanding, flat-roofed office building of stuccoed brick is accented by peaked pilasters at its front corners, and a red, barrel-tile, pent roof that stretches about six feet beyond the front facade,” the application reads.

The telephone building, the old Ozona Bank and other structures in that block between Hopkins and San Antonio Street are being demolished to make way for San Marcos Lofts 1, a multifamily development expected to be completed in 2020. According to a Facebook post by the city, the new building will be the first of a two-part multifamily complex that will have a total of 277 units with 385 bedrooms and more than 10,000 square feet of retail or office space altogether. The second part will be constructed on San Antonio Street on the site of the commercial strip where Gold Crown Billiards used to be. 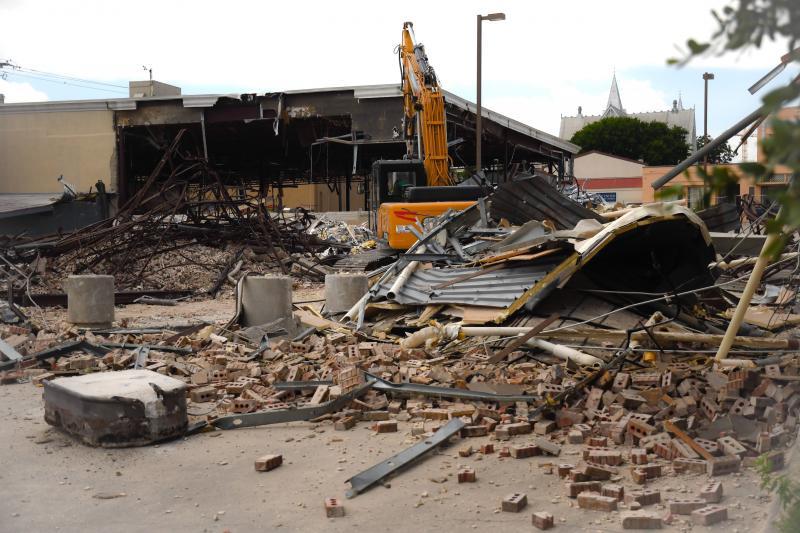 The demolition of the old Ozona Bank building began earlier this week. The remains of the building are shown as crews continue to work on clearing the space.

Though the San Marcos Telephone Company building has a place on the National Register, that designation does not exempt it from demolition. Griffin Spell, chair of the San Marcos Historic Preservation Commission, issued a statement about local rules for the demolition of historically significant buildings.

A listing on the National Register “does not interact with the city’s Land Development Code (Code SMTX) in any meaningful way,” Spell wrote. Thus, the Historic Preservation Commission was not consulted about demolition or construction at or around the site.

“To the best of my knowledge, due to prior rules established with the SMART Code, the Planning and Zoning Commission was not involved in these decisions either,” Spell wrote.

Spell said that a demolition review period for historic resources has been discussed.

The Daily Record has submitted a public records request and questions to the city to find out more about the San Marcos Lofts project.