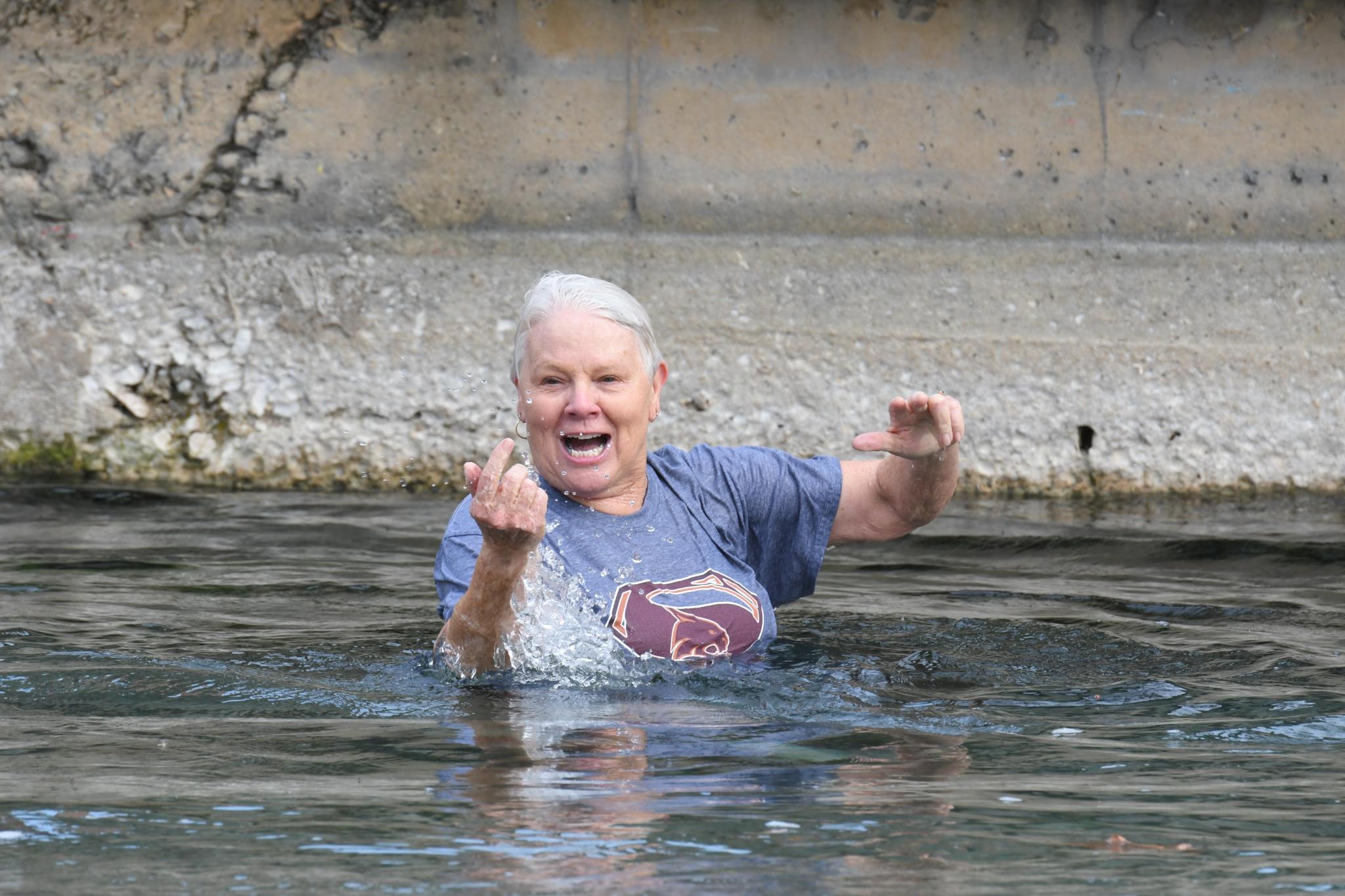 It’s normal for Bobcats to plunge into the San Marcos River when their time at Texas State comes to an end.

A friend of former longtime maroon and gold volleyball coach Karen Chisum was unfamiliar with the tradition. She watched on social media as the University’s fall 2019 graduates each took the celebratory leap at Sewell Park. She suggested Chisum do the same to mark the day of her retirement.

The time finally came on Friday. Chisum approached the river, surrounded by friends and new Bobcats head coach Sean Huiet. She removed her jacket, shoes, earrings and glasses and approached the concrete ledge.

“Are we ready?” Chisum asked the crowd. “Next chapter of my life, I don’t care if you’re ready or not.” 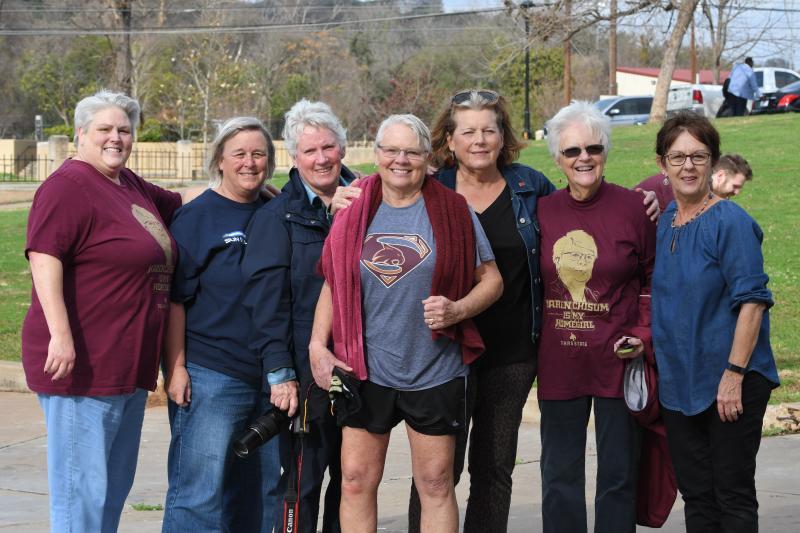 Chisum and her friends pose for a photo following the former volleyball coach’s celebratory splash.

She took four steps to her right so that she wouldn’t fall into the weeds. Those in attendance counted down from 10.

“Again, it’s a great day to be a Bobcat, but it’s time for the next era,” Chisum said. “And as you see Sean's here with me, I’m super excited for him. He hired his staff this week, so they’ll be in. I will be around. I just appreciate all the Bobcat Nation, love everybody.

“It’s bittersweet, but after that, I’m done.”