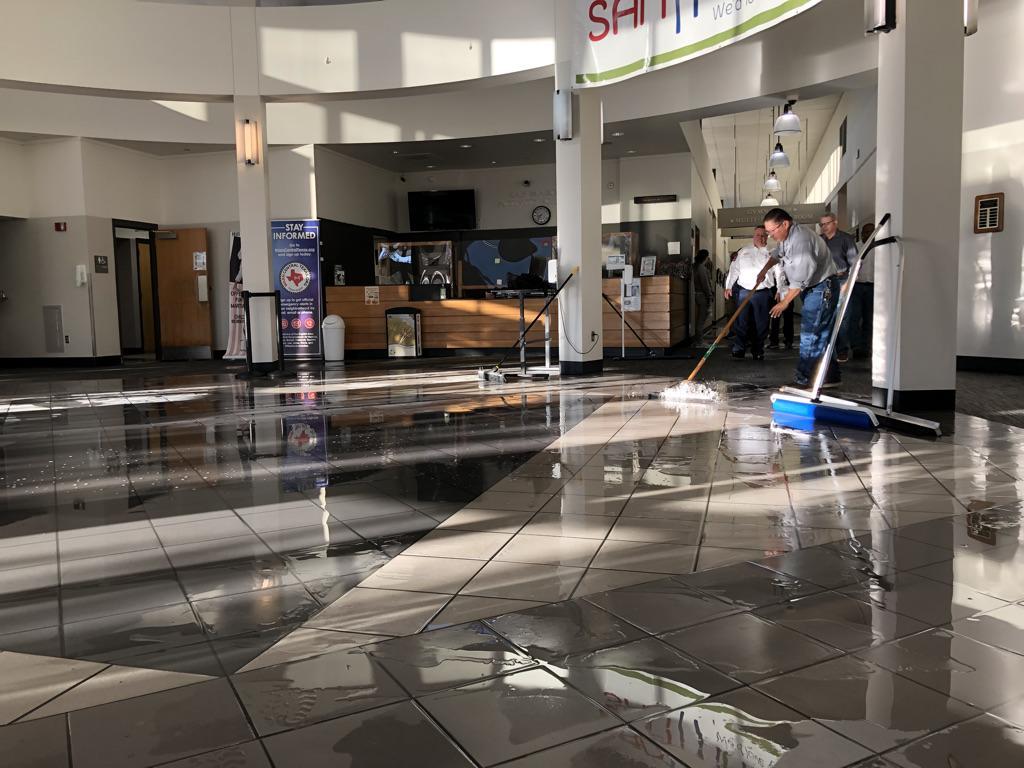 The San Marcos Activity Center will be closed indefinitely after flooding occurred in the building early Friday morning. Photo courtesy of the City of San Marcos

The San Marcos Activity Center will be closed indefinitely after flooding occurred in the building early Friday morning.

The City of San Marcos said initial reports show that the flooding was the result of a 3-inch poly pipe that disconnected from its coupler. The disconnection caused several inches of water to cover the entire facility, the city added.

A concerned citizen flagged down San Marcos police at approximately 3 a.m. after they saw water coming from the building at 510 E. Hopkins St. San Marcos Police Department officers notified the fire department and crews were able to shut off water from the activity center.

“When staff arrived, we discovered that a pipe had burst and the whole building had been flooded,” Parks and Recreation Administrative Coordinator Christie Murillo said on a Facebook video. “Obviously, we will not be holding any programing, any events here at the activity center any time soon.”

The city said remediation efforts are underway. Additionally, the city’s insurance carrier has been notified and is assessing damage and providing assistance where possible.

Current activity center memberships will be suspended and automatic payments will be placed on hold at this time, the city said, adding that customers who have items remaining in their lockers are asked to contact the activity center for help retrieving belongings.

Following the flooding event, the city is encouraging residents to utilize its many sidewalks, trails and natural areas while the activity center is closed.

The San Marcos Activity Center opened in 1997 after a $5.3 million bond election that passed in 1994. The facility celebrated its 20-year anniversary in 2017, and its locker rooms, restrooms and carpeting recently underwent a remodel project.
“Obviously, we don’t know the extent of the damage,” Murillo said. “We don’t know how long we’re going to be closed for … If you have a reservation, involved in an event or program, you can email  activitycenterinfo@sanmarcostx.gov with any questions. You can call 512-393-8280 and staff can assist you with your questions as well. Follow us on Facebook for any updates. We look forward to being able to see you when we’re able to safely reopen.”