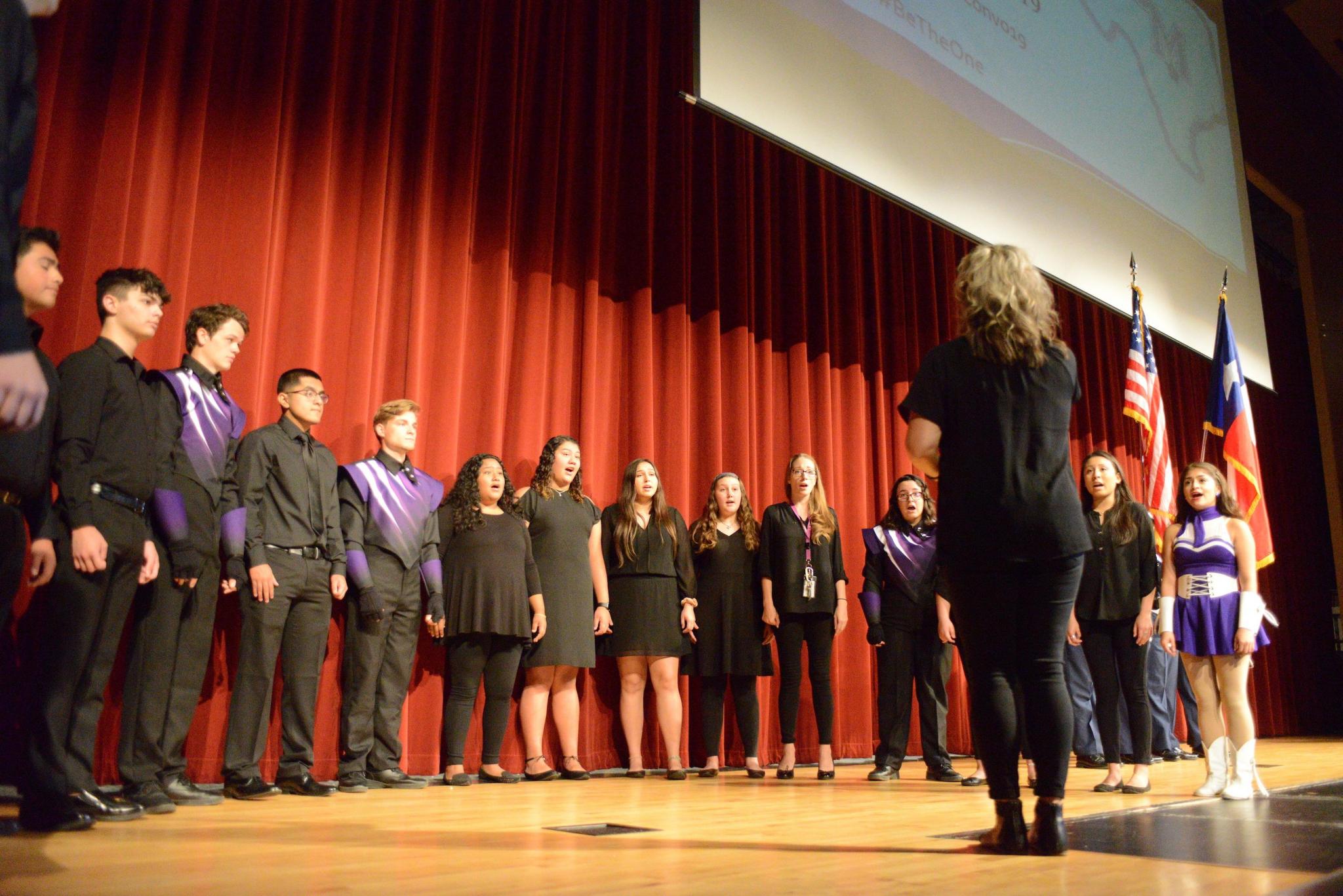 San Marcos Consolidated ISD faculty, staff and administrators gathered Tuesday morning to celebrate and prepare for the start of the new school year. SMCISD’s 2019 Convocation began with high spirits as the Rattler band performed alongside cheerleaders and drill team members.

After faculty participated in karaoke and dance games, Mike Jones, president of the Lions Club, announced a donation from the Lions Club of $20,500 to the school district. He said last year, the Lions Club was able to donate $350,000 to the community.

“We can never repay you for what you do as educators here,” Jones said.

In addition to the donation from the Lions Club, A+ Federal Credit Union, which has been a partner to SMCISD, presented a check to the high school for $23,141.35. According to Emily White, manager at the A+ branch in San Marcos High School, individuals who have a cashback account with A+ get 5 cents or 10 cents every time they use their debit card. If an individual uses a special Rattler card, A+ matches that number and gives it to the school

“This is from the community here using our debit card to give money to the school,” White said. 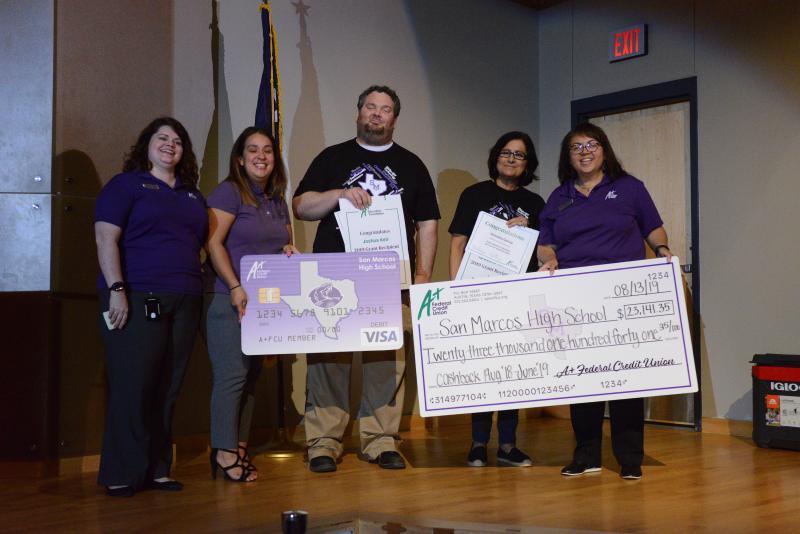 Representatives of A+ Federal Credit Union present the high school with a check for $23,141.35

During his presentation, President of SMCISD’s Board of Trustees John McGlothlin said no other room of people will so deeply impact 8,000 local residents as the group gathered Tuesday will impact the 8,000 students in San Marcos’ school district this year.

“You're many of our kids only chance,” McGlothlin said. “If you love them well, and treat each with the dignity they deserve and keep high expectations for each of them, the same you have for your own kids, we can collectively change lives and trajectories and change our town forever.”

McGlothlin encouraged San Marcos educators to help students in the district rise above the worlds’ expectations for them.

“If they make more than a year's gain in the reading level and that paves the way for them to be first in their family to go to college, then they'll remember the teacher that believed in them, the bus driver who started every day with a smile and the principal who knew their name,” he said.

During his presentation to faculty and staff, SMCISD Superintendent Michael Cardona applauded the accomplishments of the district over the last school year. Likewise, he stressed the importance of raising SMCISD’s letter grade ratings.

Cardona’s goals for the upcoming school year are to achieve an A or B rating at 100% of schools, along with having 100% of the schools' students grow a minimum of one year.